The crypto market doesn't sleep, and Algorand's Algo is far from a sleepy cryptocurrency.

Among the catalysts driving Algo higher last evening was the announced addition of an Algorand exchange-traded product (ETP) in Switzerland. This announcement took place just prior to the parabolic spike in Algo tokens.

It was also reported during Asian trading hours that Korean cryptocurrency exchange Upbit would be listing the South Korean won/Algo trading pair. This is significant news, considering Upbit's impressive market share of around 80% in this tech-heavy Asian economy.

Finally, investors appear to be bullish on Algo heading to Algorand's Decipher event next week. This event, to be held Nov. 29 and 30, is akin to many investor-day events various companies hold. Developers, investors, and other interested parties come together to discuss the future of the Algorand network. 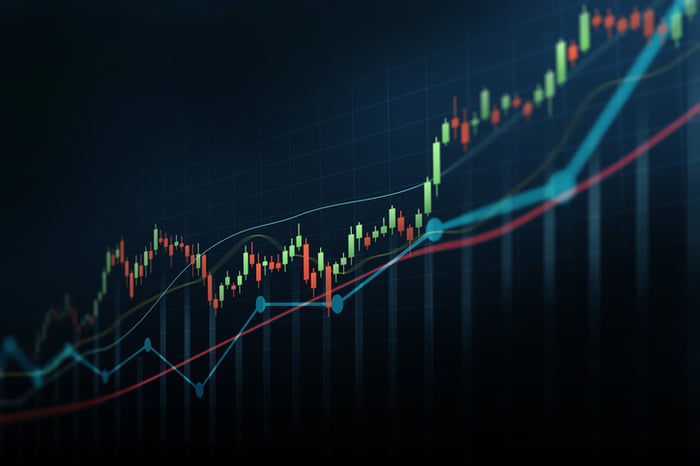 Many investors want to make money while they sleep. Indeed, one interesting fact about the cryptocurrency space is that markets are open 24/7, 365. The crypto market is also a global one. Accordingly, large moves can often happen during Asian trading hours, when big news is announced.

As a pure-proof-of-stake platform, Algorand is one blockchain network many investors have clung on to as an alternative to Ethereum (ETH 5.86%) and Bitcoin (BTC 3.40%). Algorand is among the most efficient networks in terms of energy intensity and user experience. Thus, Algo is already a crypto token with a tremendous amount of interest from investors.

And the introduction of more ETPs and listings on various exchanges is a big deal. Investors in Algo will be provided with more liquidity. Additionally, capital flows into Algorand could pick up. For those looking for catalysts that could potentially drive upward momentum, today is a good day.

These bullish catalysts appear to have driven a rather large short-term move in the price of Algo tokens. The fact that this move was not sustained has some investors wondering whether there are simply too many headwinds in the crypto market right now to support a repeat of some of the parabolic moves we've seen of late.

Accordingly, Algo appears to be a top cryptocurrency investors will want to keep on their watch list in the coming days. If momentum returns, this is a token that certainly appears to have the drivers to go on another run.