DoorDash is building the scale needed to dominate the delivery business.

Doordash (DASH -4.33%) may not get the attention of bigger food delivery stocks like Uber (UBER -0.89%) Eats in the delivery space, but it could be one of the most influential companies of the next decade. After starting with food delivery, DoorDash will now deliver alcohol, convenience store items, and more.

The reason I think this could be a great stock in the long term is how focused management is on building scale in its market. The $8 billion price tag it paid for Wolt may have seemed like a big one, but it shows how the company sees the need to build scale in its segment of the market, not only in the U.S. but around the world. 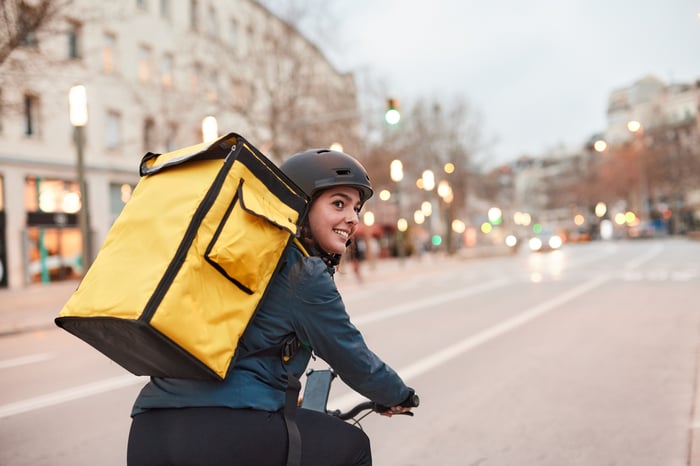 The recent acquisition of Wolt showed exactly how seriously DoorDash takes its place in the market from a strategic perspective. DoorDash itself has been adding products to its lineup for years. Customers can order food, convenience items, alcohol, pet food, and more where I live, and the list keeps growing. DoorDash wants to be the delivery thread that connects any business to any customer on a local level.

Once that technology infrastructure is built, DoorDash simply needs to expand to more areas. The underlying software can be written once and scaled around the globe.

Logistics is a challenge and autonomy could help

The challenging thing for DoorDash is keeping the deliveries going. It has to hire thousands of drivers and make sure they're working when there's demand. This is no small task and is a big reason DoorDash is still losing money. Software scales infinitely with very little marginal cost, but each added driver increases both expense and complexity of the business. 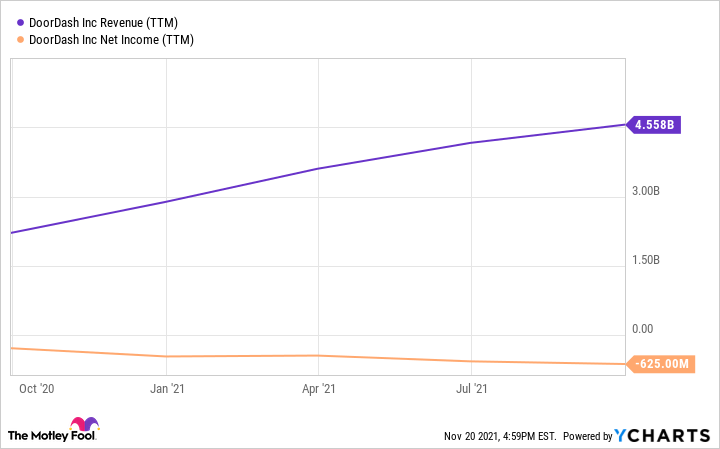 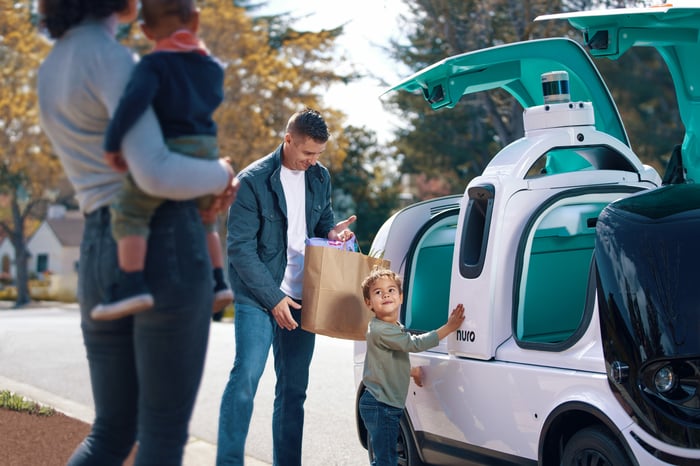 Eventually, I could see DoorDash acquiring an autonomous start-up like Nuro, which is licensed for commercial deliveries in California. This is the kind of company that would fit naturally with DoorDash. Its vehicles (shown above) are made for delivering goods, and simply stepping out to the curb would be all that's needed for pickup.

If it doesn't acquire its way into autonomy, partners like GM's (GM 0.44%) Cruise or Alphabet's (GOOG 2.51%) (GOOGL 2.42%) Waymo could also make sense, depending on the vehicles these companies launch. One way or another, I think autonomy will be DoorDash's next big leap forward, and that could help with the business's profitability.

What I'll be watching over the next few years is how focused DoorDash stays on its business. The company needs to add more supplier partners and more customers to the network.

I worry that DoorDash may begin experimenting in vertically integrating the company, as indicated by some experiments it's done in ghost kitchens, where it would actually be preparing food. Partners won't want to see DoorDash as a competitor, and I think it's in the interest of the company to stay in its lane. But given Doordash's ability to scale in its core business, I'm very bullish on the stock long term and in its potential to achieve multibagger status.