If the market turns cold this winter, it might be hard to find stocks that won't suffer some losses, but there are dozens of companies in the public markets that will have resilient business models even during market downturns. These companies can often provide stability to what could be a volatile portfolio.

The best stocks to invest in for relative stability and market-beating returns are typically established companies that have already grown a lot. While PayPal (NASDAQ:PYPL) and MercadoLibre (NASDAQ:MELI) have both already grown over the past five years, they could still see multi-bagger returns over the next decade. Let's take a closer look at these two stocks. 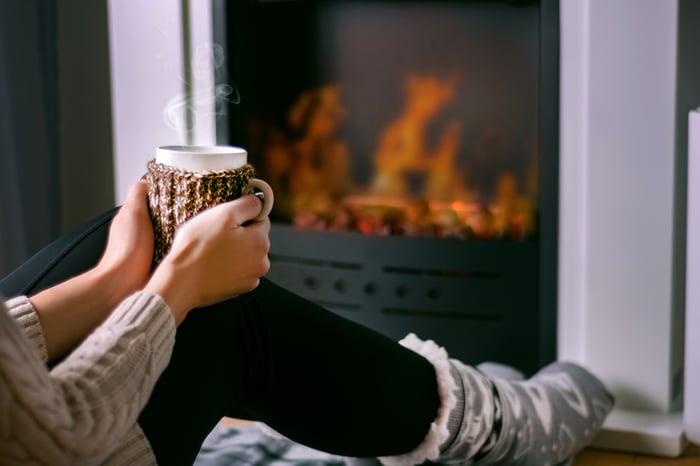 1. PayPal: The next super-app

This fintech stock has made impressive moves to become one of the USA's most popular payment solutions not only for consumers but merchants as well. PayPal rose to prominence with peer-to-peer payment solutions like Venmo, but it now offers everything from Buy Now, Pay Later solutions to buy-and-sell cryptocurrencies. Additionally, merchants can use PayPal to make payments, manage risk, and even process global payments.

PayPal is as robust as it gets. The company has over 415 million active accounts that made nearly 5 billion transactions in Q3. What is even more impressive is that the company's users are engaging more: The average number of transactions per account grew 10% to 44.2 on a trailing-12-month basis. This high activity led to quarterly revenue of almost $6.2 billion, growing 13% year over year. The company also has $1.1 billion in Q3 net income and over $1.25 billion in quarterly free cash flow.

Despite this dominance, PayPal is making moves to increase engagement even more. The company has partnered with Amazon to allow users to pay with Venmo at checkout, and it has also begun rolling out in-app shopping experiences. The company is also jumping heavily into crypto -- which could be the future of finance. PayPal expanded its crypto offering to the U.K., and Venmo Credit Card users can now get cashback in crypto. All of these initiatives could continue pushing the company forward to become a much bigger company than it is today.

Many investors believe that this company could become a $1 trillion company -- representing nearly 455% growth from its current $220 billion market cap. Considering that the company has seen nothing but success in recent months yet the stock price is down about 41.5% off its all-time highs set in July indicates that right now could be an amazing buying opportunity. If you want a company that could become a bedrock position in your portfolio and still provide market-beating results, PayPal might be your best choice.

The e-commerce giant MercadoLibre has already seen 6,567% growth since its IPO, but there is still room for this company to explode. The company is known for its dominant e-commerce business in over 16 countries in Latin America, but the company is also building out robust financial services and logistics businesses throughout South America -- industries that have been largely overlooked in the region.

This broad reach across an entire continent has resulted in sustained revenue growth. Third-quarter revenue grew 67% to $1.9 billion, which is impressive for any company, especially one that is already worth $64 billion. MercadoLibre's net income for the quarter was $95 million, growing over 500% year over year. While this might have been affected by the COVID-19 pandemic, this kind of bottom-line growth is still impressive.

This company faces competition, specifically from Amazon and Sea Limited on its e-commerce site, but Amazon is a relatively minimal threat in Latin America and Sea currently only focuses on Brazil. Aside from this main risk, the company has a valuation of 10 times sales, but this has been pulled back drastically this year. At the beginning of 2021, MercadoLibre traded at 25 times sales, so the current valuation is a nice discount.

MercadoLibre's market opportunity is large: There are over 79 million users on its platforms, but there are 646 million citizens in MercadoLibre's geographical reach. To top that off, Latin America is growing at one of the fastest rates in the world, so MercadoLibre is nowhere near saturation in this area. Even this 79 million is not fully representative of the company's growth potential: It doesn't account for the fact that consumers might use its e-commerce platform but not Mercado Pago. This means that MercadoLibre has room to expand its relationships with its existing customers in addition to its customer base.

As the leader in Latin American e-commerce, logistics, and payments, MercadoLibre has a stranglehold on this fast-growing area of the world, and it is likely that the company will be able to capitalize on the tailwinds pushing it forward. While this company might not provide another 4,400% return, it likely has another decade of market-beating returns ahead of itself, which is why I think it is the perfect resilient stock to buy today.