Historically, auto companies have been terrible investments. GM and Chrysler recently went through bankruptcy and Ford survived but is trading at about the same price as 20 years ago. Toyota and Honda have fared better, but over the last decade even they haven't performed particularly well on the stock market. 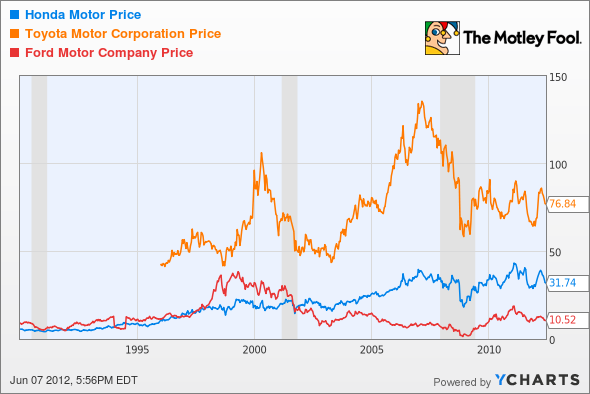 Tesla Motors is trying to break that trend as a new type of automaker, both from a technology standpoint and without the legacy costs that tied down older manufacturers. But there are a lot of outstanding questions for the auto manufacturer that is still bleeding red ink and won't turn a profit until at least next year. Important questions that come to mind are: Can Tesla make enough money to live up to the hype? Will EVs become popular? And most important for investors: Will the stock go up?

I'll attempt to answer these questions and make a call on whether Tesla will outperform or underperform the market below.

Can Tesla live up to the hype?
How do we value a company that's years from living up to its potential? For starters, I like to be able to envision a 10 P/E somewhere in the future as a baseline. With that as a target, that means Tesla would have to generate $300 million in earnings to justify its $3 billion market cap. How could it do that?

In the last quarter, Tesla generated a 28% gross margin on automotive sales, which should give us a ballpark start of a sensitivity analysis. If we assume that operating expenses will average $400 million per year, slightly more than their current rate, it means that Tesla needs $700 million in gross profit annually (I'm ignoring taxes and financing costs for simplification). I've provided three gross margin scenarios and three revenue scenarios below around possible outcomes.

Tesla plans to deliver 5,000 Model S vehicles this year and the more expensive Signature version has been a big hit. Model X will come out next year and has already garnered 1,000 reservations. Then there's the new Roadster, due sometime around 2014 at a much lower price than the $100,000-plus price tag of the first Roadster. That's not even including a contract Tesla signed to supply power trains for Toyota's RAV4 EV and other supply agreements.

Based on these three vehicles, I think $2 billion in revenue is more than achievable in the next few years and could approach much higher levels given enough time.

Will EVs be a hit?
One of the bigger questions facing automakers is what customers will demand in the future. Range anxiety has been a huge problem with EVs and while hybrids have sold well, moving to a plug-in vehicle is a whole new ball game. This could be Telsa's biggest limiting factor.

What I've seen is that the high end of the market has done very well. Tesla and Fisker have sold very well, partly because they're attractive vehicles and partly because their clientele can afford the cost of a charger and a secondary vehicle (which is likely necessary at this point).

There's also the expanding and improving infrastructure to consider. Today it takes many hours to charge an electric vehicle, but charging stations are going up that will charge a vehicle in a half hour. Tesla's high-power charging system will add 56 miles of range per hour.

Can Tesla's stock rise?
Based on the analysis above and the trajectory of sales at Tesla, I think the company can sell more than enough vehicles to justify a higher price. Tesla is already planning to produce 20,000 Model S vehicles annually and has said that the new Roadster will be a higher-volume vehicle.

If investors are going to jump into Tesla's stock, it is a leap of faith just like any company where you have to project sales years out into the future. But Tesla has proven the ability to exceed expectations, such as by delivering the Model S earlier than anticipated. In the auto industry, that's almost unheard of.

I'm backing up this bullish call with an outperform call on my CAPS page.