Microsoft's console will likely need to see a price reduction if it hopes to keep pace with Sony's PlayStation 4. Is introducing an Xbox One without an optical drive the correct strategy, or does it risk alienating retailers like GameStop? 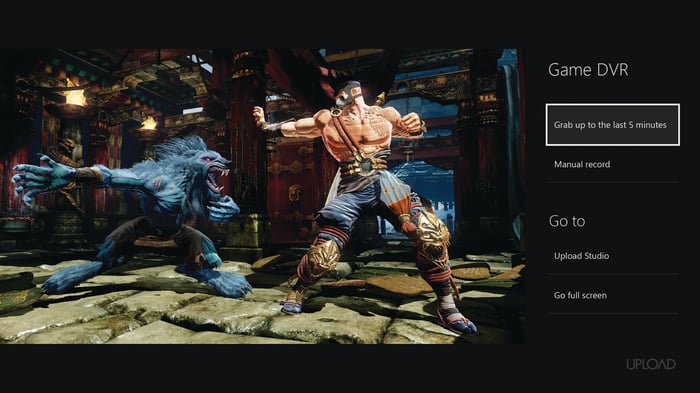 In the history of the console gaming industry, very rarely has the most expensive system emerged as the market leader. For this reason, many have speculated that Microsoft (MSFT -0.31%) will need to slash the Xbox One's $500 MSRP in order to compete with the $400 PlayStation 4 from Sony (SONY -0.54%). Capturing the interests of hardcore gamers is important around the launch of a platform, but the real winners are usually crowned by manner of mass-market appeal. Price has historically been a big factor in this.

With motion gaming not being the firestarter that it was in the last console cycle and Xbox One's Kinect camera adding a substantial amount to overall build cost, most speculation suggested that Microsoft would introduce a Kinect-less version of its latest console. Recently circulating rumors imply that the company might take a different approach to lowering cost, however. Supposed leaks from the company indicate that Microsoft might introduce a cheaper Xbox One that ships without an optical drive. Is this the route that Microsoft will take to ensure that its console stays competitive with Sony's?

How soon is now?
In the midst of all the controversy that was kicked up by the original product vision for the Xbox One, Microsoft is said to have toyed with the idea of going all digital. Such a move would have likely been disastrous as retailers were already showing a preference for the PlayStation 4. The proposed plans to ship the Xbox One with connectivity requirements that tied software to the system account and restrict access to used games was already generating push back from GameStop (GME -4.83%). Reacting to concerns from retail partners with a move that would cut them out of software sales would have been a bold and arrogant move on Microsoft's part. If Microsoft does plan to introduce a discless Xbox One, the conditions for doing so are becoming more agreeable.

Sony's PlayStation Now service has been billed by many as an attack on GameStop and traditional retail channels. The upcoming service will allow consumers to rent games a la carte or to pay a subscription fee and have access to the entire available library. For Sony and Microsoft, achieving growth with this generation of console hardware will largely be about building online ecosystems and directing consumers to their respective online stores. Now that Sony is making its first big generational push to encourage digital adoption, Microsoft likely has a little more breathing room to implement its desired strategies.

Is it worth sticking with Kinect?
When Corporate VP Phil Harrison stated unequivocally that "Xbox One is Kinect," and that one would never ship without the other, there was good reason to be skeptical. Microsoft had already changed course significantly with regards to its plans for the new console and had recently done away with the requirement that the camera be plugged in order for the console to function. It's easy for Microsoft to say that it will stick with a given strategy, but if such a strategy is not returning the right market results then concerns about the validity of past PR statements become tertiary at best.

Microsoft revisits Sony's PlayStation 3 problems
With the PlayStation 4 establishing an early sales lead across North America and Europe and almost certain to be the generational leader in Japan, it's common sense that Microsoft needs to shave Xbox One's price. In many respects, the situation looks similar to what Sony encountered with its PlayStation 3 console in the last cycle. That system launched with its deluxe SKU at $600 and frequently received inferior versions of third-party titles throughout its lifecycle. Sony stripped backwards compatibility and other features from the console and also incurred substantial losses in order to get it to a market-friendly price and head off the mind and market share gains that Microsoft was making with the Xbox 360. Microsoft faces similar problems this time around.

If it's one or the other...
Whether Microsoft would be better off with a console that drops camera technology or ditches an optical drive is now the pertinent question. If the company decides to go discless, it will be realigning its broader console platform with the initial vision that generated so much push back. It's unlikely that consumers would be as vocally displeased in such a situation, but GameStop and other retailers would view the device with suspect eyes as these companies rely on software sales. The consolation prize of selling download cards to consumers who don't want to use a credit card online is a laughable one. Digital distribution is certainly the future, but Microsoft needs to be careful to not be overeager in pursuing it.

Keith Noonan has no position in any stocks mentioned. The Motley Fool owns shares of GameStop and Microsoft. We Fools may not all hold the same opinions, but we all believe that considering a diverse range of insights makes us better investors. The Motley Fool has a disclosure policy.