Please ensure Javascript is enabled for purposes of website accessibility
Log In Help Join The Motley Fool
Free Article Join Over 1 Million Premium Members And Get More In-Depth Stock Guidance and Research
By Evan Niu, CFA – Mar 19, 2016 at 11:00AM

In just over a week, Tesla Motors (TSLA -1.14%) will unveil its mainstream affordable Model 3 at an event in California. The company will begin taking in-store reservations that day, with online reservations commencing the following day. Tesla continues to target the starting price tag of $35,000 before incentives, and is working hard to hit that goal. Price will easily be one of the most critical factors that will determine whether or not Tesla can hit its goal of 500,000 vehicles per year by 2020.

But beyond price, there's another important factor that will have tremendous impact on whether or not the Model 3 will truly appeal to the mainstream: Service.

Location, location, location
For starters, Tesla's service infrastructure will need to be dramatically expanded ahead of the launch. At the end of 2015, Tesla owned and operated 118 service locations around the world, according to its annual report. Not including cars produced and delivered this year, Tesla had delivered a cumulative total of about 107,000 Model S cars to date as of 2015. The company continues to expand this service network, but hasn't provided details on the scope quite yet.

Let's hope that Tesla's service expansion plans are commensurately aggressive and that it can handle the expected volume increase. Tesla puts a lot of emphasis on its superior service experience, which would suffer if the infrastructure can't handle the volume.

Not profitable doesn't necessarily mean affordable
Tesla often argues that electric vehicles are much more affordable to own and operate, pointing to fundamental architectural advantages that electric motors have. Traditional internal combustion engines have about three times as many moving parts, increasing the chances that a valve, shaft, or belt wears out and needs to be replaced. EVs do have an inherent advantage in this regard, but you could also argue that Tesla squanders this advantage in some of its luxury vehicles.

Tesla's labor rates are quite high, in some cases even higher than at traditional dealer service centers. There are no third-party service options, either. This is partially offset by the fact that the company's electric motors are smaller and simpler so repairs are less labor-intensive. It's also true that Tesla's gross margin on service last year was a mere 1.9%, as the company doesn't try to profit on service. 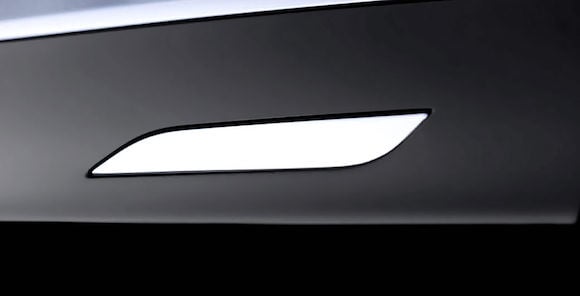 Model S retractable door handles could prove to be more trouble than they're worth. Image source: Tesla.

Consider the signature retractable door handles on the Model S. They're undoubtedly cool, but they also add very little functional benefit to the car. Tesla says they improve the aerodynamics of the vehicle, which is true, but we're surely talking about a negligible increase in range. Long-term reliability of these handles is unclear and Tesla has already upgraded the handles to a second-generation design to improve reliability, but the out-of-warranty cost to repair one is $1,300. A recent AAA survey estimated the average annual maintenance of a gas car at $766. A single door handle going bad can easily put Model S at a disadvantage in a given year compared to a comparable gas car.

I don't even want to think about what the out-of-warranty cost is to replace one of Model X's falcon-wing doors, but it's likely several thousand dollars.

Fewer "bells and whistles" to pay for?
Since the vast majority of Tesla's vehicles are still under warranty, considering how young they all are, there isn't a whole lot of data on long-term, out-of-warranty, real-world maintenance costs. But even if Model S and X are comparable in terms of service to other luxury vehicles, despite the underlying EV advantage, we're still talking about a market segment that can and will afford it since S and X start at $70,000 and $80,000, respectively.

For a mainstream EV, consumers are far more sensitive to fuel savings and maintenance costs. Fuel savings can certainly help a $35,000 EV compete with a $25,000 gas car, even in the absence of incentives. Maintenance savings should help, too, if Tesla plays its cards right. The average consumer won't stand for $1,300 door handles.

The good news is that Tesla says that it is designing the Model 3 specifically for "ease of manufacturing." Tesla has also said that Model 3 won't have as many "bells and whistles," which hopefully means fewer unnecessary items that could be costly repairs.