The hospital operator delivered first-quarter financials that suggest it's making progress on its turnaround plan.

Community Health Systems (CYH -5.16%) reported first-quarter sales and earnings, and updated investors on its progress in paying down its debt. Its stock price jumped 20% at 1 p.m. EDT today.

The major hospital operator reported net operating revenue of $4.5 billion in the first quarter, and before taking into consideration one-time items, it marked a loss of $199 million, or $1.79 per share. For comparison, it delivered net income of $11 million, or $0.10 per share, in the same quarter of 2016. 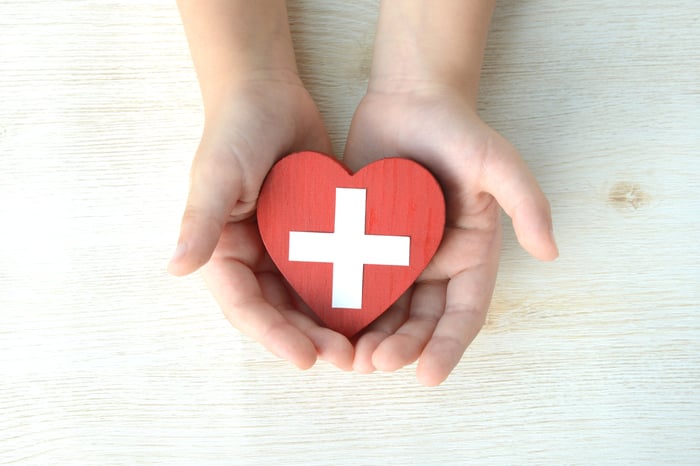 The bottom line was better, however, after considering one-time items. In the quarter, adjusted income from operations was $0.08 per share, and that was higher than industry watchers' forecasts.

Management reported that it made more progress during the quarter in deleveraging the company. Long-term debt fell to $14.69 billion from $14.8 billion in Q4. One year ago, long-term debt totaled $16.67 billion. Interest expense associated with debt clocked in at $229 million in Q1 2017, down from $251 million one year ago.

Community Health remains one of the nation's largest hospital operators. However, it is unwinding a number of properties in a bid to improve its balance sheet, and that's going to create some operational headwinds.

Since the company still owes a lot of debt, divestitures are likely to continue, and given the risk of a repeal-and-replace of the Affordable Care Act, popularly known as Obamacare, which could cause bad debt expense and charity care to increase, I think there are other stocks out there that might be safer investments.

Why Community Health Systems Shares Are Up More Than 20% Today