Can I Still Deduct My Mortgage Interest in 2018?

The Tax Cuts and Jobs Act represents the most significant overhaul to the U.S. tax code in more than three decades, so millions of Americans are wondering which tax breaks they'll still be able to use in 2018, and which ones have been eliminated or will no longer be useful. 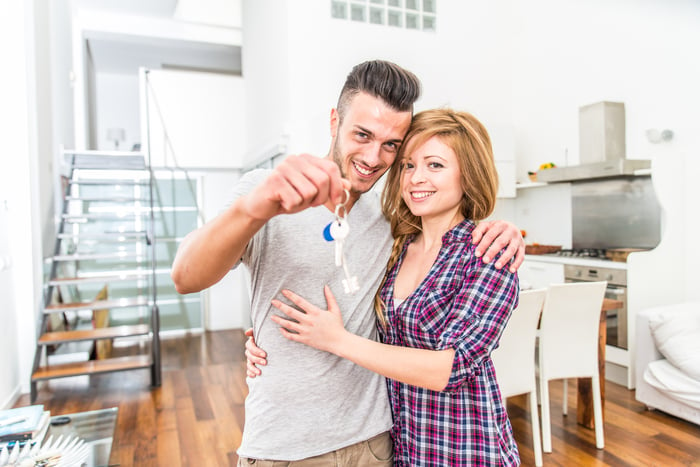 The Tax Cuts and Jobs Act kept the most widely used tax deductions, such as mortgage interest, in place for 2018 and beyond. However, some of these popular deductions have been slightly modified, and in unfavorable ways for taxpayers. The mortgage interest deduction is one of them.

It's worth pointing out that this limit only applies to new loans originated after 2017. Preexisting mortgage loans are grandfathered into the old limits.

For the purposes of the mortgage interest deduction, a "qualified residence" means the taxpayer's primary residence or second home (not an investment property). Additionally, the loan amount for which interest is deducted cannot exceed the cost of the home.

Like most of the tax changes that affect individuals, the revisions to the mortgage interest deduction are set to expire after the 2025 tax year.

Home equity loan interest deduction in 2018 and beyond

Perhaps the biggest change was the elimination of the separate provision that allowed Americans to deduct interest on home equity debt of as much as $100,000 of the principal, but this doesn't necessarily mean that you can't deduct home equity loan interest at all anymore.

Here's why. Although the home equity interest deduction has technically gone away, if the loan was used to substantially improve your home, it becomes a "qualified residence loan" under the IRS's interpretation of the new tax law. As the IRS's guidance puts it: "The limits ($750,000) apply to the combined amount of loans used to buy, build, or substantially improve the taxpayer's main home and second home."

Mortgage insurance may still be deductible as well

If you put less than 20% down when buying your home, you most likely have to pay private mortgage insurance, or PMI.

The deduction for PMI has been set to expire several times and has been extended by Congress each time. And 2018 is no exception. As of early February, the "tax extenders" package, which contains the PMI deduction along with some others, is yet to be renewed. It will most likely be approved eventually (and retroactively), but it's important to realize it hasn't been made official yet. Once approved, the PMI deduction essentially allows you to treat your mortgage insurance premiums as interest for tax purposes.

Now, in prior years, this has allowed millions of people to deduct their mortgage interest. However, the Tax Cuts and Jobs Act nearly doubled the standard deduction, and as a result, fewer people will be able to use the deduction.

Traditionally, roughly 30% of taxpayers have itemized deductions each year. In 2018, early forecasts predict that this will drop to just 5%. In other words, 25% of the U.S. population will no longer be able to itemize deductions, and therefore won't be able to use the mortgage interest deduction in 2018.

The answer: It's still legal, but many people won't be able to use the deduction

The bottom line is that, yes, mortgage interest is still deductible. The limits have been lowered slightly for newly originated loans and home equity debt used for personal expenses is no longer deductible, but for the most part, the mortgage interest deduction remains intact. However, the consolidation of the personal exemption and standard deduction into one higher standard deduction will likely prevent millions of taxpayers from using it in 2018 and beyond.

What Happens if You Don't Pay Your Property Taxes?