There is, perhaps, no bigger expense you will ever have than the purchase of your house. Along with saving for retirement, and a college education for your children, paying a mortgage has become one of the "Big Three" financial events in one's life.

But how much are we actually spending on our mortgages, and does it make sense for the type of lives we lead? 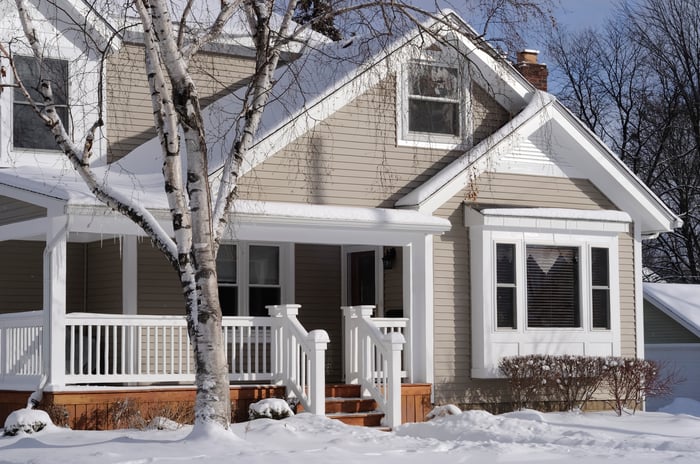 Last month, the Bureau of Labor Statistics (BLS) released its Consumer Expenditure Survey for 2013. If you've ever bought a house, you know the monthly payment you make is actually more than just your mortgage. The regular price of being a homeowner also includes property taxes, the interest on your mortgage, several different types of insurance and -- for the purposes of the data collected by the BLS -- regular maintenance.

So, how much are average Americans paying for their mortgages? When we break it down by household income, here's what the data says.

There are two important things to note, here.

The first is the percentage of pre-tax income that a household devotes to mortgage-related payments. With the exception of those earning between $80,000 and $100,000, each successive group -- though it spends more on housing -- is spending a smaller percentage of their income on their mortgage.

Second, it's clear that this data isn't perfect. Many may be wondering how a household earning under $40,000 per year could afford a home. While it's certainly possible to own a home with that salary, the data is skewed, because it also includes retirees that already own their homes, and are able to live comfortably on far less than they may have been earning in their prime years.

To help get a little clarity, I also broke out the Average American's mortgage payment by age as well.

There are, again, two key takeaways here. First, the bulk of first-time homebuyers are between the ages of 25 and 44. Once we eclipse the 44-year-old barrier, we starting seeing a reduction in mortgage payments.

More importantly, however, is what we see in the percent of income being devoted to mortgage payments. Although this percentage falls significantly from 25-year-olds all the way to 64-year-olds, it picks up again once folks enter their golden years.

This may go against conventional wisdom, as many have paid off their mortgages once they retire. But we often forget that property taxes and insurance still have to be paid indefinitely. Additionally, many of the fixes you may have made yourself in your younger years are now being contracted out to younger hands -- and often at a premium.

At the same time, largely because of the poor record we Americans have at saving for retirement, the amount of income we have to fall back on in retirement is far less than we were earning during our working years.

The point is that it's crucial for homeowners to take such costs -- those that go beyond the mortgage principal and interest payments -- into account when (1) buying their home, and (2) deciding whether or not to stay put when retirement time comes.

If you did a good job saving up in your younger years, this likely won't be an issue. But for many Americans, there could sticker shock involved when taxes, insurance, and maintenance bills need to be paid on a house you own outright, while you're bringing in less than you have since you were in your 20s.