Please ensure Javascript is enabled for purposes of website accessibility
Log In Help Join The Motley Fool
Free Article Join Over 1 Million Premium Members And Get More In-Depth Stock Guidance and Research
By Maurie Backman - Dec 15, 2020 at 8:00AM

Here's why it makes sense to get a new mortgage, even if your last refinance didn't happen so long ago. 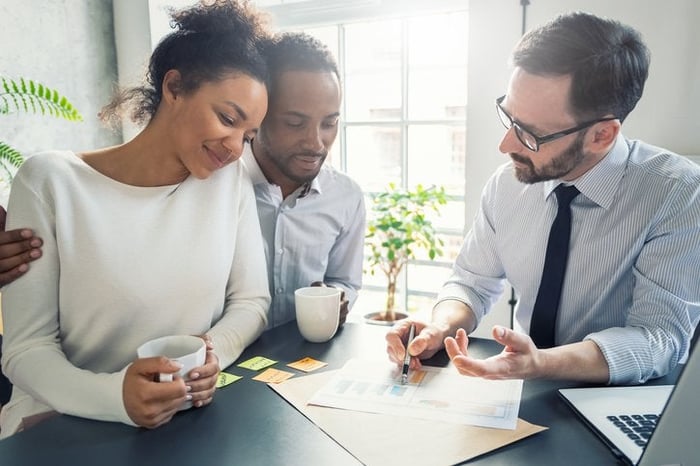 Refinancing your mortgage is a good way to lower your monthly housing costs, and right now, refinance rates are extremely competitive, making it a good time to swap your existing home loan for another one with more favorable terms. But what if you recently refinanced? Does it pay to do so again within such a short amount of time?

First, let's talk about whether you're even allowed to do so. Generally speaking, you can refinance a conventional mortgage (one backed by Fannie Mae or Freddie Mac) immediately after closing on it, or immediately after a separate refinance. But there are some exceptions. Some lenders won't let you refinance with them right away. Rather, they'll make you wait six months between applications. However, you can get around that rule by refinancing with a different lender. Also, if you're looking to do a cash-out refinance, you may have to wait six months from when you last signed or refinanced your mortgage.

But otherwise, you may be free to refinance shortly after having done so. Of course, one thing to keep in mind is that when you refinance, you pay closing costs on your new loan. Doing it frequently could be an expensive prospect. But here are three scenarios where refinancing could make sense even if you did so recently.

1. Your credit score has improved a lot

The higher your credit score, the better a mortgage rate you're likely to snag. If your credit score is worlds better than when you applied for your most recent refinance, it could pay to move forward with another one.

Imagine, for example, that since your last refinance, your score has risen by over 100 points. Perhaps you paid all of your bills on time, got rid of a delinquent debt on your credit report that shouldn't have been there in the first place, and paid down a chunk of your existing debt. You could be in line for a much better rate that, over a 15-, 20-, or 30-year repayment period, will save you money even when you account for another round of closing costs.

2. Rates are much lower than when you last refinanced

Refinance rates have been declining steadily this year. If you're now eligible for a much lower rate than you currently have, that's reason enough to move forward with a refinance. In fact, rates are so low you may have the option to move from a 30- or 20-year mortgage to a 15-year loan, which will save you money on interest throughout your repayment period.

3. You need money and want to do a cash-out refinance

With a cash-out refinance, you borrow more than your remaining mortgage balance and use the extra loan proceeds for any reason you please. Maybe you need to finance a home repair, a home addition because you're having a baby and are out of space, or a new car so you can get to work. If you did a refinance at least six months ago and now need money for something urgent, it could pay to refinance again, this time going the cash-out route. Also, because home values have climbed recently across the country, you may have more equity in your home now than before, making a cash-out refinance a more viable choice.

Refinancing a mortgage isn't the sort of thing most people do frequently. But in some cases, it could pay to refinance a home loan again -- even if it hasn't been that long since you did so.