Hint: It may be more than you think.

Like it or not, tax reform has been a reality since the start of the new year, and many experts believe that the bulk of workers will come out ahead in some shape or form. Unfortunately, the public doesn't necessarily share that widespread enthusiasm. In fact, 37% of Americans don't think they'll receive a tax cut as a result of the recent changes, according to newly released data from TD Ameritrade. The question is this: Are they wrong?

Key tax breaks that went away

While the new tax laws by no means eliminated every tax break Americans once benefited from, they did get rid of a number of potentially lucrative deductions. Among the most notable that met their demise were the following:

Additionally, while some key deductions weren't eliminated, they were altered in a manner that might hurt some tax filers. The state and local tax, or SALT, deduction, for example, was changed to cap out at $10,000, whereas it was formerly unlimited. This, in turn, could impact those living in states with high property taxes. Meanwhile, the mortgage interest deduction, which was formerly applicable to loans worth up to $1 million, is now only available in full to buyers whose home loans are valued at $750,000 or less. 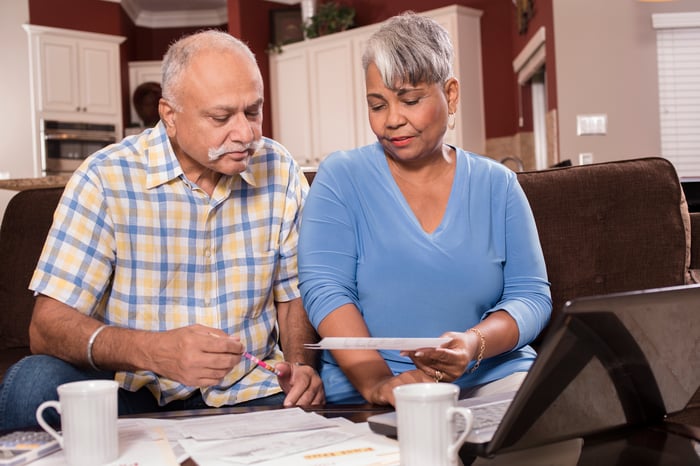 Despite the eliminated tax breaks discussed above, the tax code now includes a number of key features designed to save Americans money -- and perhaps quite a bit of it. For one thing, the standard deduction has nearly doubled since the previous tax year, going from $6,350 to $12,000 for single filers and from $12,700 to $24,000 for joint filers. This means that a two-adult household with no children easily comes out ahead.

But now let's consider a family with two adults and one child who would've formerly gotten $24,850 -- a $12,700 standard deduction for filing jointly, plus $12,150 in personal exemptions. Under the new plan, that same family gets just $24,000 from the standard deduction, so at first glance, that might seem like a loss.

However, when you include the fact that the Child Tax Credit has not only doubled this year from $1,000 to $2,000 per qualifying child, but has also been expanded to include higher earners, we'll likely see more families' tax savings increase. Let's say the family of three in our previous example wasn't eligible for that credit before because both adults' combined earnings were too high. If that same family becomes eligible under the new plan, then that family is looking at a $24,000 deduction, plus another $2,000 in direct tax savings.

Remember, unlike a deduction, which exempts a portion of your income from taxes, a credit is a dollar-for-dollar reduction of your tax liability. So while families with multiple children might get hurt by the loss of the personal exemption, the Child Tax Credit might more than make up for it.

Another thing to keep in mind about the new tax laws is that they lower almost every individual tax bracket so that workers keep more of their earnings and pay less tax on their highest dollars of income. The only exception, unfortunately, applies to the country's lowest earners, whose tax rate remains unchanged at 10%.

While some households may end up losing out as a result of tax reform, there are plenty that stand to benefit. So if you're among the 37% of taxpayers whose outlook is overwhelmingly negative, read up on how the new laws might impact you before resigning yourself to a higher tax bill. You may be pleasantly surprised when you sit down to file your taxes next year.