Sometimes, no matter how diligently we prepare, our best-laid plans can easily crumble to pieces. Such is the case for the 60% of workers who are inevitably forced to retire sooner than planned.

That's right: More employees are forced into early retirement than not, and the reasons run the gamut from layoffs to illnesses to needing to care for loved ones. And while you'd think workers would be taking steps to prepare for that possibility, the majority of female employees are not. A good 64% of women don't have a backup plan in the event of being forced to retire early, according to Transamerica, a provider of insurance and investment services, and given that female workers aren't saving all that well to begin with, it's essentially a recipe for long-term disaster. 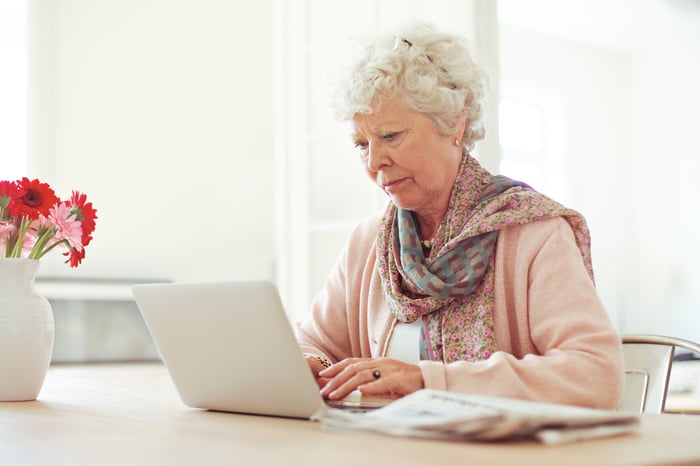 Women need to be more prepared

Though retiring earlier than planned can spell trouble regardless of gender, it poses an even greater challenge for women than it does for men. That's because women tend to live longer, and so for each year they're forced to leave their careers sooner than planned, they risk falling short on income during retirement by an additional year.

But early retirement aside, women are doing an inadequate job of saving for the future. The median retirement savings balance among female workers is a mere $34,000, according to Transamerica, and while that's not such a dreadful sum for someone in her 20s, it's nowhere close to where a worker in her 40s, 50s, or 60s should be.

Protecting yourself from the unknown

If you're low on savings and aren't taking steps to account for an early retirement, you're doing yourself a major disservice -- so stop, and get proactive instead. For one thing, boost your savings rate so that you're able to amass a larger IRA or 401(k) earlier on in your career. If you're currently setting aside $200 a month for the future, cut some expenses from your budget to allow for a $300 or $400 monthly contribution. Boosting your savings rate by $200 a month over a 20-year period will leave you nearly $100,000 richer, assuming you invest that money at an average annual 7% return. And remember, that $100,000 is on top of what you were already saving.

Additionally, filter any extra money you come across into your retirement plan. This includes performance bonuses, gifts, or the tax refund you might be anticipating next month. Even a single lump sum contribution could go a long way toward building a stronger nest egg. Case in point: If you were to stick an extra $3,000 into your 401(k) or IRA just once and leave that money to grow at an average annual 7% return, it would turn into close to $12,000 over 20 years.

But saving more money isn't the only thing you should do to account for the possibility of an early retirement. You should also have a game plan as far as Social Security goes. You're allowed to access your benefits as early as age 62, so if, say, you were planning to retire at 67 but lose your job three years prior, you'll have the option to get at that cash sooner. Doing so, however, will result in a reduction in benefits, so you'll need to consider that ahead of time as part of your strategy.

Furthermore, you may want to take steps to establish a side career, in the event you're forced to leave your full-time job sooner than planned. This could mean setting up your own business and putting in a few hours a week while managing your full-time role, or boosting certain skills that might allow you to venture out independently later in life.

Finally, read up on your healthcare options so that, if you're forced to retire early, you're not scrambling for coverage. Keep in mind that Medicare eligibility doesn't begin until age 65, so if you're laid off from your job at age 64, you'll need to buy a health plan on your own or pay for coverage under COBRA.

In the absence of a crystal ball, none of us can predict how late in life we'll get to work. But one thing's for sure: Not having a backup plan could hurt you if you have no choice but to retire sooner than anticipated. So don't hold off on saving money today with the assumption that you'll catch up in your 60s. You may not get that option. Instead, do your best to fund your nest egg, explore various part-time -- or even full-time -- work options outside of your current job, and read up on health plans and Social Security. The simple act of arming yourself with knowledge could go a long way when your career comes to a halt earlier than planned.