Please ensure Javascript is enabled for purposes of website accessibility
Log In Help Join The Motley Fool
Free Article Join Over 1 Million Premium Members And Get More In-Depth Stock Guidance and Research
By Chuck Saletta – May 26, 2020 at 10:30AM

The key to successful dividend investing involves looking beyond the easy measure of how much yield you seem to get for your money.

Dividends are not guaranteed payments. The economic slowdown driven by the measures put in place to slow the spread of the coronavirus pandemic serves as a sharp reminder of that reality. Many companies have cut or suspended their dividends due to lack of revenue and uncertainty as to when the crisis will pass.

Investing in dividend-paying companies can still be a good idea, but the current crisis does showcase the importance of knowing what to look for besides just a company's yield. With that in mind, here are four dividend investing tips that could earn you thousands by showing you what to look for in a company to have a decent chance of seeing those dividends continue. 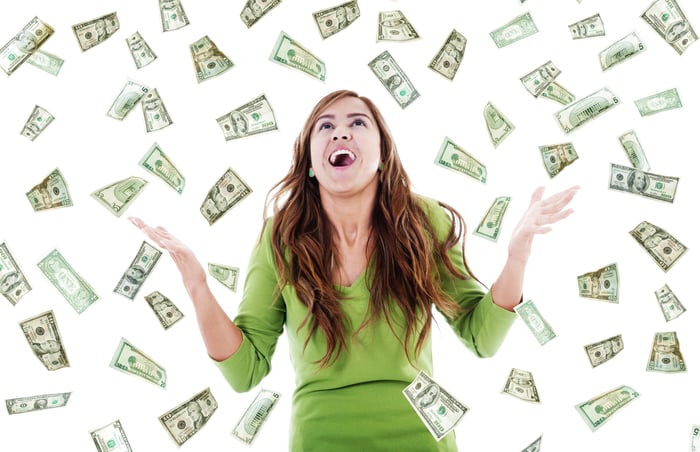 No. 1: Know how the company makes its money

To be supported over time, dividends need to be paid from the money a company has left over after covering all its costs and investing in sustaining its operations and for at least some future growth. That's a pretty high hurdle to clear, and as the coronavirus-related dividend cuts show, when companies can't clear it, those dividends can quickly get eliminated.

By understanding how a company generates the cash it uses to make its dividend payments, you can start to get a better handle on where things can go wrong. That can help you make smarter decisions about whether a company's apparently tempting yield is legitimate or reflects the market's belief that the dividend won't be sustained when things get tough. For instance, restaurants tend to be early indicators of trouble, since competition tends to be stiff and consumers have other dining choices.

No. 2: Understand that too much of a good thing can be dangerous When a company's dividend is dramatically higher than those of others in its industry, it can be a sign that the market doesn't expect that dividend to last. For instance, a few years ago, I warned that funeral services purveyor StonMor Partners (STON) looked like a likely dividend trap with its whopping 16% yield. That yield stood out in stark contrast to the mere 1.7% yield that industry leader Service Corporation of America (SCI 2.79%) had at around the same time.

Looking at relative yields between companies in the same industry can be useful because they generally face similar operating pressures and attract similar external investors. If those other investors are so concerned about a company's future that they're letting its yield creep up far past the competition, it's a clear sign you should be cautious as well.

No. 3: Look for a "Goldilocks" payout ratio

For every dividend-paying company you own, you'll want to keep an eye on how much of its cash-generating ability it is putting into its dividends vs. how much it's reinvesting in its growth. For most companies, using a measure called the payout ratio is a quick and easy way to check up on it. This is a case where you want something in the "Goldilocks zone" -- not too high and not too low.

When a dividend is too high compared to the business' cash-generating ability, then the company loses the financial flexibility it needs to handle curveballs like the shutdowns from the coronavirus. When a dividend is too low compared to the business' cash-generating ability, as an investor you should question just how committed the company is to providing those rewards to its owners. As a general rule, you'll want to see payout ratios between around 25% and 75%.

Note that some company types, such as both limited partnerships and real estate investment trusts, have specialized corporate structures that generally lead to higher dividend payouts. Even with those types of companies, you'll want to keep an eye on how well their dividends are covered. Instead of the payout ratio, though, look at how those dividends compare to the company's operating cash flows.

No. 4: Keep an eye on your companies' balance sheets 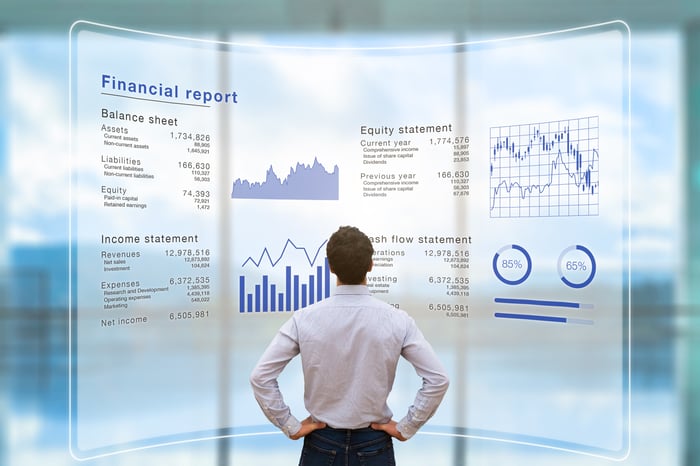 One key balance sheet ratio to look for is the company's current ratio, which tells you how well it can cover its near-term costs from its near-term assets. The higher that ratio, the easier it is for the company to pay its immediate bills when things aren't operating smoothly.

Another key balance sheet ratio to look for is the company's debt-to-equity ratio, which tells you how much the company owes compared to how much it owns. The lower that ratio, the more flexibility the company has to make adjustments when disruptions happen, better enabling it to emerge stronger once the disruptions pass.

In addition to the cash itself, how a company handles its dividend when things aren't going all that well tells you a lot about what its management is thinking about the future. If a company maintains its dividend even as the world appears to be falling apart around it, it's generally a sign that its management believes the crisis is temporary. If it is among the first to cut its dividend, it's a sign that either its balance sheet is weak or it thinks the crisis will be a long one.

Either way, the information that the company is communicating along with its dividend decisions matters almost as much the cash it's providing. That holds true in good times as well as during not-so-good times, and a solid balance sheet only adds to the strength of what a dividend decision tells you.

Dividends aren't guaranteed, but you can stack the odds in your favor

Although the coronavirus pandemic quickly brought home the point that dividends are not guaranteed payments, you can improve your chances of success while investing with them. Following these four tips can help tilt the odds in your favor by helping you understand the company behind the payments better. That can make a big difference when it comes to how well your dividends will continue being paid when times get tough.