Please ensure Javascript is enabled for purposes of website accessibility
Free Article Join Over 1 Million Premium Members And Get More In-Depth Stock Guidance and Research
By Maurie Backman - Oct 27, 2020 at 6:03AM

Social Security may be cut in the future -- but the wrong moves on your part could shrink your benefits even more.

You may have heard the rumors that Social Security is in trouble. And unfortunately, they're true.

Social Security is facing a major funding deficit. In the coming years, it expects to owe more money in benefits than what it collects in revenue due to the fact that so many baby boomers will be existing the workforce and drawing their own benefits. (Since the program gets most of its revenue from payroll taxes, a smaller workforce and greater demand for benefits is bad news.) In fact, if lawmakers don't come up with a solution to save Social Security from insolvency, recipients may be in a for a whopping 24% benefits cut.

Clearly, that's bad news -- catastrophic news, in fact, for the millions of seniors who already count on Social Security to provide the bulk of their income. But while a 24% cut to benefits may sound bad, the decisions you make with regard to filing could actually result in an even larger reduction. 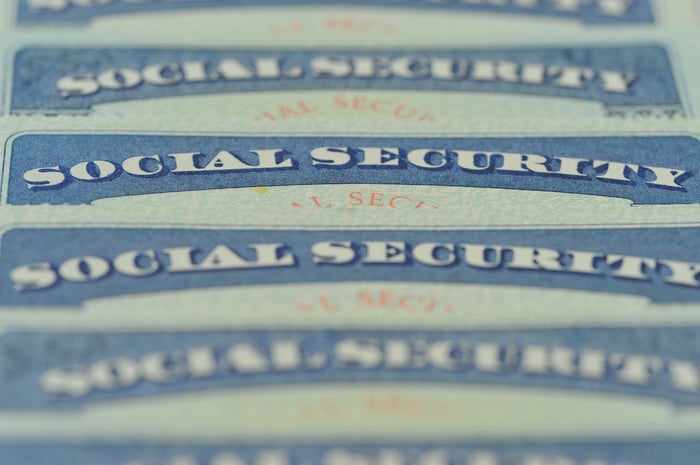 The danger of claiming Social Security too early

When it comes to filing for Social Security, you have choices. You can file at your full retirement age (FRA), which is either 66, 67, or somewhere in between, depending on your year of birth, or you can file as early as age 62 and as late as age 70. For each month you claim Social Security ahead of FRA, your monthly benefit is reduced on a permanent basis. Meanwhile, delaying benefits past FRA will result in a permanent increase, though once you turn 70, you won't accrue benefit-boosting credits any longer, and so that's generally considered the latest age to file, even though you're technically not compelled to sign up at that point.

If you're worried about the Social Security Administration having to slash benefits universally, here's a good piece of advice: Don't impose that hit on your benefits yourself.

If you wait until at least FRA to claim your benefits, you won't face a reduction at all. By contrast, if you claim benefits ahead of FRA, you'll reduce them by 6.67% a year for the first three years you file early, and then by 5% a year for each year thereafter. All told, you could wind up slashing your benefits by a total of 30% if you sign up for Social Security at age 62 and your FRA is 67, which is the case for anyone born in 1960 or later. 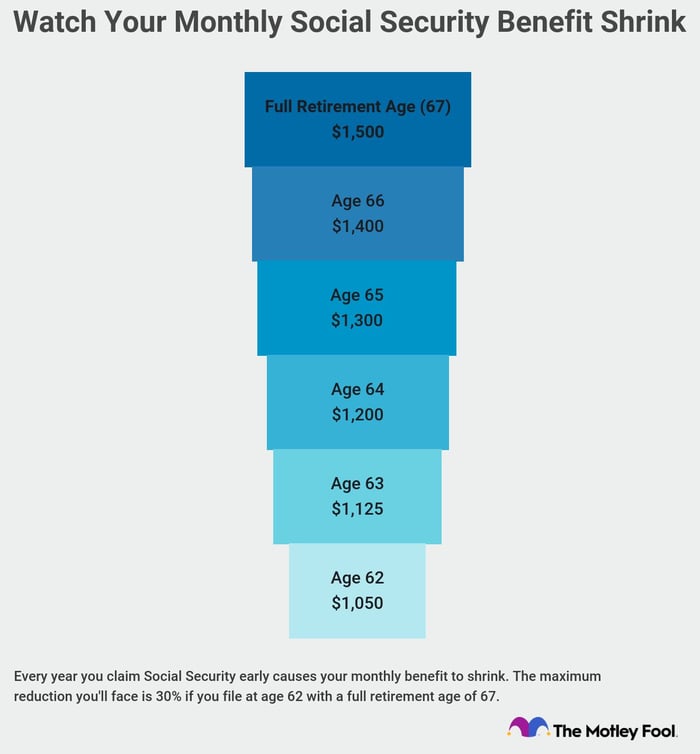 Of course, some people have no choice but to file for benefits early. If you're laid off at work, or encounter a situation where you can't work (say, you need to care for a loved one full-time), then you may need to claim Social Security early to keep up with your living expenses. But if you're able to hold off on filing for benefits until FRA or beyond, doing so will help ensure that you don't slash your retirement income more than necessary. It's bad enough that benefit cuts are on the table due to Social Security's financial woes, but you might as well avoid a reduction in benefits that is within your control.