It's easy to get down on Social Security, but here are some positive aspects you should know about.

You'll often hear a lot of bad things about Social Security. The program is running out of money (it's not). Your benefits won't be enough to live on (they won't). And the annual raises seniors get are generally not much to write home about (there's certainly some truth to that).

But actually, there are plenty of positive things about Social Security that work to seniors' advantage. Here are three reasons the program is better than you think it is. 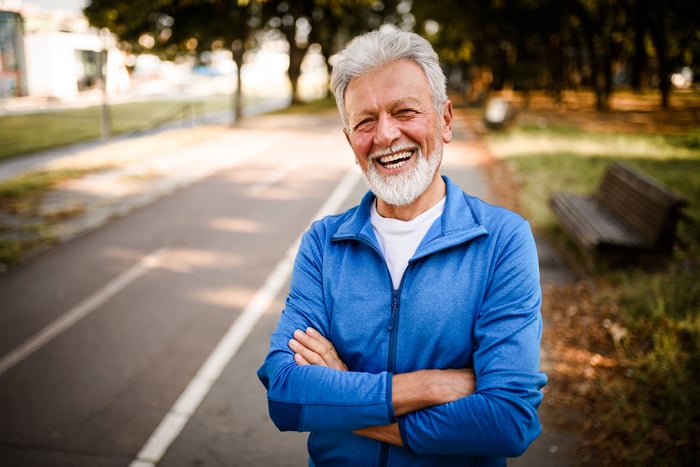 1. You can claim benefits when you want to

Social Security gives you a lot of flexibility when it comes to claiming benefits. If you wait to file until your full retirement age (FRA), which is either 66, 67, or somewhere in between, depending on when you were born, you'll get the full monthly benefit you're entitled to based on your personal wage history.

However, you don't have to sign up at FRA by any means. You can first file for benefits at age 62, and while claiming Social Security ahead of FRA will reduce the amount of money you receive each month, at least you get that option.

In fact, getting that leeway could help make it easier to transition into retirement. You may decide to claim benefits at age 63 and retire a bit early. Or, you may want to cut down to part-time work at 64 and make up for your lower paycheck with benefit payments. Either way, it's nice that you get that choice.

2. You can grow your benefits by being patient

Not only can you sign up for Social Security before reaching FRA, but you can also delay your filing beyond that point. And that could end up being a smart move.

For each year you hold off on claiming benefits past FRA, your benefits will grow by 8%, up until the age of 70. If you're willing or able to sit tight, you could easily snag a higher monthly payday from Social Security for life. And that's a good thing if you're not super thrilled with your retirement savings balance.

3. You can change your mind once in your lifetime

Some seniors file for Social Security early and regret cutting their monthly benefits after the fact. The good news is that Social Security will give you one do-over in your lifetime with regard to your filing.

If you claim benefits too early, you'll have the option to withdraw your application and repay the money you received within a year. If you do so, you'll be able to then file again at a later age and lock in a higher monthly benefit.

So, say you claim benefits at 62 and retire simultaneously, only after a few months, you realize your expenses are coming in higher than expected. Rather than get stuck with a lower monthly benefit for life, you can try going back to work, undoing your claim, and then filing again at, say, age 65, which won't cause as much of a hit.

Focus on the positive

It's easy to criticize a program like Social Security, and the reality is that it does have its flaws. But while it may not be perfect, there are some positive features it pays to focus on as you gear up to rely on it during your senior years.