Planning to wait as long as possible to take benefits? You may want to rethink that.

One nice thing about Social Security is that seniors are given flexibility with regard to signing up. You may decide to file for benefits at age 62, which is the earliest age to claim them. Or, you may decide that you'd rather wait until full retirement age (FRA), because that's when you're entitled to your full monthly benefit based on your earning history.

There's also the option to sign up for Social Security beyond FRA. For each year you delay your filing past that point, your benefits grow by 8%, up until age 70.

If the idea of a more generous monthly benefit sounds great to you, then filing at age 70 may seem like the right choice -- at least initially. But before you make that your game plan, consider these reasons why claiming Social Security at 70 may end up being a poor choice. 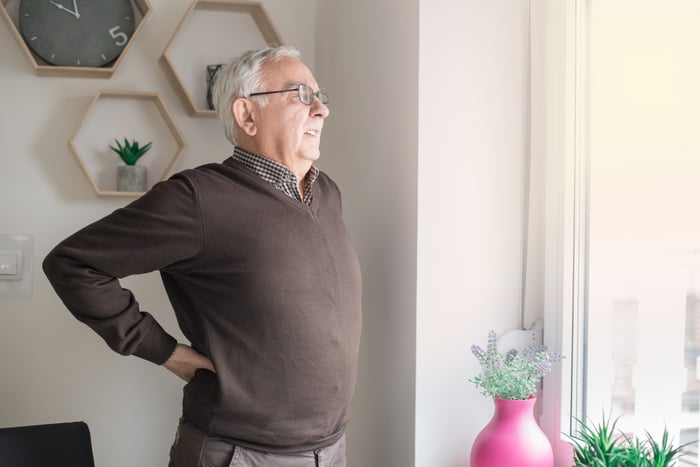 1. You could end up with less income in your lifetime

It's true that delaying your filing beyond FRA will result in a higher monthly benefit. But that doesn't guarantee you a higher lifetime benefit.

Let's imagine that based on your wage history, you're eligible for a monthly benefit of $1,600 at a FRA of 67. If you hold off on claiming Social Security until you turn 70, that benefit will be worth $1,984 a month instead. And that's a nice boost. But it doesn't mean you'll come out ahead financially in your lifetime.

Now it's impossible to know how long you'll live. But if you'd rather not run the risk of getting shorted on lifetime benefits, then claiming Social Security sooner could be a safer bet.

2. You may be forced to stay at a job that's bad for your health

Unless you've truly amassed a nice amount of retirement savings, you may not be able to leave the workforce until your Social Security benefits start rolling in. And so if you push yourself to wait until age 70 to file, you could end up getting stuck at a job you hate.

Not only might that make you miserable, but it could prove to be detrimental to your health. Studies have shown that high levels of stress could result in physical health issues, and that alone is reason to consider claiming your benefits sooner.

3. You could miss out on some retirement goals

Your retirement dreams could involve travel or running a marathon. But if you wait too long to make those things happen, your health might decline, compromising those goals.

A big downside of claiming Social Security at 70 is taking that very risk -- that you'll lose out on the chance to do the things you've always wanted. On the other hand, if you file for benefits earlier, you might manage to pursue those dreams just before your body starts to rebel.

Filing for Social Security at age 70 isn't necessarily a bad idea. And if you're sorely lacking in retirement savings, it's a decision that could save you from years of financial stress. Just make sure to think things through before pledging to delay your benefits as long as possible so you don't regret that decision.