How Algorithms Could Make It Harder to Get Credit Card Bonuses 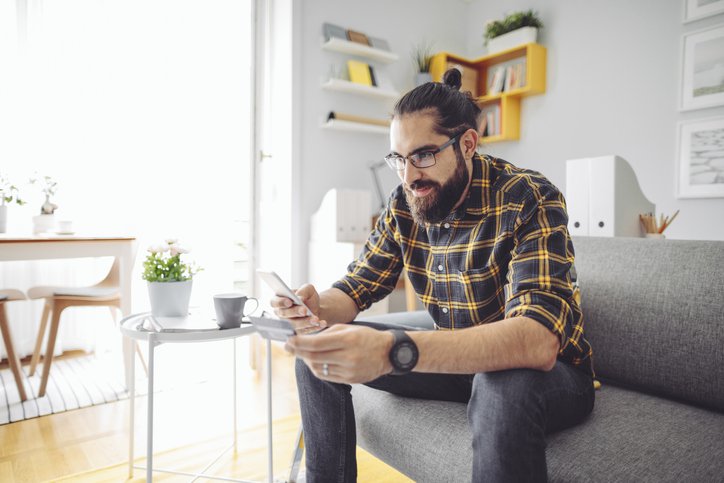 Credit card companies always want to bring in new customers, and big sign-up bonuses are one of their most popular incentives. Most of these bonuses require you to hit a minimum amount of spending in a set timeframe. If you do, you earn a bonus in cash back or travel points.

It's a fast, easy way to rack up rewards, so a sign-up bonus can attract lots of new cardholders. But it can also attract people who take advantage of the system by opening new cards to get as many bonuses as possible.

One way credit card companies can protect themselves is through algorithms that predict whether an applicant will be a profitable cardholder. If you're planning to open a credit card in the future, then it's important to understand how this could affect your chances of approval.

When a credit card company offers a sign-up bonus, it often takes a short-term loss for what it hopes will be a long-term gain.

It's paying out money (or points) upfront to get a new cardholder. Ideally, that cardholder will keep the card for years and use it regularly. The credit card company gets processing fees on every transaction, and those fees will eventually outweigh the cost of the bonus.

This usually works out well, but a small portion of consumers don't follow that pattern. They open cards, spend enough to get the bonuses, and then move on to new cards. The card issuer pays for the bonus without the long-term benefit.

Since credit card companies don't like losing money, they look for ways to prevent this. Many will simply deny your credit card application if they see a red flag that indicates you might take a bonus and run, such as too many recent credit accounts. But American Express has found an alternative.

With most card issuers, if you're approved for one of their cards, it means you're eligible for that card's sign-up bonus. American Express, on the other hand, has a way of separating approval for its cards from approval for the welcome offers.

Here's how it works -- if you're an American Express cardholder and you apply for another one of its cards, you could get a pop-up message during your online application. This message notifies you that based on your history with American Express, you're not eligible for the card's welcome offer. You'll then have two options:

American Express clearly has a system to determine who's eligible for a bonus. And if those reports are true, eligibility could be at least partially related to how much you use its cards. It's a way of letting profitable customers continue earning bonuses while blocking those who just spend the bare minimum.

What this means for consumers

Card issuers have already been setting up stricter sign-up bonus rules, such as limiting how often you can get them. The next stage could be algorithms that use spending patterns to weed out potentially unprofitable cardholders. It's even possible that a credit card company could look at your spending on all your credit cards, not just the ones with that specific card issuer.

Fortunately, this shouldn't affect the typical consumer, as on average, Americans have just three credit cards. If you use all your credit cards on a regular basis, then credit card companies will still want your business.

It's a different story if you often stop using credit cards after you get their bonuses. In that case, you could eventually have trouble getting approved for cards. As lucrative as sign-up bonuses can be, the best approach is to find ways to maximize your credit card rewards that don't rely entirely on bonus offers.