Americans Are Opening Fewer Credit Cards. Here's What That Could Mean 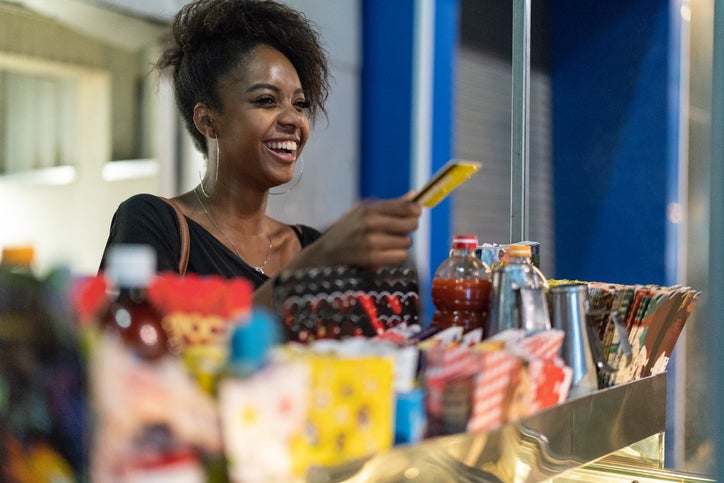 New credit card growth has been stagnant during the pandemic, but that may be changing.

The first quarter 2021 Household Debt and Credit Report from the Federal Reserve Bank of New York shows that most sections of the economy have felt the impacts of the pandemic. While there's been the expected increases in various debt balances, some of the changes have been a little more surprising.

The credit card industry, in particular, has seen a few twists over the last 18 months. For example, the combination of sluggish retail and stimulus checks helped average credit card balances hit historic lows as cardholders both charged less and paid off debt.

Overall growth in the number of new credit card accounts was also brought to a standstill by the pandemic. Although the number of new accounts had been steadily increasing since 2012, that progress came to a screeching halt in the beginning of 2020, and growth has yet to bounce back.

Perhaps a major factor keeping folks from opening new credit card accounts is the limited ways they could be used. For one thing, with international travel cancelled and even domestic travel restricted, pricey travel rewards cards lost much of their appeal.

In fact, given that many premium travel cards have annual fees upwards of $400, many issuers were offering short-term bonus categories and extra perks just to hold on to the cardholders they already had.

Even the cash back rewards cards without annual fees were of limited use during lockdowns and quarantines as consumers were simply not spending as much. And store credit cards, which often rely heavily on in-store applications, likely had a hard time drawing in new consumers since brick-and-mortar shops stood empty.

Of course, lack of travel and shopping is only a portion of the issue. The darker side of the pandemic has been the massive layoffs and rampant unemployment. The last thing smart consumers do after getting laid off or even furloughed is to take on new debt.

Even if people who were recently unemployed wanted to open new card accounts, it's hard to do so without an income. While extra unemployment benefits may have helped many folks pay their bills, those checks would hardly be appealing to credit card issuers eyeballing a flagging economy.

Moreover, that same economic anxiety also led many issuers to tighten the proverbial pursestrings. There were a number of reports of issuers enacting stricter approval requirements, making it harder to get a new card, especially if your credit history wasn't stellar to begin with. Those who did manage to get approved also faced lower credit limits.

Numbers likely to increase over the next few months

It will probably take a while for things to get back to pre-coronavirus levels. Unemployment and underemployment will likely continue to be a problem for some time to come. But there are positive signs that folks are bouncing back.

Now that vaccinations are rolling out and everything is opening back up, chances are good we'll see new card applications bounce back too.

If nothing else, issuers are doing their part to get potential cardholders excited. Multiple issuers have recently released new credit cards, which have probably been sitting on ice while we've been waiting for the economy to reopen.

And we're also seeing signs that travel rewards cards are back in fashion. International travel is opening back up as many popular tourist destinations welcome vaccinated travelers, and issuers are responding in kind. Expect to see a number of big sign-up bonuses this summer as issuers look to lure in folks who have been itching to hit the skies.