How to Stay Happy While Paying Off Debt

A heavy debt burden can wear on your well-being. Here's how to stay positive while you get back in the black. 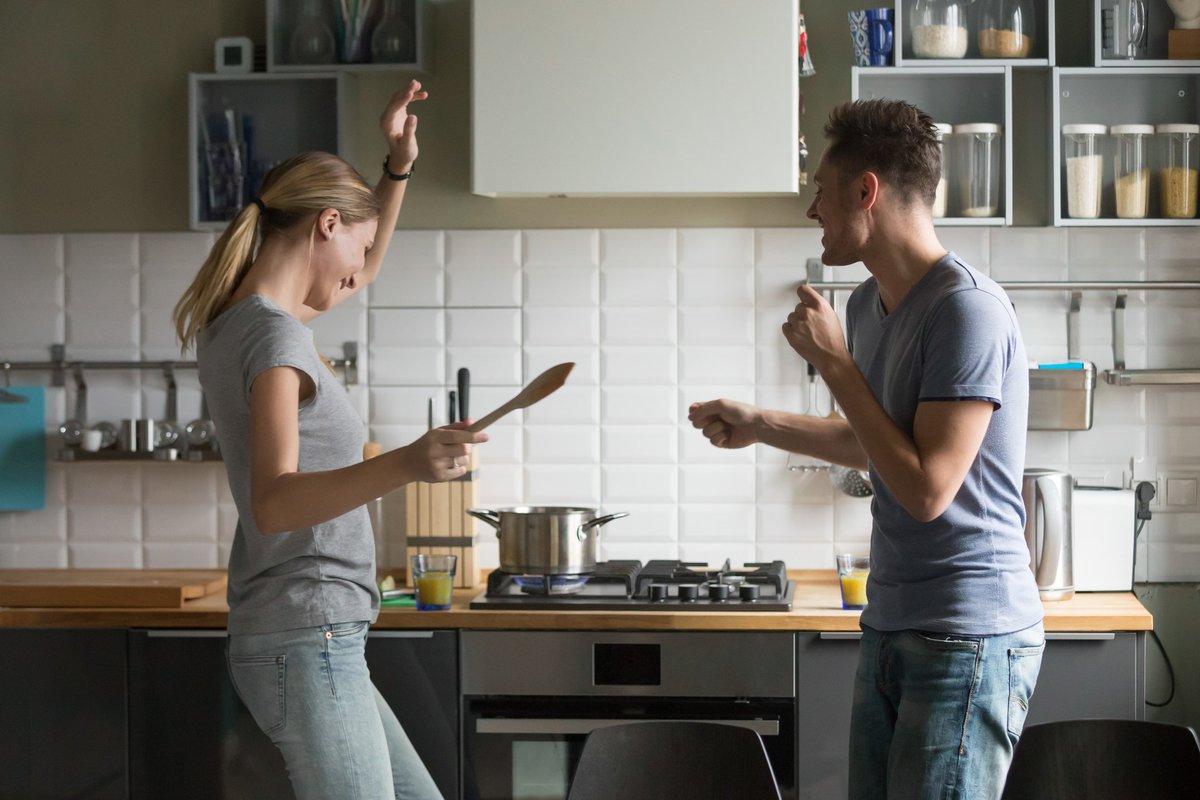 As someone who has been deeply in debt, I can understand if the title of this article makes you wince. "Happy" is not a word normally associated with the hard work it takes to pay off debt.

But your life can be happy while digging your way out from under a mountain of bills.

It's true that debt sucks some of the joy out of you. Stanford health psychologist Kelly McGonigal says that humans can deal with sources of stress that come and go -- think injuries, the deaths of loved ones, and so on. Humans are designed to respond to emergencies as they arise, coping with them and then moving on. But how are we supposed to cope with a stressful situation that persists day after day -- like debt?

The answer is: We don't. So long as we're carrying more debt than we're comfortable with, we suffer mentally and physically.

That was the case for my husband and I. We married young, during our freshman year of college. Our sons were born while we were in college. We purchased our first home while still in school. All the while, the debts piled up.

After graduation, we both landed good jobs, and we saw ourselves on an upward trajectory. We spent money as though we would never hit a bump in the road.

Cue the Great Recession of 2007. The industries we worked in were crushed, and the housing market crashed so badly that we were forced to take a huge loss on our dream home and move across the country to a place where mosquitoes are rumored to carry small children away.

When I finally added up our unsecured debt, the amount left me numb. Yet this was one of the best things that could have happened to us, because it spurred us to action. We came up with a plan to pay our debts off in five years. It stung, but it was doable.

If you find yourself missing payments or choosing between paying bills and buying groceries, you owe it to yourself to look into credit counseling, debt consolidation, or even debt settlement.

Here are the tips that got us through.

Live below your ego

This was the toughest part of getting out of debt. For years, we had appeared to be successful. To get everything paid off, we had to humble ourselves and forget about what anyone else thought.

We adopted a hybrid of the 50/30/20 rule. That meant that we dedicated 50% of our take-home pay to essentials such as rent, utilities, groceries, etc. Once our home was sold, we choose to rent for five years. Utilities for our apartment were low, and there were no maintenance costs, meaning we could put that money toward debt.

Rather than spend the entire 30% designated for "wants," we budgeted 20% for miscellaneous spending and put the extra 10% into our debt repayment fund.

Finally, we put 20% of our take-home pay into savings. It may sound odd to put money into a low-interest savings account while paying off high-interest debt, but we knew that if we had an emergency, the expense would end up on a credit card unless we could pay cash.

Set regrets aside and look forward

We decided early in the process that regretting our past choices was a waste of energy. According to Psychology Today, a persistent feeling of regret can have negative emotional, cognitive, and neurophysiological effects. We had zero time for that.

When things got tough or we felt sorry for ourselves, we focused on what life would be like when those debts were finally put to bed.

My husband decided to learn a new language, and I vowed to read all those classic books I should have read in college. A friend in a similar situation became a gourmet cook. Would we have slowed down long enough to do these things prior to the recession? I sincerely doubt it.

During your financial rebuilding phase, find new people to interact with. Paying off debts does not prevent you from joining a new ball team, book club, or civic organization. Use the time to expand your horizons.

Our rebuilding phase inspired us to become more spontaneous. There were drives up the coast, and quiet moments binging on Netflix. Speaking of which, our new budget included some money for an occasional dinner out and in-home entertainment. Much like diets, budgets are impossible to stick to if they're too strict.

Spend time with loved ones

CNBC recently ran a story about what 90-somethings regret. The biggest regret among the seniors interviewed was not having spent more time with the people they loved.

Our largest expenditure during those years was airfare. We lived on the coast, and 90% of the people we love live in the middle of the country. No matter how tight our budget, we managed to see them several times a year. There were no manicures or massages, expensive dinners, or new furnishings, but we did spend time with the people we loved.

I would not wish debt upon anyone, but let's face it: The vast majority of Americans are already swimming in it. If you're feeling overwhelmed, and digging out seems daunting, I'm here to tell you that it doesn't have to be. It boils down to this:

Finally, take it one day at a time and be kind to yourself. You're doing a good thing, and your future self thanks you.