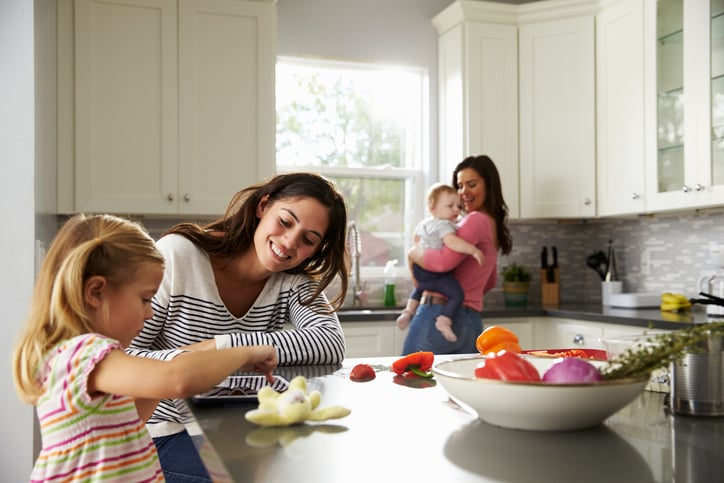 The newly expanded credit has already worked wonders for many families.

When the American Rescue Plan was signed into law back in March, it didn't just send stimulus checks out to the masses. It also expanded a very important tax credit for families.

The Child Tax Credit has been around for years, but up until this year, it maxed out at $2,000 per child under the age of 17. The credit was also only partially refundable, which meant a family with a $0 tax liability couldn't get a full $2,000 per child. And the credit was only available as a single lump-sum payment following the filing of a tax return.

Thanks to the American Rescue Plan, the credit's value has increased substantially, as follows:

Furthermore, the Child Tax Credit is now fully refundable. A family entitled to a $3,600 tax credit with no tax liability can receive that $3,600 in its entirety. Plus, families don't need to wait as long to get their hands on that money.

Half of the Child Tax Credit is being sent out in the form of monthly installments between July and December. The remaining 50% will be paid in 2022.

Many families have already seen their July Child Tax Credit hit their bank accounts. And new data reveals that it's already made a huge difference.

Parents on a whole said they've had less trouble covering essential expenses following the first Child Tax Credit payment, which was sent out on July 15, as per a new Census Bureau survey. Just over 10% of families with children reported sometimes or often not having access to enough food over the seven days leading up to the survey, which was conducted between July 21 and Aug. 2. That's the lowest percentage of families to make that statement since the start of the pandemic.

Furthermore, about 29% of households with children had difficulty paying their bills the week leading up to the survey. By contrast, 31.5% said the same thing when surveyed a month earlier.

Families who received money under the Child Tax Credit spent that money on different essentials. But a good 57% used at least part of their payments to cover items needed for their children to return to school, like books and supplies.

All told, it's clear that the Child Tax Credit has helped many families cover essential bills. In fact, 27% of parents say they've mostly spent that first payment already. Meanwhile, 32% mostly used that money to pad their savings accounts and 40% mostly used it to pay down debt.

Experts say that the enhanced Child Tax Credit is expected to reduce the child poverty rate by nearly 50%. As of now, the expanded credit is only applicable for the current year. Lawmakers are, however, fighting to keep the current version in place beyond 2021. If that happens, the credit could serve as a lifeline for many families and help a large number of households recover from the impact of the pandemic.