How the Election Will Affect Interest Rates 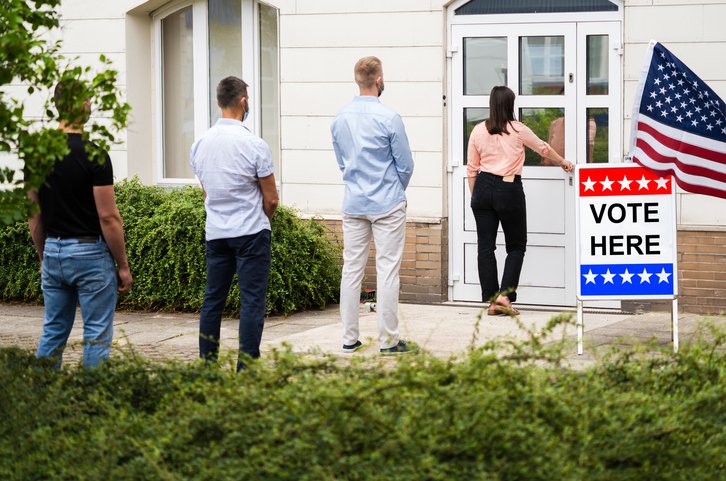 Will interest rates change after the election? It's hard to know for sure.

What are interest rates?

When we talk about interest rates, we're talking about the amount it costs to borrow or lend money. For consumers, that might be the interest you pay on a loan or, conversely, the interest you earn on a savings account.

It's useful to understand two important rate terms. One is the Federal funds rate, which is set by the Federal Reserve. You'll find that this rate -- which is the rate financial institutions use when they borrow from and lend to each other -- influences all other interest rates.

The other is the prime rate, which is set by individual lenders. This is the rate financial institutions charge "prime" customers -- those with the highest credit scores. Typically, this rate is the federal fund rate, plus a percentage set by the lender.

Presidents, politicians, and policies undoubtedly have an impact on the economy. But it is the Federal Reserve and financial institutions that ultimately set interest rates. When the economy is sluggish and in need of stimulus, the Fed lowers the federal funds rate to get things moving. Not only does the lower rate make it less expensive for banks to borrow from each other, but it allows them to offer borrowers better interest rates. And that's a big reason for the record low mortgage rates we've seen this summer.

The role of financial institutions

Banks and credit unions do not offer consumers the Federal Reserve interest rate, but it is an important factor. The interest rate we consumers pay on financial products -- including mortgages, auto loans, personal loans, and credit cards -- is either directly impacted or influenced by the federal funds rate. High rates are good for savers and lower rates are good for borrowers.

When rates are low, as they are right now, it might be a good time to consolidate high-interest debt or even refinance your mortgage, especially if you have a good credit score.

The interest rate during election year

It's fair to say that this election year has been extraordinary. COVID-19 has changed our lives in ways that few could have predicted a year ago. Even so, the Fed rarely changes the Federal funds rate in the months preceding an election. However, interest rates may change after the election as the market reacts to possible policy changes or the change of a new president -- though they are unlikely to fall, as this would take rates into negative territory.

We took a look at what happened to the prime rate in the 12 presidential elections since 1972. The rate ended the year higher than it started after seven elections. It dropped four times and, in 2012, it stayed the same. The market did not seem to care if the new president was a Democrat or Republican. What mattered more was the current state of the economy and how it might react to the new Oval Office occupant.

Our interest rates are determined by the Federal Reserve and financial institutions, no matter who sits in the Oval Office. What can have an impact is the Fed's perception of the president's economic policies.

For example, the federal fund rate ticked up in 2016, the year Donald Trump was elected. It was no secret that Trump wanted corporate tax cuts and to deregulate environmental and community protections. The Fed saw these cost-cutting measures as an indicator of short-term economic growth and raised the rate to keep that potential growth under control.

There is no way to say for sure what the Fed will do following the 2020 election, but this year we have some strong indications. The U.S. has been hit with a double whammy absolutely unrelated to the presidential election. Not only are we facing our first pandemic in more than 100 years, but in February, the U.S. also officially slipped into a recession.

The Fed's ability to control the federal funds rate was designed precisely for situations like these. It comes as no surprise that the Fed has indicated they will keep rates low long enough for the economy to regain its footing, even if it takes years.