Stimulus Bills Include $45 Billion in Rental Assistance, but States Are Struggling to Disburse That Aid 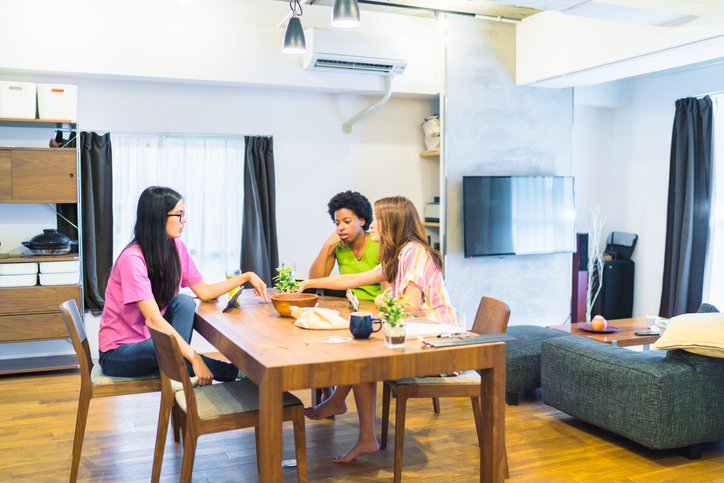 Many tenants are behind on their rent -- but the aid that's out there has been hard to get.

Millions of Americans have lost their jobs in the course of the coronavirus pandemic. And even those who have remained employed have struggled with income loss. For those without savings, it's been a really tough road.

In fact, many tenants have fallen behind on their rent over the past 12 months. There's a nationwide eviction moratorium that's just been extended until the end of June. When it runs out, tenants who owe back rent will be at risk of eviction. Not only that, but landlords are also in a very difficult position. Many aren't wealthy individuals with dozens of properties in their portfolios. Rather, they're mom-and-pop landlords -- people who own one or two properties and rely on rental income to pay their own bills.

The good news is the two recent stimulus bills included $45 billion in rental assistance. Part comes from the recently signed $1.9 trillion American Rescue Plan, and part comes from December's $900 billion relief bill. The bad news, however, is that it's taking a very long time for that money to go into the pockets of the people who need it.

It's been several months since lawmakers approved billions of dollars in rental assistance. The problem is that those funds are being allocated at a state level. And some states don't have a great system in place for making that money available to applicants.

In fact, as of early April, about 20 states did not yet have a program in place to disburse rental assistance funds -- despite the fact that $25 billion has been available since December. A big reason for the delay is that states have never had to distribute such a large sum of money before and are trying to figure out a good system to do so. But housing advocates say some states are making things needlessly complicated by imposing strict documentation requirements that slow the process down.

The states that do have programs up and running are discovering additional problems. For example, states may be ready to disburse funds directly to landlords who are owed money, but some landlords are refusing to agree to the terms, which can include not raising tenants' rent.

Not every state is ready to distribute rental assistance funds. But if you're behind with your rent, it makes sense to keep tabs on when that money will become available. Not sure where to start? Contact your state housing agency for more information. You can also ask your landlord to apply for assistance on your behalf. Landlords with larger properties, like apartment buildings, may be willing to take over the process -- especially if multiple tenants are behind on rent. After all, they're the ones who stand to get paid.

The eviction ban means you can't be evicted for unpaid rent, though landlords have been pushing to overturn those moratoriums. The hope is that a combination of eviction bans and rental assistance can avert a major homelessness crisis. But that can only happen if states get their acts together and get those funds out to the people who need that money.