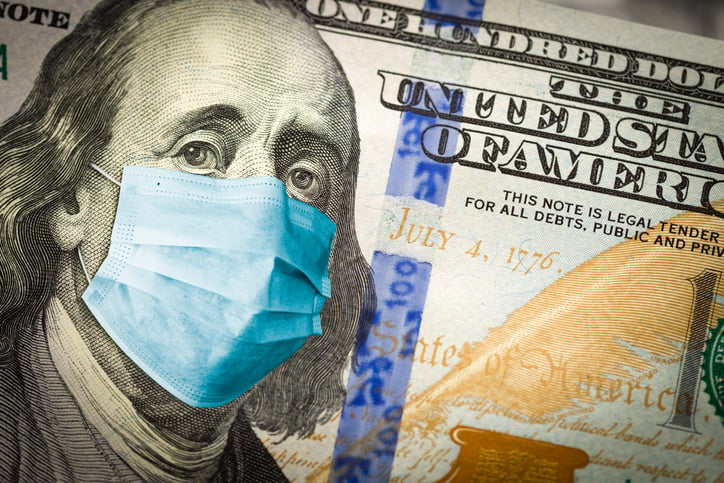 Unfortunately, lawmakers have yet to come to terms on a second stimulus bill -- which leaves Americans waiting for their follow-up checks.

Millions of Americans are struggling in the wake of COVID-19, and it's not just the jobless who are having a hard time making ends meet. Even those who are working are dealing with income loss, and are having to make sacrifices to avoid falling behind on their bills.

For months, Americans have been holding out hope for a second stimulus check -- one to follow the initial $1,200 direct payments that went out under the CARES Act. And earlier this summer, it seemed as though a second stimulus payment would indeed come in August, as lawmakers sat down in late July to start hammering out a second relief package.

But unfortunately, those talks pretty much went nowhere. Democrats and Republicans couldn't come to terms on certain aspects of that relief plan -- notably, its price tag (Democrats wanted to spend a lot more) as well as boosted unemployment. As such, negotiations have effectively been put on pause for the time being.

And the sad part? The one aspect of a relief deal both sides actually agreed on was a stimulus payment itself. In fact, both Democrats and Republicans wanted to send out a $1,200 check (or direct deposit) to each eligible adult. But because those stimulus payments are just one facet of a larger relief bill, they can't just be sent out independently.

What's even more frustrating is that President Trump has taken matters into his own hands with a number of executive orders signed earlier this month. Those orders dealt with payroll tax breaks, evictions, and boosted unemployment -- but there was no action taken by the president to put stimulus cash into Americans' hands.

At this point, our best bet for getting a second stimulus check is likely late September or October. Not only is August almost done with, but the Senate is currently on recess until Sept. 8, which means we're most likely looking at getting a second relief bill approved after that date.

The good news is that the IRS has a system in place for issuing stimulus payments, so once that relief bill is signed into law, the agency can move quickly and get that money out in a matter of weeks. But that still means Americans will probably end up waiting a solid month to get that money -- maybe longer.

How to cope without a stimulus check

If you're awaiting a second stimulus check to keep up with your expenses, one grim fact you should know is that that payment isn't actually guaranteed. Just because both Democrats and Republicans have called for stimulus payments in their relief bills doesn't mean a final bill will feature one. And, as just mentioned, you may need to wait a while to get that cash.

So what should you do if money is extremely tight right now? First, if your income has been cut, see if you're eligible for unemployment benefits through your state. One misconception about unemployment is that you need to be fully out of work to collect it, but that's not necessarily the case, so if you're working less, try applying.

Next, see what bills you can hit pause on while your finances are in the dumps. If you're a homeowner, you can apply to put your mortgage into forbearance for 360 days. That means you don't have to make payments on your home loan during that time, though you will have to pay them eventually. If you're a renter, you can try negotiating an agreement with your landlord, and if that won't work, see if you qualify for rental assistance.

If you're struggling to buy groceries, you may be eligible for SNAP benefits, or for other programs, like WIC. And of course a lot of credit card companies are offering their own relief, so reach out to yours if you can't make your minimum payments.

Hopefully, a second stimulus payment will indeed arrive at some point. But right now, it's hard to say when that point will be. Your best bet is to seek out as much relief as possible in the absence of a better answer.