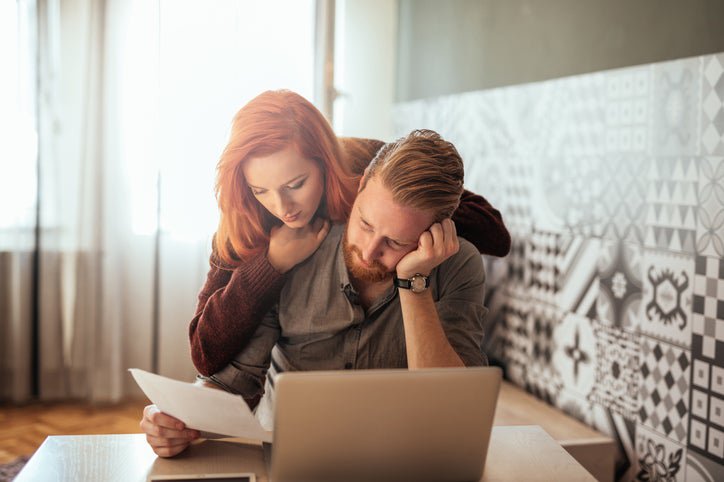 Inflation and pandemic-related financial issues are causing big issues for Americans, and now millions are calling for more direct support to help out.

Over the last several months, families in need of an extra financial boost have benefited from the enhanced Child Tax Credit, which included monthly payments of between $250 to $300 maximum per qualifying dependent. This money, which has landed in millions of mailboxes and bank accounts each month since July, has helped families with children and teenagers to make ends meet at a time when the nation still struggles to recover from the pandemic.

But while this money has been essential for households with children, millions of American households without dependents, including those who are still struggling with income losses or other financial problems caused by the pandemic, haven't been as lucky. While some childless households have benefited from the three different direct stimulus payments that were issued earlier in the pandemic, it has been several months since the most recent direct stimulus payment was issued. And, as of late November, there were no plans to issue more stimulus money to Americans in need.

The lack of ongoing financial support for millions of households has led lawmakers and regular citizens to call for more widespread financial support to be put into place. Thus far, however, none of the efforts have been successful -- but that isn't stopping the push for more stimulus money. In fact, one petition now has millions of supporters who are asking for more stimulus checks. Here's what's driving the push for more money by millions of Americans -- and what the petition is asking for.

What does this stimulus petition call for -- and why?

As of late November, a petition asking for more stimulus checks has been signed by millions of Americans -- and the widespread support is due, in major part, to the rapidly compounding issues with inflation. Over the last several months, inflation has taken a huge toll on the nation's economy, causing rapidly increasing prices and out of control costs on everything from gas to gifts -- and it's happening right in time for the holidays.

As such, experts now suggest that this holiday season could be one of the most expensive in recent history. And, with a large portion of the nation still struggling to overcome the effects of the pandemic, it could cause major issues for many, many households.

These types of issues are precisely why almost 3 million people have now signed in support of a Change.org petition. The petition, which calls for Congress to issue ongoing stimulus checks worth $2,000 per household, calls the pandemic-related issues "catastrophic," and states, in part: "I'm calling on Congress to support families with a $2,000 payment for adults and a $1,000 payment for kids immediately, and continuing regular checks for the duration of the crisis."

And, the supporter comments posted to the petition echo similar sentiments.

One recent supporter writes that they signed the petition because the pandemic has caused prices to climb out of control, stating: "The pandemic has made the cost of everything skyrocket. The stimulus would help to solve this dilemma."

Another recent comment states that more stimulus benefits are necessary because they can't keep up with bills. "I'm working two jobs and so is my roommate but we can't keep up with the bills of our hospital stays from last year. They pulled the rug out from under us when we needed them most. This pandemic isn't over as long as everyone is struggling week to week to catch up because of the damage," it says.

And, yet another comment directly notes how the Child Tax Credit has helped those with dependents while others without dependents have been left behind. It reads: "It's great that people with children are getting support, but those of us without kids are hurting too! Prices are so high and our wages aren't keeping up. We need help!"

Will this petition lead to more stimulus money?

That said, there are several compelling reasons why it would make sense for lawmakers to agree to another stimulus payment for Americans -- and the issues with inflation are a major part. Earlier this month, there were numerous reports -- including one that cited data from the Department of Agriculture -- indicating that inflation was likely to cause the 2021 Thanksgiving holiday to be the most expensive in history.

This concerning holiday cost projection was due, in large part, to the rising cost of food, which has caused the average price of American dinners to rise by 5%. That alone can add a ton of extra money to the cost of Thanksgiving or other holiday dinners.

And, that's just one estimate of the average cost increase. According to a recent report from the American Farm Bureau Federation, the average cost of dinner may have actually climbed by as much as 14% -- and if it has, it could cause traditional holiday dinners to be well out of reach for many low- to moderate-income households across the country.

These types of issues aren't just going to affect the holiday season, either. An increase of between 5% to 14% for the average American dinner is a steep jump for any household, and is likely to cause issues with food insecurity or other financial stressors for millions of households.

But it's not just food prices that are climbing. As of October, inflation was up a whopping 6.2% year over year, according to the consumer price index -- the highest spike since 1990. That inflation spike will have a direct effect on the prices of all holiday purchases this year -- from gifts to wrapping paper and groceries. And, it will also directly impact the cost of travel and other holiday-related expenses -- which may make it tough for some households to visit family or loved ones in 2021.

Those issues, coupled with the threat from the newly identified omicron strain of COVID-19, could help to justify more financial support from Congress. But whether or not that will actually come to fruition remains to be seen.