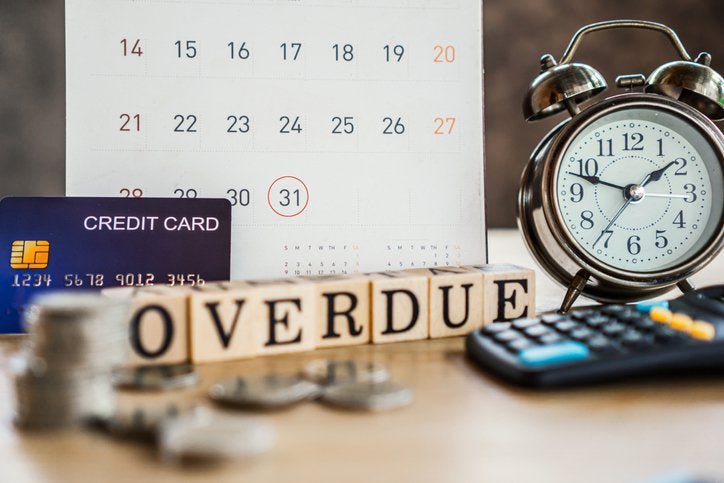 One of the biggest financial mistakes a consumer with a credit card can make is to become delinquent on a payment. If your account becomes delinquent, not only will your credit rating take a serious hit, you could also be faced with penalty interest rates.

Credit card delinquencies in the United States are much lower overall than they were a decade ago, but as we can see in this study, delinquencies are a much bigger problem for some states than others.

At 90 days, the account is considered seriously delinquent, which is when the card issuer may report the account to collections or freeze the cardholder’s option to make a payment. To see which states have the highest delinquency rates, we analyzed the percentage of credit card balances in each state that were delinquent by 90 days or more.

While an average of 7.58% of credit card balances across the United States are seriously delinquent, several states recorded much higher numbers.

Nevada has the dubious top spot in terms of seriously delinquent credit card balances, and that’s nothing new. Starting in 2008, the state had the highest percentage of delinquent balances for nine out of the last 11 years. The two exceptions were 2012 and 2013, when Florida bumped Nevada down to No. 2.

Most states don’t have a major difference in their delinquent credit card balances from year to year, so you tend to see a similar group of states recording the highest delinquencies. In addition to Nevada, Arizona and Florida have also always ranked in the top-five over the past decade.

Certain states do see their credit card delinquencies change significantly over the years. Arkansas is one example of a state where delinquencies have gotten steadily worse. In 2014, its percentage of credit card balances that were delinquent by 90 days or more was 7.01% -- below the national average and ranking it 19th in the country for high delinquencies. That percentage has increased every year since then, and it ranked 14th in 2015, ninth in 2016, and fifth in 2017.

Credit card delinquencies in Arkansas since 2014

The states that record the lowest credit card delinquencies are also reasonably consistent from one year to the next. North Dakota was the leader from 2012 to 2016, took third in 2017 behind Wisconsin and Nebraska, and then ranked first again in 2018.

There are typically a few states each year that see a significant change in credit card delinquencies.

That said, there are a few states that jump out because they don’t rank where you’d think, based on their delinquency rates. Utah had the third-lowest percentage of credit card balances that were 90 days or more delinquent, but when it comes to its average credit score, it’s tied for 18th.

With Florida and Arizona, it’s the opposite. Even though both those states consistently have some of the highest credit card delinquencies, their average credit scores rank 35th and 36th.

These differences in credit card delinquencies and credit scores by state illustrate that there’s more to good credit than just payment history. That is the most important factor, but credit utilization, the age of a consumer’s credit accounts, and the type of credit accounts used are all important scoring criteria as well.

If consumers are in danger of making a late payment because they can't afford it, it's worth considering a card with a 0% introductory APR to reduce interest charges and fees.

States that have high credit card delinquencies often continue that trend for years, which makes sense given how hard it is to get out of delinquent credit card debt. Consumers in these states also tend to have lower-than-average credit scores. There are, however, exceptions to both of those trends.

Data on credit card delinquencies was obtained from the Federal Reserve Bank of New York’s Report on State Level Household Debt Statistics 2003 – 2018. Data on average credit scores in each state was collected from Experian’s State of Credit Report for 2018.