How to Avoid Sex Discrimination in Your Small Business

Employees in all 50 states are now protected against discrimination based on sex, sexual orientation, and gender identity. What does that mean for your small business?

Until very recently, workers in roughly half the U.S. states could be fired for being gay or transgender.

That ended on June 15, 2020, when the U.S. Supreme Court ruled that lesbian, gay, bisexual, transgender, and queer (LGBTQ) workers were protected from bias under Title VII of the Civil Rights Act of 1964.

What do you need to know to comply with the law? More important, how can a gender-inclusive workplace benefit your workers and your business?

What is gender discrimination?

Sex discrimination is unfavorable treatment based on someone's gender. In the wake of the Supreme Court's decision, gender includes sex, sexual orientation, and gender identity and expression.

Gender identity is your personal sense of your own gender. It may or may not align with your biological gender. Gender expression is how someone expresses gender through things like clothing, makeup, and behavior.

What are the laws?

The decision covered three consolidated cases in which employees alleged they were fired for being gay or transgender.

The company fired him, arguing that it would violate the dress code, disrupt the grieving process of its clients, and force female clients and staff to share restroom facilities with him.

The Supreme Court acknowledged that redefining sex to include gender identity was "no trivial matter," since so many aspects of our lives — from restrooms to schools to uniforms — are based on sex.

Yet the language of Title VII is clear: Sex discrimination is illegal. And the court concluded there's no way to make a decision based on sexual orientation or gender identity without relying on an employee's sex.

The court also recalled that "sex" was originally added to Title VII as a floor amendment one day before the U.S. House of Representatives approved the bill, most likely in an attempt to defeat it. The courts had been working out what that little amendment meant in the workplace ever since.

As an example of how this has evolved, the EEOC opined shortly after the law's passage that separate job listings for women and men were merely helpful, not discriminatory.

In addition to Title VII, many states and cities have laws on the books protecting sexual orientation and gender identity. The Americans With Disabilities Act (ADA) also includes protections for "gender identity disorders."

What are employers’ responsibilities?

Businesses with 15 or more employees may not discriminate under Title VII or the ADA. If you fall under the threshold, you may still be covered by state or municipal laws barring sex discrimination.

Employers should also be very careful about any adverse actions taken in the wake of an employee complaint to avoid retaliation.

Even if your business has fewer than 15 employees, Title VII is a best practice. Fostering an inclusive work environment gives employers a broader talent base, reduces the chance of complaints and lawsuits, and provides a more positive working environment.

Employment discrimination is unfavorable treatment based on a protected characteristic — in this case, sex. This includes making decisions regarding hiring, firing, performance appraisals, promotions, benefits, compensation, and other terms and conditions of employment.

If you base such decisions even partly on a protected characteristic such as sex, you are violating Title VII.

Discrimination doesn't have to be intentional. Some human resources (HR) policies and practices have a disparate impact on a protected class.

You can look for unintended discrimination in your company by examining hiring, pay, promotions, and other key HR metrics. HR software makes it fast and easy to root out systemic bias. Are men doing better than women in your business? Or do your numbers reflect a level playing field?

HR software such as Zoho People can help you measure the hidden impact of your policies. Source: Zoho People.

Discrimination also includes harassment, or unwelcome conduct based on a protected characteristic that affects the employee's work environment.

To constitute harassment, the conduct has to be pervasive or severe enough to create what the EEOC calls a "hostile" work environment. That doesn't mean literally hostile. Rather, it means the conduct is persistent or offensive enough to negatively affect the employee's working conditions.

Harassment doesn't have to come from an employee. It may also include acts by vendors, contractors, and others who interact with your staff.

What kinds of actions and speech reach the bar of sex discrimination? Here are some examples:

How do employees report it?

Employees can file discrimination complaints through their supervisors, to HR, to company leadership, or by filing a formal EEOC complaint.

The longer discrimination goes unaddressed, the more costly it will be for your company. That's why it's wise to encourage employees to speak up if they feel they're being harassed or discriminated against.

You may not be able to prevent every instance of bias in your workplace, but with sound HR policies and training, you can protect the positive environment you've worked so hard to create for all employees.

To create a gender-inclusive workplace, consider these best practices:

Inclusion is more than the law

The Best Human Resources Software of 2021

END_OF_DOCUMENT_TOKEN_TO_BE_REPLACED 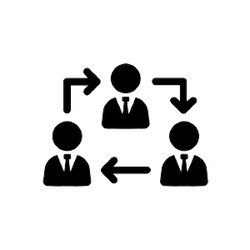 The Small Business Guide to Searching Resumes on LinkedIn
LinkedIn is a social media platform for professionals and a great recruiting tool for businesses. Here we go through the resume search process to find candidates.
By Karen McCandless
The Complete Guide to Pre-Employment Testing
Pre-employment testing are assessments that candidates have to undergo during the interview process. Here are the six benefits of using pre-employment testing
By Karen McCandless
7 Qualities to Look for in Your First Hire
When you're hiring a new employee, you’ve got to be sure you are making the right decision. Learn to look for the following seven qualities in your first hire.
By DP Taylor