The fiber-optic communications products company lit up after a strong quarterly report. 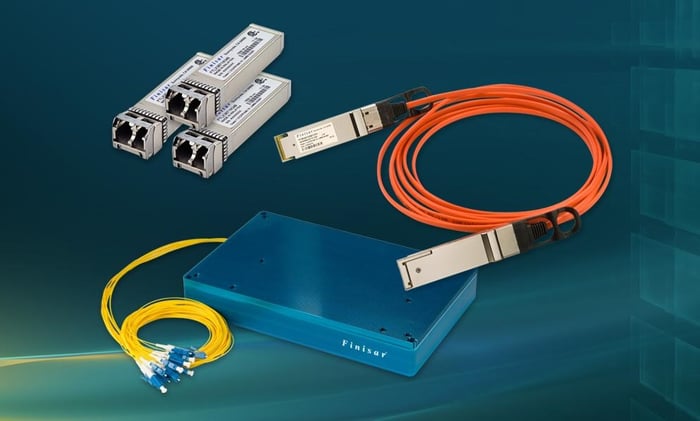 Shares of Finisar Corporation (FNSR) jumped as much as 18.4% early Friday, then settled to trade up 13.3% as of 3:30 p.m. EDT, after the fiber-optic subsystems and components company released stronger-than-expected fiscal first-quarter 2017 results. The move also extends last month's encouraging trend of rising optical networking stocks.

This growth was primarily driven by strong demand for 100Gb/s transceivers in CFP, CFP2, CFP4, and QSFP28 form factors. In addition, demand for wavelength selective switches was strong. Our gross margins improved significantly due to favorable product mix and leverage of our vertically integrated manufacturing infrastructure over the larger volume. The combination of revenues being at the higher end of our guidance range and better than expected gross margins resulted in earnings per fully diluted share exceeding the upper end of our guidance range.

In the end, this is a fairly straightforward beat-and-raise scenario for Finisar, and it's no surprise to see shares trading significantly higher today.