Revenue and earnings declined, but it wasn't as bad as analysts were expecting.

Shares of Finisar Corp. (FNSR) rose on Friday following a strong fiscal first-quarter report from the provider of subsystems and components for fiber-optic communications. The stock was up about 14.7% at 11:20 a.m. EDT.

Finisar reported first-quarter revenue of $317.3 million, down 7.2% year over year but about $1.5 million higher than the average analyst estimate. Revenue did grow slightly from the previous quarter, driven by demand for the company's wavelength selective switches. 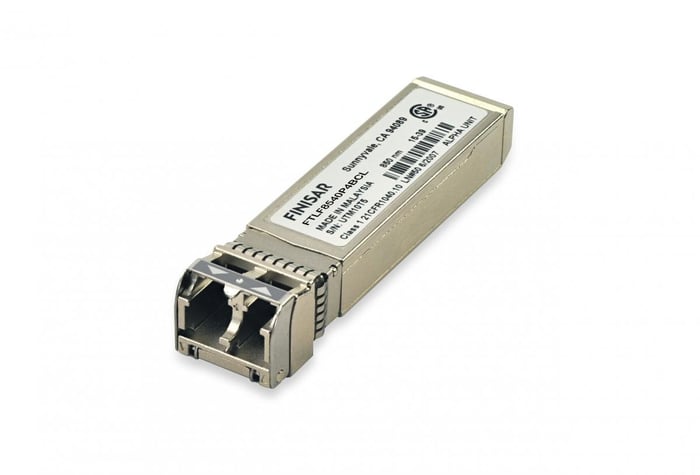 Non-GAAP earnings per share came in at $0.18, down from $0.40 in the prior-year period but $0.06 higher than analysts were expecting. The company posted a loss of $0.16 per share on a GAAP basis, down from a profit of $0.17 per share a year ago. Gross margin declined substantially from the year-ago period, dropping 8.3 percentage points to 25.4%, but improved sequentially.

While Finisar's results weren't particularly good on an absolute basis, CEO Michael Hurlston emphasized the positives: "In addition, we were able to accelerate the process of bringing more focus to our product development efforts, which allowed the company to reduce relative expense levels faster than expected. In combination, this led to better earnings per share, exceeding the high end of our guidance range."

Finisar's revenue and earnings slumped in the second quarter, but the company beat expectations and provided guidance that included the possibility of growth in the third quarter. That was enough good news to send the stock soaring.