Stock market volatility continued on Thursday, standing in stark contrast to the generally calm trading that has gone on throughout much of 2017 to date. Major benchmarks were all down more than 1% before rebounding slightly near the end of the trading day, and the Nasdaq Composite again suffered the worst performance, falling nearly 1.5%. Technology stocks bore the brunt of the damage in the market, while other sectors like financials and energy fared much better on a relative basis. Moreover, some positive news from individual companies helped create big gains, and Select Comfort (NASDAQ:SNBR), Chicago Bridge & Iron (NYSE:CBI), and Fifth Street Finance (NASDAQ: FSC) were among the best performers on the day. Below, we'll look more closely at these stocks to tell you why they did so well.

Shares of Select Comfort jumped 11% as investors reacted to reports suggesting the potential for a merger or acquisition in the mattress space. Tempur-Sealy (NYSE:TPX), big enough to be the potential buyer in an acquisition, is the logical partner for Select Comfort. A single rumor certainly isn't evidence that any actual discussions about M&A activity are going on, and it's entirely possible that nothing will come of this speculation. With the rumors having lifted Select Comfort's stock price toward all-time highs, any buyout would be almost twice as expensive as it would have been as recently as the beginning of 2017. 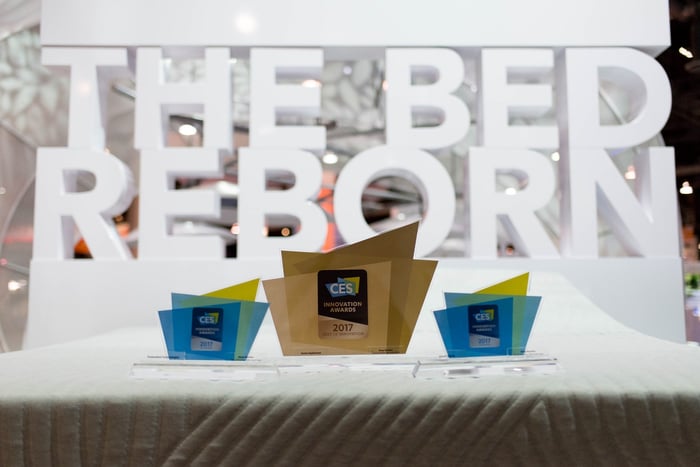 Chicago Bridge & Iron stock rose 7%, building on substantial gains in recent days. On Tuesday, shares jumped almost 40% on news that the engineering and construction specialist had won a court case against Westinghouse Electric concerning the sale of two nuclear power plant projects in 2015. The ruling avoided a damages claim of $2 billion against Chicago Bridge, spurring the gain. Then on Wednesday, Chicago Bridge stock again climbed, this time on analyst upgrades seeing uncertainty about the company's fundamental business prospects starting to evaporate. On a tough day for the market, investors gravitated toward positive momentum stories like this, and a potential turnaround could give Chicago Bridge a lot more upside in the months to come.

Will Fifth Street get an offer it can't refuse?

Finally, shares of Fifth Street Finance jumped 18%. The stock saw substantial volatility on reports that Oaktree Capital (NYSE:OAK) might look to buy the manager of the business development company (BDC). Fifth Street Asset Management manages Fifth Street Finance and another BDC, and The Wall Street Journal cited sources that suggested in April that Fifth Street was looking for a buyer and more recently that Oaktree manager Howard Marks was interested in a deal. Some investors have expressed skepticism about a Fifth Street deal, though, and it remains to be seen exactly what impact an acquisition of the BDC's manager would have on the business development company itself. Investors will want to tread carefully until more details become available.