GW Pharmaceuticals, Canopy Growth, and Insys Therapeutics have catalysts that could cause their shares to soar next year.

The marijuana market is growing rapidly and that's creating a lot of interest in owning marijuana stocks. However, investors need to pick what marijuana stocks to buy carefully. There are likely to be more losers in this industry than winners, and it could be a long time before any of these companies deliver consistent earnings per share.

If you're wondering what marijuana stocks could be top stocks in 2018, you might want to consider the catalysts ahead for GW Pharmaceuticals (GWPH), Canopy Growth (WEED 4.49%) (CGC 4.76%), and Insys Therapeutics (INSY).

Eyes on the finish line

Unlike marijuana companies that are selling medical marijuana at dispensaries in states with medical marijuana laws on the books, GW Pharmaceuticals is pursuing Food and Drug Administration approval of a marijuana-based drug for epilepsy, and a decision from the FDA is expected in 2018. 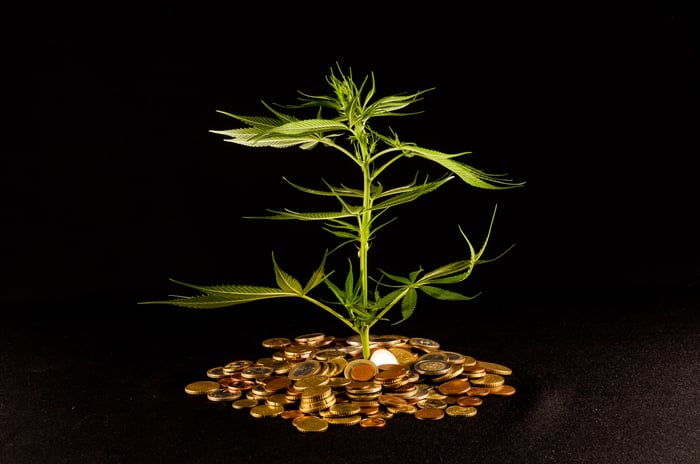 The drug -- Epidiolex -- has already delivered impressive efficacy in late-stage clinical trials, and if the FDA gives it a blessing, Epidiolex can sidestep the risk that Washington, D.C., starts enforcing federal laws prohibiting marijuana sales in states that have legalized it.

Although an approval of Epidiolex isn't guaranteed, results from its trials show that it reduces the number of monthly seizures in patients with rare forms of childhood-onset epilepsy by about 40%. What makes this finding particularly impressive is that patients participating in trials were heavily pre-treated, having received a median of four prior therapies.

Clearly, Epidiolex offers important new hope to patients whose disease is inadequately controlled by currently available options. According to GW Pharmaceuticals, that's a big addressable market. There are 470,000 children with epilepsy in the U.S. alone, and one-third of epilepsy patients continue to endure seizures despite receiving treatment with existing medicines. Since epilepsy drugs can cost thousands of dollars per year, if Epidiolex is approved and it's priced similarly, it could generate annual sales into the nine figures.

GW Pharmaceuticals has already filed for FDA approval of Epidiolex and that suggests Epidiolex could be commercially available next year if manufacturing inspections go well and the Drug Enforcement Administration is quick to schedule it.

The U.S. marijuana market is growing, but it faces risks because federal laws still schedule marijuana as a Class 1 drug.

Rather than risk the Trump administration cracking down on state-regulated marijuana markets in America, it may be a better bet to look north of the border to Canada, where medical marijuana has been legal since 2001 and recreational marijuana could become legal in 2018. 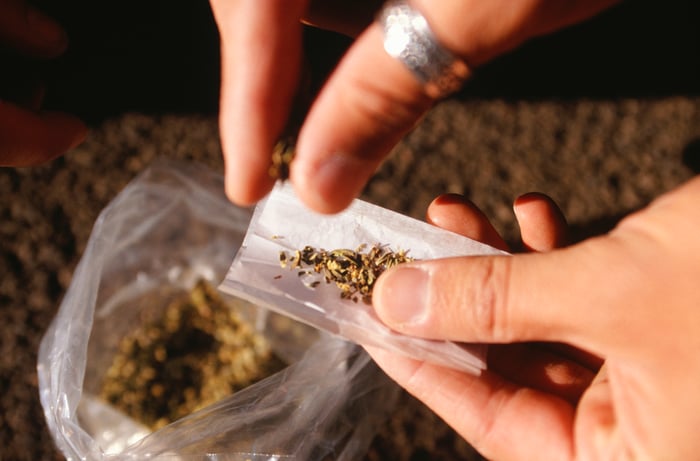 The biggest marijuana stock in Canada is Canopy Growth, the well-funded marijuana producer behind the popular marijuana brand Tweed. Canopy Growth has over $100 million on its balance sheet, and it did $44 million in marijuana sales over the past year. It's using its deep pockets and cash flow to boost grow capacity, acquire smaller competitors, and establish itself as the go-to online marketplace for legal weed when recreational marijuana gets the green light in Canada.

As of now, the Canadian marijuana market is worth about $80 million per year, but analysts think it could grow to $5 billion once recreational marijuana markets are up and running. Undeniably, Canada offers Canopy Growth a big opportunity, but the company isn't relying solely on Canada to fuel future sales.

Last year, it acquired MedCann to gain access to Germany's emerging marijuana market, and German regulators are expected to announce soon whether Canopy Growth will be awarded one of 10 licenses to grow marijuana within its borders. Canopy Growth also owns part of Bedrocan SA, giving it exposure to Brazil, and AusCann, allowing it access to Australia.

Currently, Canopy Growth's share price values the company at about $2.8 billion. Undeniably, that's a rich valuation for a company with only tens of millions of dollars in sales and no profits in 2016. However, if the recreational market in Canada (and elsewhere) leaps forward in 2018, shares could head much higher.

It's been a rough go for Insys Therapeutics investors. The company's been under scrutiny ever since former executives were arrested on charges of illegally marketing its opioid spray Subsys for off-label use. A revolving door in the C-suite and ongoing investigations have done little to help the company stay focused on launching its marijuana-based drug, Syndros, and developing cannabidiol drugs like Epidiolex for tough-to-treat epilepsy.

The challenges have sent shares reeling, but Insys Therapeutics has new management that's working hard to get its business back on track.

It's established a $150 million reserve to help resolve outstanding investigations and it began marketing Syndros this past summer. The FDA's accepted its application for approval of buprenorphine sublingual spray and a decision is expected in the second half of 2018, too. Furthermore, it plans to jump-start its drug research program for cannabidiol, a non-psychoactive chemical cannabinoid found in cannabis that's the active ingredient in Epidiolex.

It's anyone's guess when (or if) the company settles investigations, but investors would likely applaud news of that happening. It's also unclear how much of the market Syndros will capture, but the opportunity there is big enough to move the needle for investors, too. Syndros is an oral formulation of the THC-drug Marinol, and the generic Marinol market is worth about $200 million annually.

Getting its marijuana research and development program up to speed could be good news, as well. In addition to researching CBD in epilepsy, it's evaluating CBD as a pain treatment alternative to opioids.