As the longtime CEO of Berkshire Hathaway (NYSE:BRK.A)(NYSE:BRK.B), arguably the greatest investor in the world and one of the richest men alive, Warren Buffett understandably draws the attention of people who would love to replicate his success.

That doesn't mean we should simply buy all of the stocks that Buffett owns through Berkshire. Doing so wouldn't do justice to your personal investing situation. But his portfolio can be a great starting point for further research, especially if you're looking for stable, industry-leading businesses to own for the long haul.

To that end, we asked three top Motley Fool investors to pick Warren Buffett stocks they believe that retirees, in particular, can appreciate. Read on to learn why they chose Apple (NASDAQ:AAPL), Alphabet (NASDAQ:GOOG)(NASDAQ:GOOGL), and Wells Fargo (NYSE:WFC). 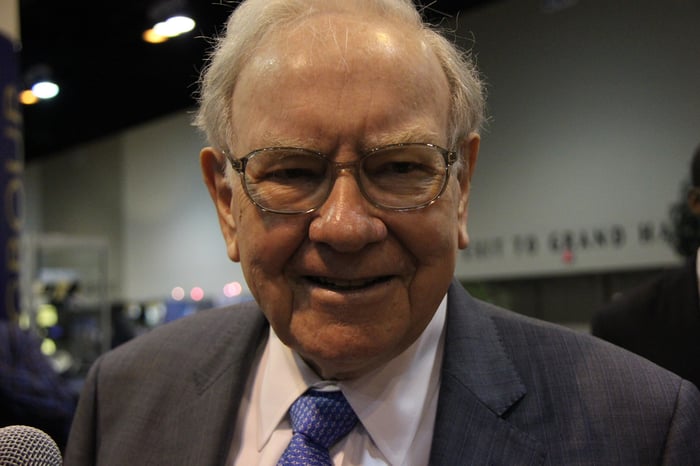 A $20+ billion vote of confidence

Steve Symington (Apple): As of its recent 13-F filing on August, Berkshire Hathaway owned 130,191,960 shares of Apple worth more than $20.8 billion as of this writing -- a position Buffett's famous holding company only just opened and disclosed earlier this year.

Of course, it's unsurprising that Apple might pique Buffett's interest at this point. The folks in Cupertino have successfully fostered Apple's brand and innovative products for years to become a massively profitable electronics industry titan. And even from its enormous base, Apple's growth accelerated for the third straight quarter in its latest three-month period, ahead of the impending launch of its 10th anniversary iPhone. Revenue last quarter climbed a solid 7% year over year to $45.4 billion, helped by unit and revenue growth in all product segments, while earnings per share rose nearly 18% to $1.67.

What's more, Apple has made a habit of aggressive capital returns. The company has returned nearly $223 billion to shareholders through dividends and repurchases since the inception of its current capital returns program in mid-2012, including $11.7 billion last quarter alone. And for investors concerned that that generosity might wane, keep in mind the company only just expanded that program by another $50 billion (to a cumulative $300 billion) in May.

With shares trading at less than 15 times this year's expected earnings, I think Apple offers an attractive combination of growth and capital returns that any retiree can appreciate.

Buy the stock that Warren Buffett wishes he had bought

Rich Smith (Alphabet): Speaking to his shareholders at the Berkshire Hathaway annual meeting earlier this summer, Buffett is said to have expressed some regret about not buying shares of Alphabet (NASDAQ:GOOG) (NASDAQ:GOOGL) back in the day. The Google owner, said Buffett, was an "extraordinary business" possessing "some aspects of a natural monopoly." In some ways, it even resembled some of his favorite "toll booth" businesses. Speaking wistfully, he observed that it often seemed that "every time" someone on a computer "hit a click... a cash register rung somewhere out in California."

Since the company reported earnings late last month, you see, Alphabet stock has dropped 6%, falling from $983 before earnings to just $928. Backing out its cash (and factoring in its debt), Alphabet stock now sells for only about 29 times debt-adjusted earnings. And, yes, I understand that that doesn't sound like much of a "value" in a stock expected to post earnings growth of "only" 20% annually over the next five years -- but here's the thing: Alphabet stock is actually a whole lot more profitable and a whole lot more of a "value" than it appears to be at first glance. Over the past 12 months, while the stock has reported earnings of only $91.3 billion, it has generated $25.2 billion in real cash profits (free cash flow). Weighed against the company's $558.4 billion enterprise value, that gives Alphabet an EV/FCF ratio of only 22.2.

That's only about 10% more money than would be required to mark an ordinary stock as a "value." But as Buffett points out, Alphabet is no ordinary stock. It's "extraordinary," a "natural monopoly," and a virtual "cash register" of a business. At today's prices, I'd argue that Alphabet stock is also a value stock.

Now's the time to buy a longtime favorite

Cory Renauer (Wells Fargo & Co.): Retirees looking for a growing source of dividend income will want to look past this bank's recent fumbles to see why it's still one of Berkshire Hathaway's largest holdings. Buffett loves companies with big, enduring advantages over their competitors, and Wells Fargo's has one of the widest economic moats in the banking sector.

Wells Fargo's advantages stem from an enormous consumer banking segment that provides it with access to more low-cost capital than any of its peers. The bank's customers appear more satisfied now than they were before the scandal broke, which suggests steady profits through reinvestment of low-interest deposits will continue to allow the company to reward its shareholders with steadily rising profits throughout their retirement years.

Wells Fargo shares also offer a juicy 2.97% dividend yield. The bank only needed to use 41% profits generated over the last year to make payments, which gives it plenty of room to lift the payout further in the years ahead.

Of course, higher dividend payouts depend on rising profits. With widely expected interest rate rises on the horizon and durable competitive advantages intact, that shouldn't be a problem.