When good stocks get cheap, that's the time to buy them on sale.

Sometimes, bad things happen to good companies. Sometimes, bad things even happen to great companies -- and when that happens, investors need to pounce. This week, we asked three of our favorite Foolish investors to suggest a handful of stock names that have underperformed the market recently, but that have the power to bounce back and power retirement portfolios for years to come. 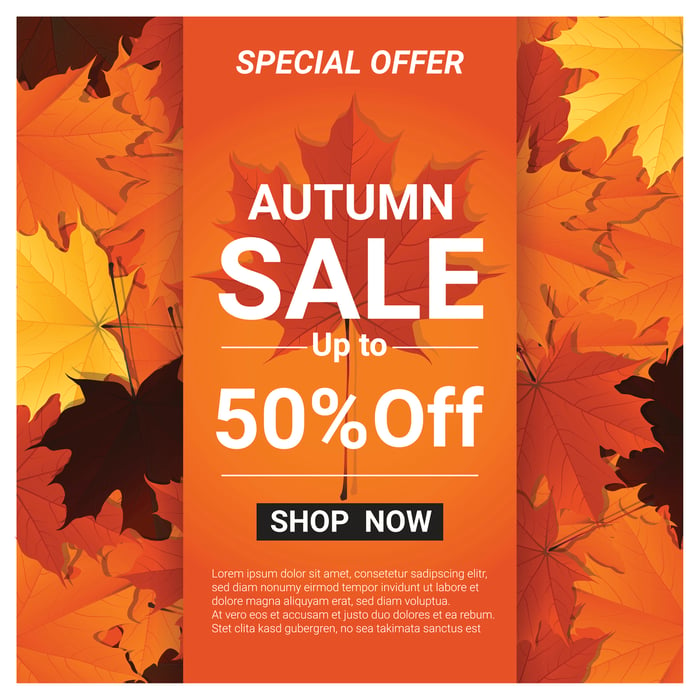 Stocks on sale! Get 'em while they're (not yet) hot. Image source: Getty Images.

Disney looks toward a bright 2018

Demitri Kalogeropoulos (Disney): The recent slump in Disney stock looks to me like a classic case of Wall Street fretting over short-term noise while the long-term outlook brightens. Yes, the House of Mouse is having an unusually bad year. Sales are flat over the past nine months, and operating income is falling as the pay TV business sheds subscribers.

Zoom out, though, and it's clear that the broader business is as strong as it has ever been. The parks and resorts segment, for one, could easily set another earnings record in fiscal 2018 as Disney's Shanghai resort starts kicking in significant profits. The media giant's pipeline of movie releases is stacked, too. There are four pictures on the way from the Marvel studios next year, and many more releases under the Pixar, Disney, and Disney Animation brands.

Disney's more immediate focus is on laying the groundwork for the next major installment in its blockbuster Star Wars franchise. While Star Wars: The Last Jedi's December release means its biggest impact will be on fiscal 2018's results, investors are likely to see the buildup for that move begin helping the consumer product division when Disney posts its fourth-quarter report in early November.

A 5.6% dividend yield in an inelastic sector? Yes, please!

HCP has come under fire over the past year for its divestment of HCR ManorCare, as well as its disposal of 64 assets tied to Brookdale Senior Living (BKD -0.22%). Though these divestments were made to remove slower-growth assets from HCP's portfolio, as well as reduce its debt and leverage, it also lowered its net operating income (NOI) in the process. Since REITs return 90% or more of their NOI in the form of a dividend in exchange for preferential tax treatment, it's meant a reduction in HCP's payout, which hasn't sat well with some investors.

As for this investor, I'd suggest that HCP has done everything it can to set itself up for the long-term. It appears to be on the right side of a numbers game that I believe it can win. The U.S. Census Bureau is forecasting a near-doubling in the elderly population (ages 65 and up) between 2015 and 2050, which should lend to better rental pricing power for HCP. After all, there should be an uptick in the demand for maintenance therapies and devices, physician appointments, and obviously senior housing.

HCP's recent divestments also makes sense following the moves it's made to lower its average interest rate paid on its debt, as well as push its average maturity date out by approximately two years since 2010. Spinning off and divesting the assets it did also left HCP with a portfolio of senior housing assets that primarily target independent senior living facilities, which have far less supply on the market than assisted living facilities. It was a smart move for HCP in the intermediate-term.

Of course, what seniors are going to like is the company's hefty 5.6% yield, which when reinvested could return 100% on your investment in less than 13 years.

HCP's recent weakness looks like the perfect opportunity for retirees to buy.

Generic is cheap, and cheap is good (right?)

"Thanks" to a huge ($6.1 billion) goodwill impairment charge taken in Q2, and a smaller ($900 million) charge taken in Q4 of last year, Teva stock is now firmly in the red, with reported losses approaching $5.9 billion over the past 12 months. So if Teva's P/E is negative, that means it's not a stock worth buying, right?

Well, not necessarily. True, sentiment has turned (justifiably) negative on Teva across the market over fears that the prices it can charge for generic drugs are falling. True, patents on the company's Copaxone multiple sclerosis drug are under attack. As a result, even here at The Motley Fool, some investors have expressed skepticism about Teva's prospects.

But here's the thing: While Teva's GAAP numbers now look well and truly awful, the company is still churning out cash at a prodigious rate. Even while reporting GAAP losses, Teva threw off $3.1 billion in positive free cash flow over the past year -- enough cash to value the stock at less than 5 times trailing free cash flow today. Wall Street analysts on average still predict modest profits growth at Teva -- about 6.5% annually over the next five years. Between that growth rate and Teva's still respectable (if now smaller) 2.4% dividend yield, I see a stock poised to deliver close to 9% total returns on investment over the next several years.

As cheap as Teva stock is now, I think that's good enough.