Following the crowd may give one a sense of security, but it's in finding stocks no one else is looking at that the real opportunity lies. If a stock is flying under Wall Street's radar, there's good chance an issue is being mispriced by the market.

We asked three Motley Fool contributors to identify such stealth investments, and they discovered MariMed (OTC:MRMD), Canadian National Railway (NYSE:CNI), and ShotSpotter (NASDAQ:SSTI) as ones you might want to get in on before the crowds come along. 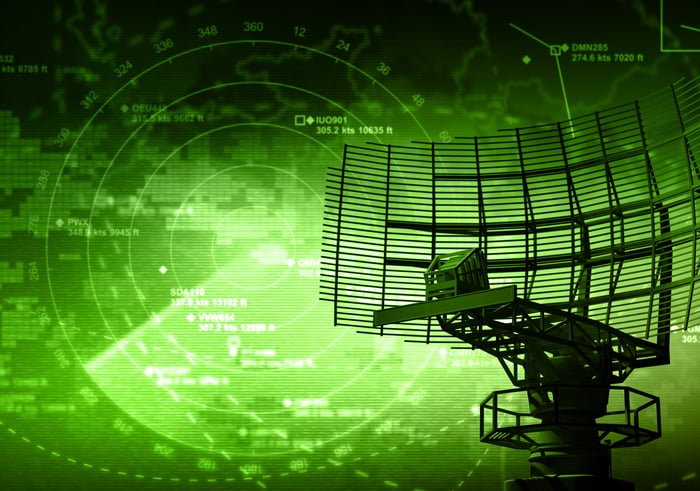 George Budwell (MariMed): If you're looking for an under-the-radar growth stock to add to your portfolio, MariMed, an American cannabis-oriented company, is certainly worth checking out right now. MariMed is an ever-evolving cannabis company that generates its revenue from multistate leasing agreements, professional consulting services to potential growers and distributors, and in-house cultivation capabilities largely derived from its acquisition of former clients.

And as an important offshoot, MariMed also plowed $30 million into a strategic partnership with hemp producer GenCanna earlier this year. With the recent passage of the 2018 Farm Bill, which basically legalized hemp and hemp-derived products like CBD oil in the United States, this "side business" could end up becoming a major source of revenue for MariMed in the not-so-distant future.

Despite the company's multipronged approach to business development, however, MariMed's stock hasn't exactly caught the eyes of Wall Street's blue-chip investors quite yet. In fact, the most recent 13F filings with the SEC show that only a smattering of institutional investors currently own shares of this promising cannabis company.

What's the holdup? A few things. First and foremost, marijuana remains illegal at the federal level within the United States, which presents a number of legal and logistical barriers for companies operating in this emerging space. Another major issue is that MariMed's stock doesn't trade on a major exchange at present but rather on the largely unregulated "over-the-counter" exchange. Taken together, these two factors are probably more than enough to keep the majority of institutional investors from even considering MariMed's stock.

But that doesn't mean that MariMed's stock isn't worth owning by retail folk. Long story short, MariMed is exceedingly well positioned to become a top player in the American cannabis market once lawmakers finally put an end to prohibition at the federal level. And that seminal event no longer appears like a pipe dream, with several lawmakers expected to introduce legislation early next year designed to decriminalize marijuana at the federal level or, at a minimum, make it a states' rights issue.

Neha Chamaria (Canadian National Railway): Canadian National Railway shares were on their way to a solid 2018 before reversing course in October. The railroad stock has shed nearly 19% in just the past three months, wiping out all of its early yearly gains and some more. That is despite the fact that key end markets are on strong footing and the company is on track to deliver strong earnings growth for fiscal 2018.

Investors have been wary ever since Canadian National reported strong third-quarter numbers in late October but kept its full-year guidance unchanged. The company, however, still expects to earn adjusted earnings of 5.30 to 5.45 Canadian dollars per share compared to the CA$4.99 it earned in 2017. Meanwhile, Canadian National's revenue grew roughly 8% during the nine months ended Sept. 30, 2018, to hit record highs, and it continues to generate greater free cash flow than net income.

Further down the road, Canadian National remains a top railroad stock to own for several reasons. It is the only railroad in North America that connects three coasts -- Atlantic, Pacific, and Gulf Coasts -- and moves goods worth a whopping CA$250 billion every year. This company is also the most cost-efficient railroad and is committed to shareholders, having increased its dividend every year since 1996 and topped it up with regular share repurchases. This year, management pumped out record capital expenditures to speed up as many as 27 projects, all of which are investments that should benefit the company in the long haul.

Given Canadian National's solid track record and its foothold in an essential industry, I don't see why long-term investors shouldn't consider the recent drop in the stock price an opportunity.

Rich Duprey (ShotSpotter): Although gunshot-detection leader ShotSpotter has lost more than half its value from the 52-week high it hit in September, shares have still more than doubled over the past year. The pullback was more the result of the broader collapse in the stock market that occurred in October and again in December, but this small company still stands poised to make a big bang.

Third-quarter revenues jumped 35% to a record $9.2 million as the company added 36 net new square miles of coverage from the addition of three new cities, a college campus, and a highway project and expanded coverage in four existing cities. Only a few dozen cities have signed up for ShotSpotter's services so far, meaning there's a lot of room to grow.

For one, it has the market all to itself. No one else offers ShotSpotter's type of technology. What it does is place sensors in areas where gunfire may occur. The sensors pick up the sound of a gunshot, transmit a recorded file to a review center at which acoustics experts confirm whether the sound was indeed gunfire, and then forward the alert to law enforcement for a response. This all typically occurs within 45 seconds. The sensors can also tell whether there are multiple shooters or if high-capacity weapons are being used.

Considering the need for ShotSpotter's technology and its near monopoly on deployment (although there are competitors serving college campuses), it maybe surprising that Wall Street isn't following. But because it is still a niche company, and a small one at that, it has mostly stayed off the radar. That may not be the case much longer.