Taking a "set it and forget it" approach to Yandex, Canadian National Railway, and Walt Disney could produce great results for your portfolio.

Long-term investing lets you take advantage of compounding dividends, cut down the impact of commission fees, and go along for the ride with strong companies on upward trajectories. It also cuts down on the emotional strain that comes with attempting to calculate the perfect time to sell an investment and the fear that you might miss out on future gains.

Of course, not every company will be able to deliver strong performance over the long run. But establishing positions in businesses with sustainable competitive advantages and settling in for the long haul is a proven path to strong returns. Read on to see why three Motley Fool contributors have identified Yandex (YNDX -6.79%), Canadian National Railway (CNI 0.64%), and The Walt Disney Company (DIS -0.70%) as compelling stocks that are worth buying and holding on to for decades. 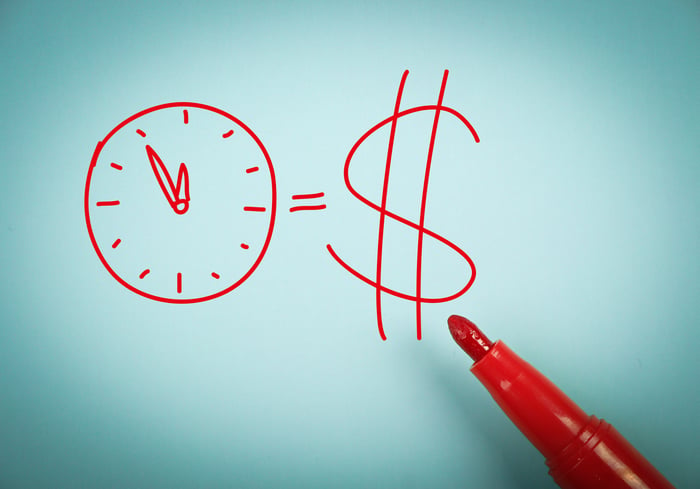 Russia's Google doesn't cost nearly as much as ours does

Rich Smith (Yandex): This is probably an unconventional choice, but I kind of think that Yandex -- "the Russian Google" -- will be an interesting stock to watch, own, and hold over the coming decades.

Founded in 2004, Yandex is about one-third younger than Google (now known as Alphabet), a company that has already grown from $0 to nearly $1 trillion in just 20 years. I don't know that Yandex will ever catch up to Google in size. (Its market cap tips the scales at just $10 billion today.) But I do see it imitating Google's unconventional growth path.

From its origins as "Yet ANother inDEX," Yandex has grown to dominate search in Russia even as it expands into adjacent business areas such as streaming entertainment and online maps -- and seemingly nonadjacent businesses such as ridesharing. (Yandex recently acquired control over Uber's business in Russia.)

Holding Google at bay, and facing little obvious homegrown competition, Yandex is likely to only grow larger and more powerful in the coming decades, I think. Even Wall Street's prediction of a 27% long-term earnings growth rate for the company could prove conservative, as Yandex extends its tentacles into even farther corners of the country's tech economy.

And yet, Yandex today sells for less than 17 times earnings. I think that's a bargain price for a company with probably years and years of profitable growth ahead of it.

This stock will keep chugging along for decades

Tyler Crowe: (Canadian National Railway): For all the technological innovations coming to the transportation sector in the coming years with autonomous driving and electric vehicles, it's pretty safe to say that railroads will remain the most cost-efficient means of transporting goods over long distances.

While the U.S. Bureau of Transportation Statistics' most recent comparable rates were a decade ago, they showed that revenue per ton-mile for rail was less than a quarter than that of trucking. There is simply no other way to move products -- especially bulk items such as agricultural products, minerals, and chemicals -- as cheaply as by rail.

This makes it incredibly difficult to disrupt the rail business, and no other North American rail company has a network that compares to Canadian National Railway. It is the only one on the continent that connects ports on the Atlantic, Pacific, and Gulf Coasts, and it has repeatedly been one of the most efficiently run railroads. It's operating ratio -- an industry metric that's the inverse of gross margins -- has consistently been the best in the business.

The company may have had a couple of operational hiccups at the beginning of the year related to weather and higher-than-expected demand, but management showed that it is capable of quickly resolving these kinds of issues with a solid second quarter and increased guidance.

Until we are able to teleport goods from one place to another virtually cost-free, rail is likely going to remain the lowest-cost method of moving goods long distances over land. That should give Canadian National Railway plenty of business over the decades to create value for investors.

The House of Mouse is built to last

Keith Noonan (The Walt Disney Company): While technology and fashion can be expected to change, there will always be a market for great characters and stories. Disney will celebrate its 95th year this October, and its strong business model and slew of competitive advantages have it positioned to play a leading role in the entertainment industry for the next century.

From Mickey Mouse's debut in the 1928 cartoon Steamboat Willie to the recent $2 billion box office run of Avengers: Infinity War, Disney has a fantastic track record of delivering entertainment that delights audiences. The House of Mouse franchises are typically introduced to audiences through the big screen before becoming assets at the company's television networks like ABC and the Disney Channel, theme parks, and a wide range of merchandise. Disney's trove of high-value entertainment properties is looking even more stacked following its acquisition of key Twenty-First Century Fox properties. And just like its own classic franchises, the Fox assets will help the company build a strong position in the streaming video market.

Disney also pays a dividend. Shares yield roughly 1.5% at current prices, which does come in below the S&P 500 average yield of 1.8%, but shareholders can probably count on the company increasing its payout on a regular basis. With strong performance across its segments, Disney generated $9.8 billion in free cash flow over the trailing 12-month period, and the cost of distributing its current payout comes in at just 26% of that figure.

Investors can buy Disney shares priced at roughly 17 times this year's expected earnings, and I think there's a good chance that shareholders will see strong returns in the decades to come.