Shares of ANGI Homeservices (NASDAQ:ANGI) got shellacked today after the parent of sites including HomeAdvisor, Angie's List, and Handy posted disappointing results on the top and bottom lines in its second-quarter report. 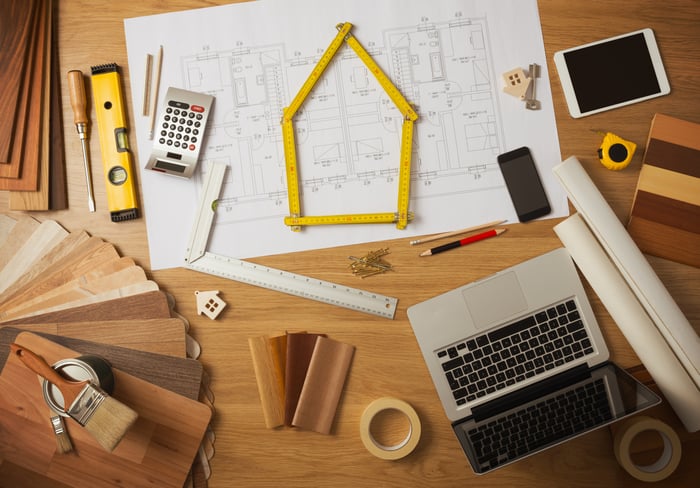 The home-services specialist posted 17% revenue growth, or 20% in adjusted terms, to $343.9 million, short of estimates at $351.2 million. Its marketplace business, led by HomeAdvisor, continued to perform well with sales up 27%. On the other side of the business, advertising sales (which come from Angie's List) were down 11% in the quarter, as the company appears to be encouraging its service professionals to move away from Angie's List and to HomeAdvisor, its most popular platform and biggest network, following the 2017 merger between the two brands.

Operating income took a hit, falling 52% from $26.1 million to $12.5 million. The company stepped up investments in its latest acquisitions, Handy and Fixd, and spent more on marketing because a change in Google's algorithm caused a spike in paid traffic to its websites, driving up marketing costs and eating into profits.

Management also dialed back expectations for the year, saying it now projected adjusted revenue growth of 20% to 25%, down from a previous target of 25%. It also lowered its adjusted EBITDA forecast substantially from a range of $280 million to $300 million, to a range of $200 million to $230 million, in part due to the challenge mentioned above with its Google search marketing. That guidance cut may explain why the stock was down so sharply today.

IAC/Interactive (NASDAQ:IAC), the majority shareholder of ANGI Homeservices, said it was considering a spinoff, which could test investor demand for the stock.

Despite the weak performance in the quarter and disappointing guidance, ANGI is still making smart moves to drive long-term growth, and seeing growing adoption of its platform. With the stock down significantly today and off 41% year to date -- its lowest point since the 2017 merger between its two top brands -- now could be a good buying opportunity. The company remains the leader in tackling a $400 billion home-services market that is gradually shifting from word-of-mouth to the online channel.