By all accounts, the new LiveWire is super-fun to ride. The acceleration is quick (0 to 60 mph in about three seconds), but its smoothness is what sets it apart from traditional bikes. Because it's electric, there's only the sensation of building speed -- no pauses to shift or clutch. 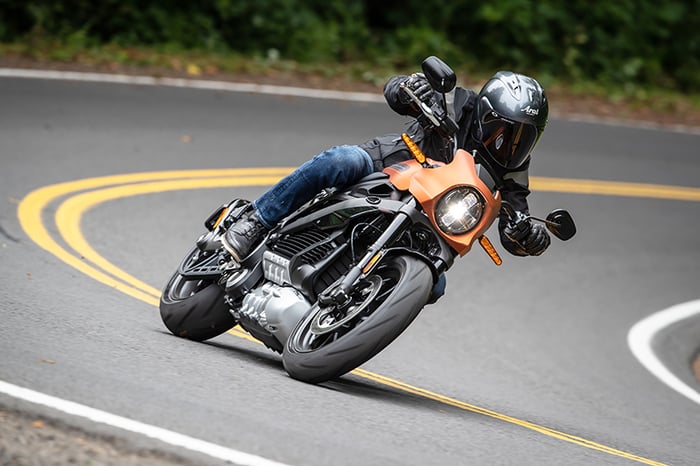 The LiveWire presents an interesting alternative to traditional motorcycles. The target market is young, affluent, environmentally conscious consumers who will appreciate the ease of a motorcycle with no gears or clutch.

But will it sell?

However, with a hefty price tag of $29,900, the LiveWire is not catching on with the target market. (For comparison, Harley's traditional entry-level motorcycle is priced at $6,900.)

"Interest is very high," said a sales manager at a New Jersey-based dealership. "But once you get to pricing, interest is thrown out of the window."

This is a big problem for investors, given that Harley-Davidson's stock price has already declined by 42% in the past five years. By comparison, the S&P Index has gained 47%.

Harley has been trying for years to attract a new U.S. audience, without success. Its baby boomer base is aging and not being replaced by a younger demographic. Sales have dropped every year for the past four years, with 2018 seeing the worst decline.

It looks like third-quarter 2019 sales are down between 5% and 10% so far, and sales are expected to decline for fiscal 2019 overall. James Hardiman of Wedbush Securities predicted that over the next 12 months, Harley will sell 400 to 1,600 LiveWire units. Harley's worldwide sales totaled 228,501 motorcycles last year, meaning any hopes for LiveWire to give Harley the sales boost it needs are fading fast.

Price isn't the only deterrent to sales. Another negative factor is the LiveWire's limited range. On each overnight charge, the bike can travel 146 miles in the city or 95 miles in combined city and highway riding. That won't meet the needs of most touring motorcyclists.

Additionally, Harley shipped the bikes about two months late, leaving only about a month's time for dealerships in the Midwest and East to promote them before the winter lull in bike sales.

Harley-Davidson isn't the first to market with the concept of an electric bike. Zero Motorcycles, started 13 years ago in California, offers electric bikes with price tags from $8,500 to $21,000. Its high-end SR/F bike is similar to the LiveWire in features but costs almost $9,000 less.

As reported by Reuters, Bob Clark, a dealer for Zero's bikes in Chicago, says he has not yet sold one SR/F to a rider under the age of 35. All three electric bikes he sold to young riders this year were in the $10,000 price range. "Young riders are environmentally conscious, but are also very price-sensitive," Clark said.

It seems that management at Harley-Davidson has wildly miscalculated the market demand for the LiveWire. Sales of the electric bike were intended to kick-start a reinvention of the brand that would lead the company back to its former glory. Instead, more declines are forecast.

Investors, especially those of the long-term buy-and-hold variety, should steer clear of Harley-Davidson right now. Management's next steps will tell us whether the stock will get out of the ditch in the next year or two, but the stock price is likely to continue its uncontrolled skid for the foreseeable future.