As many on Wall Street were running for the exits in March, some of the best investors in the world, including Seth Klarman, Bill Ackman, David Einhorn, and Bruce Berkowitz, were scooping up deals. 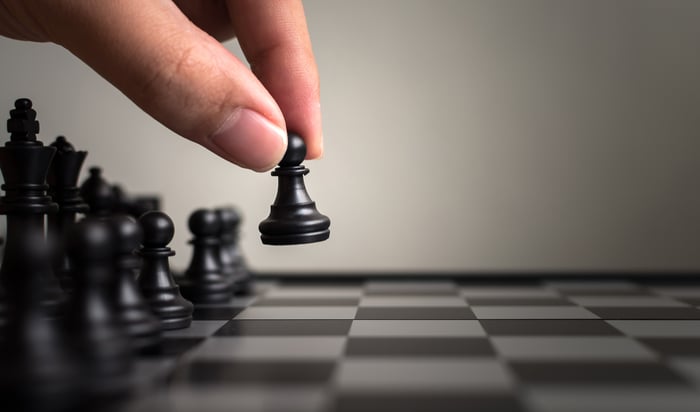 Facebook has undergone increasing scrutiny over privacy and security in the last few years, which has caused it to spend billions to address these issues. After a meteoric rise through most of the last decade, the stock has only climbed 44% in the last three years.

But several of the world's best investors see tremendous value in Facebook's widely used platform. One well-regarded value investor who stepped up to the plate was Seth Klarman of Baupost Group. At the end of March, Baupost Group held 1.984 million shares, worth $331 million, based on the firm's latest 13F filing with the Securities and Exchange Commission. Facebook is a new holding for the firm.

The company saw increased engagement last quarter. There are now 3 billion users across its platforms, including Facebook, Instagram, WhatsApp, and Messenger, with 2.6 billion of those using Facebook. With shelter-in-place orders taking effect in March, the social media giant saw sharp increases in messaging, Instagram, Facebook Live views, and video calling.

It has been a lifesaver for small businesses. With no customers able to visit stores, businesses can open an Instagram business profile for free, and they can set up a digital storefront. Facebook has seen more restaurants using WhatsApp and Messenger to offer delivery options to customers, while gyms are hosting workouts with Facebook Live .

The company makes nearly all its revenue from advertising, which is under pressure right now as advertisers pull back on spending. Average revenue per user was down year over year, but total revenue still increased by 18% year over year for the first quarter. Growth could be much lower for the second quarter, given the decline in advertising spending that started at the end of March.

Still, the long-term value of Facebook should only grow once the economy recovers. Even if advertisers cut back on their ad spending, the limited money they do deploy in the short term will likely shift to widely used digital platforms like Facebook. It also has $60 billion of cash and marketable securities on its balance sheet to continue investing to widen its competitive moat.

Berkshire Hathaway: A piece of Buffett's treasure for a pittance

As I pointed out in April, Warren Buffett's masterpiece looks undervalued. The stock is still well off its recent high at the time of this writing. It briefly dipped below its book value during the sell-off, which is about as cheap as you could hope to buy Berkshire stock.

Three legendary investors took advantage of the lower share price to start a new position or add to their holding in the stock. Bruce Berkowitz, manager of the Fairholme Fund (NASDAQMUTFUND:FAIR.X), increased his holding from 16,295 Class B shares in the fourth quarter to 243,820 Class B shares at the end of March. Bill Ackman of Pershing Square Capital Management marginally added to his firm's stake, while David Einhorn of Greenlight Capital started a new position in the stock.

Buffett is famous for taking advantage of lower stock prices to build stakes in great companies when these are on sale. He noted during Berkshire Hathaway's annual shareholders' meeting in early May (which was streamed live) that he hadn't found anything that attractive, but he acknowledged that could change. Buffett sold off Berkshire's airline holdings, consisting of large stakes in Southwest Airlines, Delta Air Lines, United Airlines Holdings, and American Airlines Group.

In this environment, Buffett explained, it is important for Berkshire to remain the business equivalent of Fort Knox for shareholders. While he stated that Berkshire's current cash hoard of $124 billion is probably too high, it needs to hang on to plenty of cash, especially to cover the inevitable claims through its various property and casualty insurance operations and reinsurance businesses.

Buffett remains bullish on the long-term prospects of the American economy. This clearly applies to the future of Berkshire, too, given the vast array of businesses across several industries under its corporate umbrella, including Dairy Queen, Precision Castparts, GEICO, and the Burlington Northern Sante Fe railroad, among dozens of others. 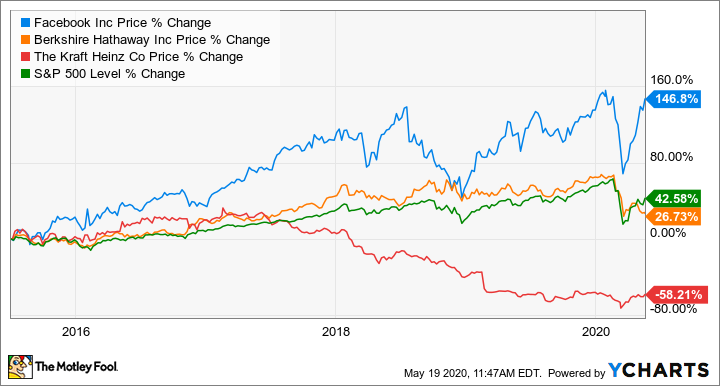 Kraft Heinz: People still have to eat during a recession

The stockpiling of food amid the shelter-in-place orders caused a jump in sales at Kraft Heinz. Adjusted sales growth increased 6% year over year last quarter, excluding currency changes and divestitures, while adjusted earnings decreased by 12%.

Deep value investor Berkowitz started a new position in the stock during the first quarter, purchasing 444,500 shares on behalf of Fairholme. The stock dropped to a cheap valuation, trading around 10 times forward earnings estimates at the low in March. After a rebound, the shares now fetch a forward price-to-earnings multiple of 13.2.

Dividend investors may find Kraft Heinz's current dividend yield of 5.2% to be attractive, and the payout looks sustainable. On April 30, it declared a quarterly payment of $0.40 per share. Over the last four quarters, the company has paid out 69.5% of its free cash flow in dividends, which provides some wiggle room to maintain the payout.

But investors should be aware of a few things. First, Kraft Heinz held $32.8 billion of debt on its balance sheet and only $5.4 billion in cash at the end of March. Also, it has cut the dividend over the last two years, from a quarterly payout of $0.625 in 2018 down to the current $0.40.

Kraft Heinz faces mounting long-term headwinds with shifting consumer preferences for its legacy food brands, which include Velveeta, Kool-Aid, and Jell-O. The stock has fallen more than 50% over the last five years, as sales and earnings growth has stalled. While the near-term might be a tailwind for the business, investors thinking of buying the stock should stay aware of these challenges.

Still, Kraft Heinz has tremendous marketing know-how and scale across its brand portfolio, and it is backed by 3G Capital, a firm known for maximizing the long-term value of top consumer brands. It's worth pointing out that 3G Capital and Berkshire Hathaway collectively own 46.7% of Kraft Heinz's outstanding shares.

Kraft Heinz didn't offer full-year guidance, but it does expect adjusted sales to increase again in the low to mid single digits for the June-ending quarter. Analysts currently expect full-year sales in 2020 to be flattish at $24.94 billion, with adjusted earnings falling nearly 18% to $2.35 per share.