Another disappointing earnings report shows that the company's still in disarray.

Investors hoping that Kraft Heinz (KHC 1.45%) would show the beginnings of a turnaround in its fourth-quarter earnings report were disappointed.

The stock fell 9% as the company reported declining organic sales and adjusted profits and took yet another writedown. Though new CEO Miguel Patricio expressed optimism about the company's plan for 2020, it's clear the packaged food giant is still struggling to turn the business around.

Organic sales, which strip out the impact of divestitures, acquisitions, and foreign currency, declined 2.2% in the quarter despite price increases in most of its markets, and overall revenue was down 5.1% to $6.54 billion, missing estimates at $6.6 billion.

Gross margin was essentially flat at 32.2%, indicating that product-level business was steady, but overhead costs rose as a percentage of revenue, and adjusted earnings per share slipped from $0.84 to $0.72. That result still beat estimates at $0.68, but did not include the $666 million in asset impairment charges the company took on its Maxwell House trademark and on goodwill related to the international businesses. That writedown followed a $15.4 billion asset impairment charge a year ago on brands including Kraft and Oscar Mayer.

CEO Miguel Patricio acknowledged that 2019 was a "disappointment." For investors, the fourth quarter itself gave little reason to be optimistic, though Patricio himself sounded optimistic about the future. 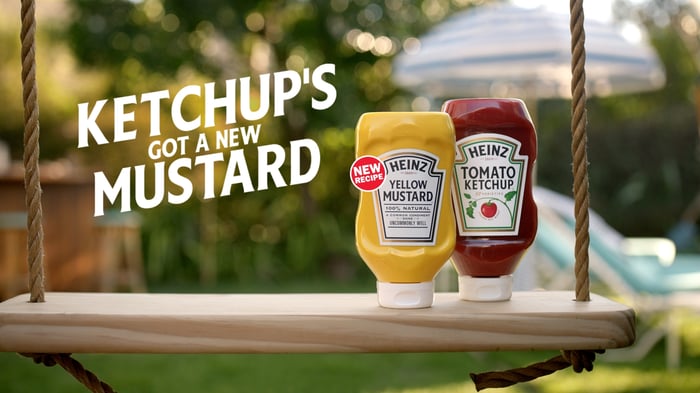 Patricio, who took the leadership role eight months ago, said he had established his leadership team and pinpointed a number of areas for improvement. Those include stemming U.S. market share losses in areas such as cold cuts, natural cheese, and coffee; improving customer satisfaction; fixing service issues in U.S. nuts and food service; improving gross profits; and cutting down on employee turnover.

At the same time, management highlighted areas in which it had already improved, including pricing initiatives, U.S. e-commerce, supply chain stabilization, and international food service. Over the next year, the company has a number of initiatives planned around top-line growth, organizational structure, and efficiency, including optimizing its marketing spend, innovating around its most important product launches, and finding white-space distribution growth opportunities.

Management stressed that the turnaround would take a few years and said it would provide more details at its Investor Day conference in May.

Reasons to be concerned

More than two-thirds of Kraft Heinz's sales come from the U.S. In fact, the U.S. and Canada make up more than three quarters of its business. It's no secret that Americans' food-buying habits have changed significantly over the last generation. Kraft brands that were once staples of the American family diet, like Jell-O or Kool-Aid, have fallen out of fashion.

Kraft Heinz isn't the only packaged-food company that's struggled with this transition. Stocks such as those of General Mills, Kellogg, and Campbell Soup have all underperformed the market in recent years as they have found it difficult to deliver sales growth. However, Kraft Heinz has wasted valuable time focused on the wrong goals while consumer demand has changed. Its packaged-food peers have mostly been trying to reorient their portfolios around natural-food brands and roll out new products more in line with consumer tastes today. General Mills acquired Annie's, the organic brand best known for its mac and cheese, and even a pet food company, Blue Buffalo, as it searches for growth. Campbell Soup, meanwhile, took over the Snyder's Lance snack brand and sold off its international business, and Kellogg scooped up the protein bar brand RXbar in 2017.

Kraft Heinz, on the other hand, undertook a massive merger between two legacy food giants. While the company has been trying to integrate those two companies, it likely missed other opportunities to diversify or acquire a growth brand, and its series of asset writedowns show that management's efforts to cut costs rather than invest in its brands to find new avenues of growth the way Coca-Cola has, for example, with smaller cans and its Freestyle soda machine, have been misguided.

With new management and a turnaround plan in place, Kraft Heinz's chances to rehabilitate the business seem improved, but there are still reasons to believe there's more pain ahead. The company still has more than $84 billion in goodwill and intangible assets on its balance sheet, a portion of which could still be at risk of a writedown, and it has more than $29 billion in debt, which cost the company $1.4 billion in interest expense and makes it more difficult for the company to take on new debt to make a game-changing acquisition as its balance sheet is already bloated.

Investors should look out for its strategy presentation in May, but even if the company does the hard work of improving the business, there are still significant headwinds in the industry outside of its control.