Please ensure Javascript is enabled for purposes of website accessibility
Log In Help Join The Motley Fool
Free Article Join Over 1 Million Premium Members And Get More In-Depth Stock Guidance and Research
By Maurie Backman – Aug 6, 2020 at 6:18AM

Don't miss the chance to apply for what could end up being a forgivable loan.

Countless small businesses have taken a major hit in the course of the COVID-19 outbreak. In April, the Paycheck Protection Program (PPP) was made available to businesses with up to 500 employees and allowed for forgivable loans worth up to 2 1/2 times a company's monthly payroll costs.

More than 5 million loans have already been given out under the PPP, and it's reportedly saved millions of jobs. But if you've yet to apply for a PPP loan, now's the time to get moving. The deadline to submit an application is August 8, and once it expires, you may no longer be eligible for that relief. 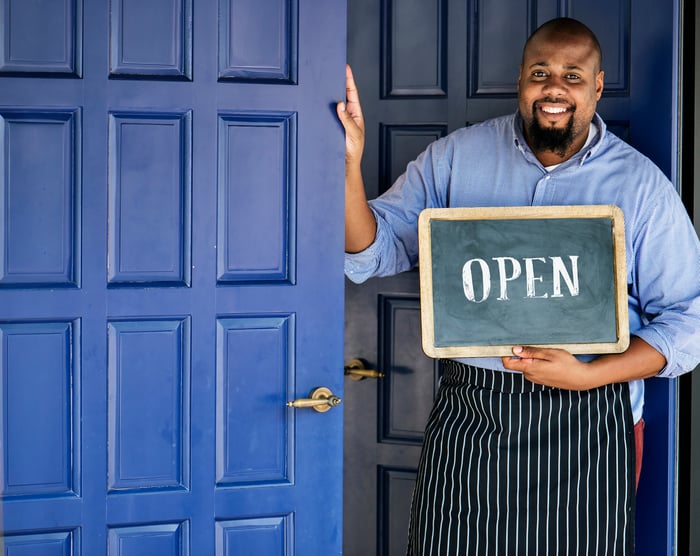 Why it pays to get a PPP loan

PPP loans are fully forgivable provided that 60% of your loan proceeds are used to cover payroll costs. The remaining 40% can then be used to cover rent or other qualifying expenses. But even if you don't qualify to get your loan forgiven (say you no longer have hefty payroll costs), it could still make sense to apply for one.

PPP loans that were issued before June 5 have a two-year maturity, but those issued after June 5 can be paid off in five years. Meanwhile, PPP loans are subject to a 1% interest rate -- and you really can't borrow more affordably than that.

Will there be a second round of PPP loans?

Lawmakers are working on a second COVID-19 relief package to follow March's CARES Act, and one thing they're focusing on is additional small business relief. In fact, Republican lawmakers introduced their version of a relief bill -- the HEALS Act -- in late July, and it specifically states that businesses will be allowed to apply for a second PPP loan.

That said, only the hardest-hit businesses -- those with a revenue decline of 50% or more -- will be eligible for a second PPP loan under the HEALS Act. And that second loan will only be available to businesses with 300 or fewer employees.

If your business has more than 300 employees, make sure to get your PPP loan application in by August 8, because you may not be eligible to apply under the second round. Furthermore, if your business hasn't suffered a major reduction in revenue, you'll want to get in on that first round of PPP funding, as it comes with fewer restrictions.

Specifically, the only thing you'll need to certify to is that you need the loan on the basis of economic uncertainty. And that's a valid claim for a lot of businesses right now, as many states struggle to contain the COVID-19 outbreak and our economy grapples with a brutal recession.

Meanwhile, businesses that already received their PPP loans may soon be able to apply for forgiveness. There's also talk of the Small Business Administration automatically forgiving loans that fall below a certain threshold, so business owners with existing PPP loans should be on alert for further information.