The latest stimulus deal may make some Americans happy. The unemployed, less so.

It's been a long time coming, but on Monday, Senate Majority Leader Mitch McConnell unveiled the stimulus package Republican lawmakers have been working furiously to hammer out. Called the HEALS (Health, Economic, Assistance, Liability Protection, and Schools) Act, the bill includes a number of key provisions that could prove instrumental in getting Americans through the ongoing recession. Here are some of its highlights.

1. Direct stimulus payments are part of the package

Like the CARES Act, the HEALS Act calls for direct stimulus payments in the amount of $1,200 per person. Single tax filers with an income of up to $75,000 and couples with a joint income of up to $150,000 are eligible for a full stimulus, but above these levels, those payments will start to phase out. The HEALS Act also provides an additional $500 per dependent. 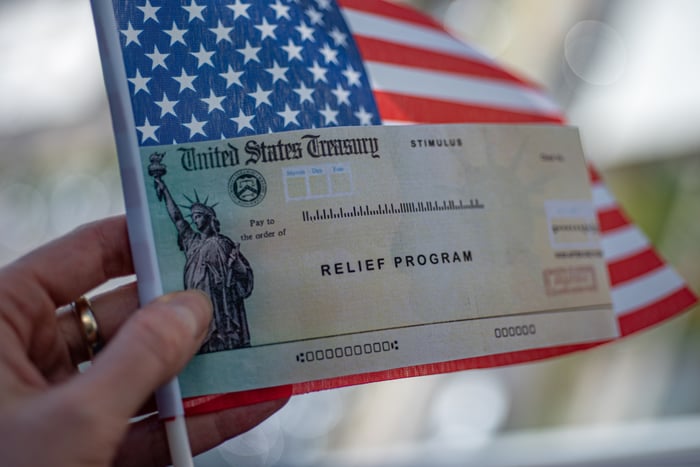 2. Unemployment benefits will get a boost -- but a less generous one

Under the CARES Act, jobless Americans have been privy to an additional $600 a week on top of their regular unemployment benefit. As such, many have managed to replace their lost wages in full in the course of the pandemic. Extending that $600 boost past July 31 -- its expiration date under the CARES Act -- has been a sticking point with lawmakers for weeks. Some have argued that the $600 has been problematic because it's given lots of jobless people a raise compared to what they earned previously. And also, it's been said that extending the $600 boost will disincentivize workers to return to a job once that possibility presents itself.

As such, the HEALS Act does look to boost unemployment, but by a much less substantial figure: just $200 a week. The goal here is to replace 70% of a typical worker's previous wages, not 100% (or more).

3. A second round of PPP funding will be made available

The Paycheck Protection Program saved millions of jobs earlier on in the pandemic, and the fact that its loans are forgivable has helped many small businesses stay afloat. But PPP loans were capped initially at two-and-a-half times companies' monthly payroll costs, and so at this point, a lot of that money is gone, and if more doesn't come through, layoffs could be on the table.

The HEALS Act is seeking to grant small businesses the chance to apply for a second PPP loan, but that option will only be on the table for companies with at least a 50% decline in revenue. By contrast, the initial round of PPP loans was more of a free-for-all: Any business with up to 500 employees could apply, and all business owners had to do was certify to economic uncertainty to qualify.

Right now, the HEALS Act is merely a proposal; it still needs to be signed into law. But there's a good chance it will go through, as lawmakers are eager to provide a second round of relief quickly, especially with the $600 boost to unemployment having already expired in practice.