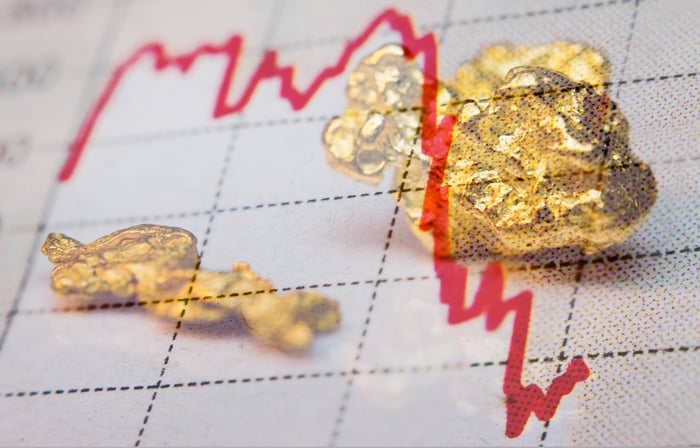 Crude oil prices fell slightly today, and investors sent almost every S&P 500 oil stock lower on the day. In addition to the three above, Hess Corp (HES 1.41%), Pioneer Natural Resources (PXD 1.96%), and EOG Resources (EOG 0.84%) shares fell more than 2%. Today's sell-off for Occidental came after it released second-quarter results after market close yesterday that were absolutely horrible. Oxy reported a gigantic $8.4 billion loss, most of which was writing down the value of its oil and gas assets.

The oil price drop and decline for many oil stocks came even following the American Petroleum Institute's weekly report estimating that U.S. oil inventories fell 4.4 million barrels last week, about 1.5 million barrels above expectations. This positive outcome wasn't enough to spark optimism, with OPEC and the International Energy Agency both set to drop their next market reports in coming days. Simply put, the oil industry remains in a state of disarray. Low oil prices still in the mid-$40s per barrel, and demand that's still down by double-digits in many markets, is causing massive losses.

After a strong run that sent gold prices to record levels and up more than 40% this year, buyers have turned their backs on the precious metal in recent trading sessions. As a result, investors in gold stocks, including S&P 500 component Newmont Corporation, have started offloading gold miners.

Is gold set to keep falling from here? At least one Fool thinks gold's future is still bright, and the top gold miners are built for big profits.

Aerospace giant Boeing continues to deal with the repercussions of the downturn in commercial air travel, with airlines steadily cancelling orders for new jets. The company just announced its July orders, reporting that 43 orders for its 737 MAX were cancelled, and zero orders for new aircraft came in.

The news shouldn't be surprising to anyone. The 737 MAX is still grounded, and the commercial airline industry is still deep in a downturn. While air travel has rebounded from the lows of April, the number of passengers traveling through TSA checkpoints is still down about 70% from last year.

Simply put, there's zero reason -- outside of a firm contract that can't be cancelled -- for most airlines to be buying new aircraft right now. Especially aircraft that can't even be put into service.

Now the good news: Boeing still has almost 4,500 jets on its order backlog, and eventually demand for commercial aircraft will recover. It's just very unclear how long it will take before that happens.

Amazon is the dominant online retailer in the U.S., but the company isn't stopping at the U.S. border. According to a recent company blog post, Amazon's business in India is booming, with more than 1 million Indian Prime members making purchases during Amazon India's Prime Day event earlier this month. The company also pointed out that it's not just urban shoppers, with almost two-thirds of its new customers coming from outside India's 10 largest cities.

Disney's streaming ambitions aren't limited to just its own platforms, or so it seems. According to regulatory filings, the House of Mouse recently took a 16% stake in FaceBank Group (FUBO -1.58%), the owner of live-TV streaming platform FuboTV. After many years of watching cable subscribers steadily decline, Disney looks to be moving all-in on the future of TV entertainment, both streaming of recorded media and live programming.

With Inflation (Still) at 8.6%, Beat the Inflation Nightmare With These 3 Stocks