A large number of jobless workers have been stuck in limbo for a very long time.

Tens of millions of Americans have lost their jobs in the course of the COVID-19 outbreak, so much so that the U.S. unemployment rate has been in double digit territory since April. But not everyone on unemployment has completely lost a job. Some employees are currently furloughed -- not working at present and not getting paid, but also not laid-off permanently. In fact, it's common practice to furlough employees during periods when they're not needed or when costs have to be cut, and then bring them back to work when demand and revenue picks up.

But new data from payroll service Gusto shows that most furloughed workers are not being called to report back to duty. In an analysis of its small business clients, Gusto found that only 37% of workers who were initially furloughed in March and 47% of those who were furloughed in April had returned to their jobs by July. Furthermore, among those furloughed in March who were able to go back to work, nearly 25% had their wages reduced. 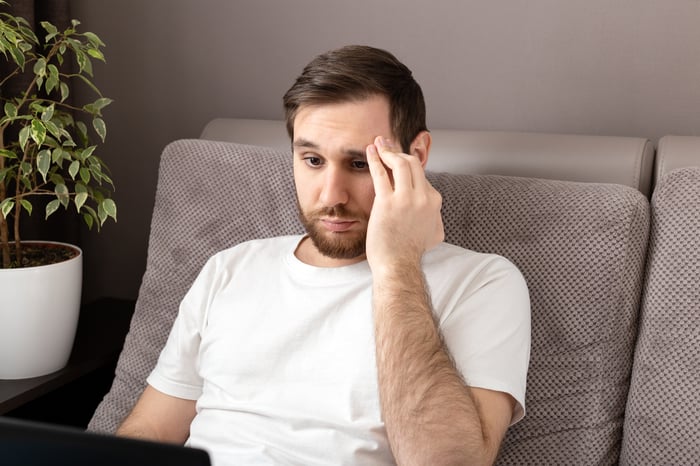 Workers are stuck in limbo

Furloughed workers are counted as unemployed when determining the jobless rate, which means the fate of those still in limbo could drive unemployment up or down in the coming months. Since April, the jobless rate has slowly but surely declined, but if a large number of furloughed workers are able to return to their employers, we could see those numbers drop even more. That would spell good news for an economy that's stuck in a recession. On the other hand, a large chunk of furloughed workers could be permanently laid off in the coming months, too.

Meanwhile, it's clear that all unemployed workers require financial assistance right now, and lawmakers are working to make that happen. But they're not seeing eye to eye on the level of aid that's needed.

Republicans are calling for a $200 boost to weekly unemployment through September, while Democrats want to see the $600 weekly boost the CARES Act allowed for maintained (it expired at the end of July). President Trump is also trying to put extra money into jobless workers' hands. Last week, he signed an executive order calling for a $400 weekly boost in unemployment.

Of course, the dispute over boosted unemployment is only part of a greater discussion over what Americans' second COVID-19 relief package should look like. Lawmakers have been trying to come to terms on a second stimulus deal, but have been stalled by a number of key sticking points. Once a second relief bill come through, it will hopefully include provisions for another round of Paycheck Protection Program (PPP) loans.

Many small businesses that received PPP loans have exhausted those funds, but if some are allowed to apply for a second round, it might create a scenario where more furloughed employees are able to return to a job and start collecting a steady paycheck. Republicans have made it clear that they support a follow-up PPP round, but only for those small businesses that have been hit the hardest in the course of the pandemic.