Please ensure Javascript is enabled for purposes of website accessibility
Log In Help Join The Motley Fool
Free Article Join Over 1 Million Premium Members And Get More In-Depth Stock Guidance and Research
By Maurie Backman – Aug 12, 2020 at 8:18AM

The president's executive order will help a lot of people -- if it goes off without a hitch.

Though unemployment fell to 10.2% in July from a high of 14.7% in April, the economy is still deep in a recession and it's clear that jobs aren't quickly opening up. As such, laid-off Americans need relief beyond their standard unemployment benefits.

In late March, the CARES Act was signed into law, which allowed for a $600 weekly boost to unemployment that expired at the end of July. Now, lawmakers are fighting over a second stimulus package to provide general COVID-19 relief, and unemployment is a major point Democrats and Republicans can't seem to agree on.

Democratic lawmakers believe the recently expired $600 weekly boost needs to be upheld so that jobless workers can replace their lost paychecks in full. But Republican lawmakers are highly opposed to retaining that $600 boost, and they feel strongly that doing so will deter workers from returning to a job. Instead, they're proposing a $200 weekly boost to unemployment through September, after which benefits would replace 70% of workers' former earnings. 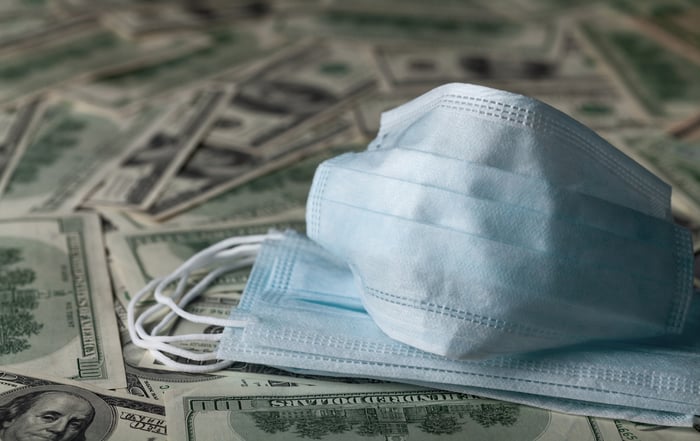 Meanwhile, President Trump has opted to take matters into his own hands. Last weekend, he signed an executive order calling for a $400 weekly boost to unemployment while lawmakers continue to duke out a complete relief package. But just how effective will the president's measure be?

What will the president's $400 boost do for jobless Americans?

The average out-of-work American will be in line for $708 a week under the president's new order. Right now, the typical state-issued benefit is $308 a week, which, clearly, is not a lot to live on. By adding $400 to that sum, jobless workers will have an easier time keeping up with their bills, avoiding debt, and pumping money into an economy that desperately needs it.

But jobless workers also shouldn't rush to celebrate the president's order. For one thing, it's unclear as to whether it's actually legal. Secondly, according to the executive order, workers collecting less than $100 a week in state unemployment benefits would not be eligible for additional federal aid. Each state sets its own minimum weekly benefit with regard to unemployment, and for most, that threshold is well below $100. In some cases it's actually as low as $5.

Finally, the president has called on states to cough up $100 of his $400 boost, while the federal government provides the remaining $300. States that don't have that money in their budgets may not be able to oblige, leaving some jobless workers to potentially collect just an extra $300 a week.

There are still a number of questions that need to be answered before unemployed Americans see an extra $400 a week start popping up in their bank accounts. Meanwhile, lawmakers are still working to hammer out a complete relief package, and if that happens quickly, the boost they land on could happen sooner. In fact, under the president's proposal, it could take weeks, or even months, for states to implement a system to pay those extra benefits, so for the sake of those who are unemployed, let's hope it doesn't come to that.