July's jobless rate is the lowest in months, but the economy is still in trouble.

COVID-19 sparked an unemployment crisis that the U.S. has been grappling with since March, and will most likely continue to struggle with through the end of the year. In April, the jobless rate hit a record high of 14.7%, and while May and June's numbers were lower (13.3% and 11.1%, respectively), they were still considerably higher than they were prior to the pandemic (in February, the unemployment rate was just 3.5%).

Meanwhile, the U.S. Bureau of Labor Statistics just released July's unemployment numbers, and they're a bit more encouraging: The unemployment rate in July fell to 10.2%.

But let's be clear: Double-digit unemployment is still very bad news, and if lawmakers don't find a way to come to terms on a relief package to help the jobless, the recession our economy is currently stuck in could get a lot worse. 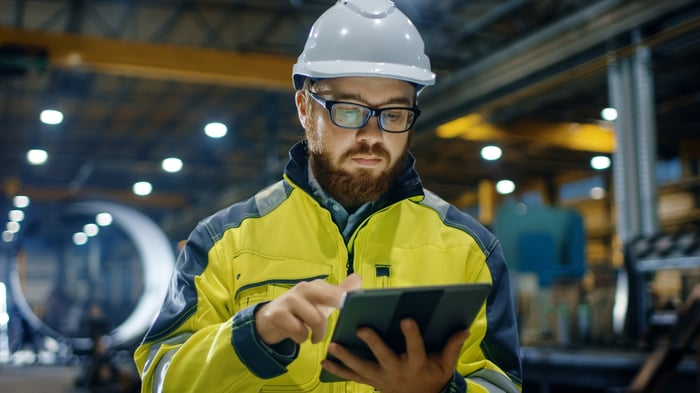 Earlier in the year, the CARES Act was passed, and it allowed for a $600 federal weekly boost to unemployment benefits. That boost enabled many jobless workers to replace their missing paychecks in full. But that $600 boost expired on July 31, and now, millions of Americans are in a dire financial situation with no immediate end in sight.

Meanwhile, lawmakers have been trying to come to terms on a second COVID-19 relief package to follow the CARES Act, but unemployment has reportedly been the greater barrier to reaching an agreement. Democratic lawmakers want to see the $600 weekly boost upheld through the beginning of 2021, while Republican lawmakers feel strongly that giving jobless Americans an extra $600 a week for the rest of the year will create a scenario where the unemployed aren't motivated to return to work. As such, they've proposed a $200 weekly boost through September in their recently released HEALS Act (which has not yet been passed into law). From there, unemployment benefits would be boosted in a manner that replaces 70% of jobless workers' wages.

Will unemployment drop even more in August?

The fact that July's unemployment rate has declined is attributable to a reopening of the economy. But that reopening may have backfired, as many states have since seen spikes in COVID-19 cases. As such, some states have already rolled back reopening plans and imposed added restrictions. If the outbreak isn't better contained in the coming weeks, we could see additional shutdowns that force more companies to lay off employees. Therefore, while it's possible that we'll see another improvement on the unemployment front in August, we should also brace for the fact that we might take a step backward.

Whether a second round of Paycheck Protection Program (PPP) loans is made available to small businesses will play a role here, too. Many of the companies that received these loans back in April and May have since exhausted those funds, and without more, they may be forced to implement layoffs. The HEALS Act does allow for a second PPP round for hard-hit businesses, but tighter requirements could shut a lot of companies out of that funding.