Please ensure Javascript is enabled for purposes of website accessibility
Log In Help Join The Motley Fool
Free Article Join Over 1 Million Premium Members And Get More In-Depth Stock Guidance and Research
By Maurie Backman – Aug 5, 2020 at 7:18AM

Talk about a dire situation.

The COVID-19 pandemic has caused an unemployment crisis unlike any other. Since March, tens of millions of workers have lost their jobs, and with COVID-19 cases surging and many states imposing additional restrictions, it's clear that the situation could get much worse before it gets better.

But unfortunately, jobless workers may be in for a major financial shock now that the $600 weekly boost to unemployment benefits has expired. Under March's CARES Act, workers on unemployment were eligible for that increase through March 31, but lawmakers have allowed it to run out as they debate a second relief package. And that could leave some jobless workers with as little as $5 a week in benefits to live on.

The $600 weekly boost that was in effect through July 31 was a federal unemployment supplement. Meanwhile, state benefits can vary based on different criteria -- namely, workers' former wages and state formulas for calculating benefits. But a number of states have a minimum benefit that's well below $100 a week, and without that extra $600, some workers may be left with very little money to live on. 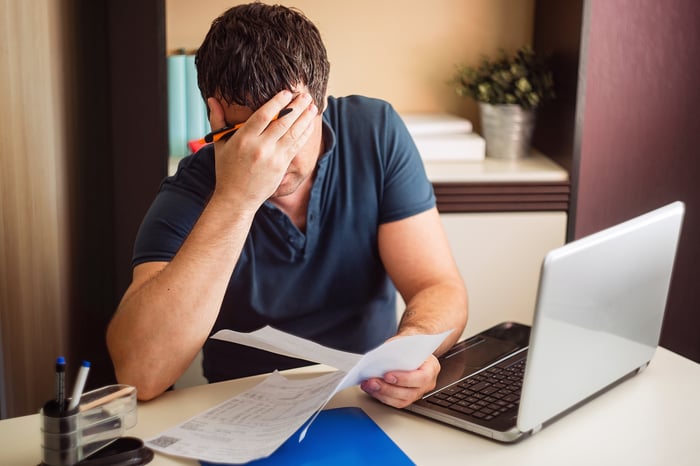 In Hawaii, for example, the minimum weekly benefit is $5. In Louisiana, it's $10. And in Connecticut and North Carolina, it's $15. Anyone whose unemployment income is capped at these levels will no doubt struggle immensely in the absence of additional aid.

Meanwhile, lawmakers are fighting this week over a second COVID-19 relief package, and the primary sticking point is none other than boosted unemployment. Republicans are proposing an extra $200 a week in unemployment through September as part of their newly introduced HEALS Act, and then switching over to a formula that will give unemployed workers enough weekly income to replace 70% of their former earnings. Their logic is that extending the $600 weekly boost will disincentivize too many people to return to a job when that option becomes available, whereas an extra $200 a week is enough to keep jobless folks afloat without giving them a reason to reject an offer of employment.

But Democratic lawmakers argue that that's not enough -- that the $600 boost needs to be upheld through the end of the year to allow jobless workers to replace 100% of their lost wages. Meanwhile, the longer lawmakers debate the issue of boosted unemployment, the longer jobless folks go without that extra income, and the worse our current recession is likely to get.

Will a temporary extension be granted?

Since lawmakers can't seem to agree on a weekly unemployment boost, some are proposing that the $600 boost be extended on a temporary basis until a consensus is reached. But so far, that hasn't happened, and so some Americans may be stuck with a dangerously low unemployment benefit for what could potentially be weeks on end. The Senate is set to recess again after August 7, and it's not due back in session until September 8. As such, it could be a while until there's more relief in sight.