Please ensure Javascript is enabled for purposes of website accessibility
Log In Help Join The Motley Fool
Free Article Join Over 1 Million Premium Members And Get More In-Depth Stock Guidance and Research
By Maurie Backman – Aug 10, 2020 at 5:36AM

Jobless Americans saw their boosted unemployed benefits expire at the end of July. The president is now attempting to help out, but the process won't be smooth.

Americans desperately need relief in light of the COVID-19 crisis and the subsequent recession it's spawned. One such relief measure is boosted unemployment -- something jobless workers were privy to earlier on in the year under the CARES Act.

Signed into law in late March, the CARES Act allowed laid-off workers to receive an extra $600 a week in their unemployment benefits, and it was that very boost that enabled so many people without jobs to replace their lost paychecks in full and keep up with their bills. But the CARES Act only called for that boost through July 31, which means it's now expired. And so far, lawmakers have not managed to come to an agreement on a follow-up boost.

Democratic lawmakers really want to see that extra $600 a week extended through the end of the year. But Republican lawmakers insist that an additional $600 a week is too high, and that retaining it will give workers a disincentive to return to a job once that opportunity becomes available. As such, they've instead proposed a $200 weekly boost to unemployment through September, after which benefits would replace 70% of workers' lost wages. 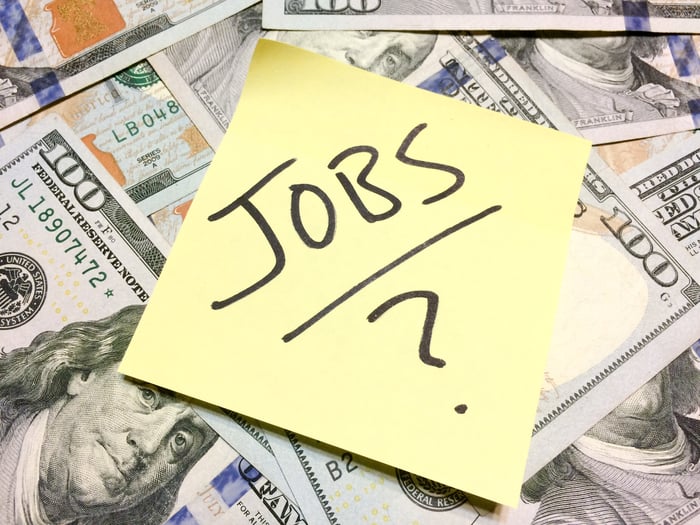 Since both sides can't seem to come to terms on unemployment -- a major sticking point in hammering out a second, much-awaited stimulus deal -- President Trump has decided to take matters into his own hands by signing several executive actions, one of which is designed to give unemployed workers an extra $400 a week in benefits for the time being. But jobless workers shouldn't get too excited about that just yet.

The fact that the president is taking action to help the jobless is a good thing in theory. But here's the problem: States must agree to enter into a financial agreement with the federal government for residents to receive this new unemployment boost, and they also need to pick up part of the tab -- 25%, to be precise. But many states don't have that kind of money, nor were they given a heads-up about having to come up with it. If a given state doesn't have those funds and doesn't enter into an agreement with the federal government, its residents won't be privy to an unemployment boost (though those same jobless workers will still be entitled to the standard unemployment benefits they'd otherwise get to collect).

And to be clear, as of now, it won't be possible for someone to just receive the $300 a week the federal government would be responsible for. First, unemployed individuals must qualify for the $100 in aid from their state, and if that doesn't happen, they're completely out of luck.

As such, while the president's executive action may have come from a place of wanting to help jobless workers, the reality is that it may end up being downright ineffective. And unfortunately, that leaves millions of workers in the same dire position they've been in since their $600 weekly boost ran out.