The iPhone maker is reportedly going to boost local production in India, where it has struggled to gain market share.

India is the world's second-largest market for smartphones. It surpassed the U.S. for that spot in 2019 as shipments increased 7% over the prior year to 158 million units, according to Counterpoint Research. But the more price-sensitive nature of that market means that the world's third-largest smartphone maker, Apple (AAPL 0.79%), is a bits-and-pieces player in it.

Chinese vendors dominate India's smartphone market thanks to their aggressively priced and feature-packed devices. Apple isn't even among the top five smartphone brands there -- and those top five original equipment manufacturers account for 92% of sales. But recently, green shoots have emerged for Apple in India.

Sales of iPhones in India jumped in the second quarter even as the overall market contracted by 51%. What's even more surprising is that the market share of Chinese vendors slipped to 72% from 81% in the first quarter. The good news is that Apple is just getting started, and preparations are reportedly underway for it to make changes that will position it to take a bigger bite of this lucrative market. 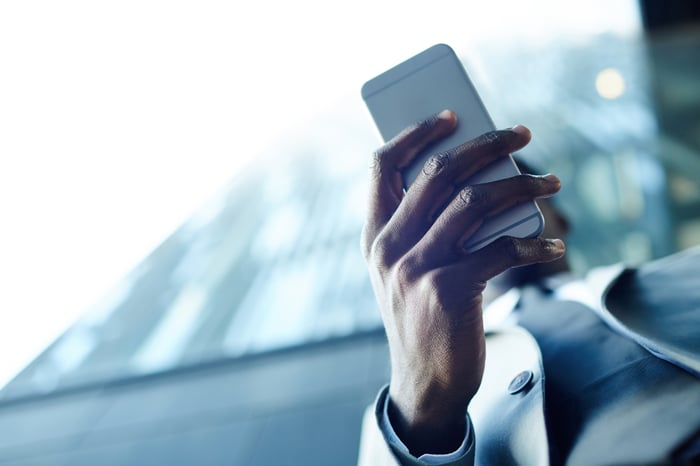 Indian daily newspaper Business Standard reports that Taiwanese contractor Wistron is planning to hire 10,000 employees to locally produce components for Apple's next flagship device -- the rumored iPhone 12. The contract manufacturer has already hired 2,000 people and is expected to step up recruitment to help deliver a made-in-India iPhone 12 by the middle of 2021.

The report says that interviews are ongoing and that the recruitment drive will happen in a phased manner. Moreover, trial production of components has reportedly begun, and commercial output is expected to start next month. It is rumored that Wistron could manufacture the iPhone's printed circuit boards in India, which would be a big deal as that component reportedly accounts for half of a smartphone's manufacturing cost.

If Apple does produce iPhone 12s in India, it won't have to pay the country's 22% import duty on them. That will allow it to price the smartphone at a much more competitive level there than it has been able to with previous devices.

The base model of the iPhone 11, for instance, starts at $699 in the U.S. The same device is listed at 68,300 rupees (approximately $913) on Apple's Indian website, a difference of close to 31%. Local production should also reduce the sticker price of the device because it would insulate it from the currency fluctuations that have historically impacted the cost of iPhones in the country.

Similarly, the new iPhone SE is priced 40% higher in India than in the U.S. As a result, the entry-level device is counted as a premium smartphone there when it should ideally be competing with mid-range Chinese devices.

These moves may not result in quick gains for Apple, of course, but investors need to look at the bigger picture.

India's smartphone market still has a long way to go before it reaches saturation. In 2018, it was estimated that 610.9 million smartphones were in use in the country, which had a population of more than 1.35 billion. The smartphone penetration rate is expected to increase to 55% by 2023, and there's still a big opportunity for Apple to tap into that growing market.

That 50% jump in ASP in just over three years indicates that Indian consumers are climbing up the value chain in their smartphone purchases. That trend can be expected to continue as India's gross domestic product per capita is expected to rise by close to 48% over the next four years, per third-party estimates.

Between them, the forecast rise in the income of Indian consumers and better accessibility and pricing for iPhones in India could help Apple's significantly expand its presence in that market, and drive growth for the company over the long run.