The clock is ticking down for e-cig makers to submit premarket applications to the FDA for approval.

The electronic cigarette industry is poised to irreversibly change next week. Manufacturers face a Sept. 9 deadline to submit premarket tobacco product applications (PMTA) to the Food & Drug Administration or face having their e-cigs and e-liquids pulled from store shelves.

Because the cost of complying with the regulations is staggeringly high, many manufacturers will not be able to make it over the hurdle, and the e-cig market will be left largely to the tobacco giants. 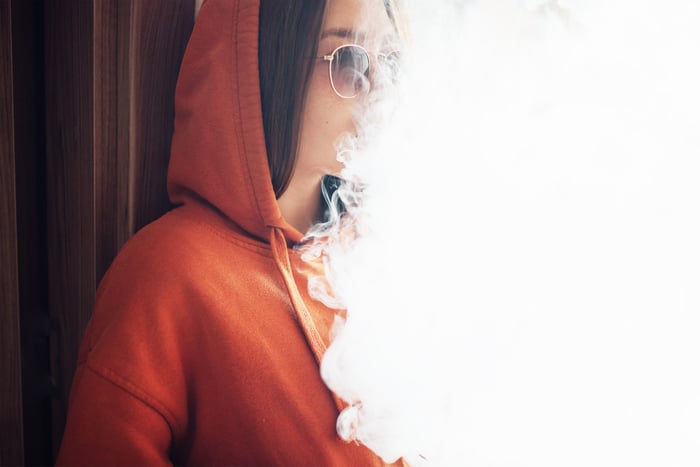 Some 650 PMTAs have been submitted to the FDA as of June, the most recent data available, but each application covers a separate product. Philip Morris International (PM -0.89%), the first company to file an application, had four separate PMTAs approved: one for its IQOS heated tobacco device and three for flavors of its disposable Heatsticks.

Although the FDA estimates a single PMTA costs anywhere from $117,000 to $466,000, those figures are considered low by the industry. The Rocky Mountain Smoke-Free Association estimates a single PMTA costs between $8.6 million and $11.1 million per stock keeping unit (SKU). It forecasts 14,000 small vape businesses employing 166,000 workers will be destroyed, representing $24 billion in economic activity.

The problem is it's not just e-cig manufacturers that need to comply with the regulations, but also manufacturers of the e-liquids the devices use, as well as the vape shops that sell them.

Amanda Wheeler, the owner of five Jvapes vape shops in Arizona, Colorado, and Oklahoma, explained the situation this way: "Let's say I have 100 products and each of the flavors has five nicotine levels, which means five SKUs per flavor, legal and other fees will cost my stores in excess of $5.5 billion. There's not a small business owner in the United States who can afford $5.5 billion for SKU applications."

She likens the situation to what would occur to a liquor store if it had to pay and apply for every SKU in its store. "We wouldn't have liquor today," Wheeler said.

Where British American Tobacco (BTI -0.61%) and Juul Labs (which is backed by Altria (MO -0.13%)) can afford to pay such rates, the vast majority of businesses serving the industry are small ones and will find the technical hurdles difficult to surmount.

The FDA doesn't identify companies that have submitted applications until it takes action on them. However, several other companies have applied, including Imperial Brands, which says it has submitted PMTAs for a "wide range of its myblu electronic vaping products," as well as Japan Tobacco, which submitted one for its Logic brand of e-cigs.

At least one independent vape manufacturer was also able to see it through to the end. E-Alternative Solutions, the maker of the Leap brand of devices and pods, submitted over two dozen applications for flavors and nicotine strength, as well as for its devices. Avail Vapor, one of the biggest vape shop chains (in which Altria once had a minority interest), says it also has submitted PMTAs for its products.

It's possible then this small coterie of companies account for the vast majority of PMTAs submitted. With applications running several hundred thousand pages long and containing scientific studies and data to support the application, only the most well-financed company can afford to submit an application.

Philip Morris, of course, is the only e-cig maker that's successfully made it all the way through, getting approval to market its IQOS as producing less harmful chemicals than cigarettes and reducing exposure to them. It gives the tobacco giant a competitive edge over even its well-heeled rivals.

At least one or two of the PMTAs others have submitted will likely be approved -- maybe even Juul, despite being excoriated regularly for its contribution to teen use of e-cigs. Without these other devices, the IQOS will have a monopoly on the market, and it seems doubtful tobacco regulators would want or allow that.

Yet the e-cig market is about to become significantly smaller in just a few days, a change that is not necessarily better for trying to wean smokers away from traditional cigarettes.