The tobacco industry may be reviled by some, but it has been a big winner for investors for much of its history. Throughout the 20th century, tobacco stocks were among the best performers, benefiting from an addictive, highly profitable, recession-proof product, plus a reputation for offering generous dividend yields to investors.

In fact, according to Wharton professor Jeremy Siegel, Altria Group (NYSE:MO), domestic maker of the Marlboro brand, was the best-performing stock on the market from 1968 to 2017 when including reinvested dividends. The cigarette maker's annualized average return was 20% during that time.

Today, however, tobacco companies face a new set of challenges. Smoking rates have steadily declined around the world, especially in the U.S., due to health concerns and increasing regulations. As a result, the industry has sought to pivot to next-generation products such as e-cigarettes and vaporizers, which circumvent some drawbacks of smokable cigarettes like unwanted odor and are perceived by some as better for your health. Some companies have looked beyond tobacco, partnering with cannabis businesses to capture the potential growth in an industry that bears many similarities to tobacco.

Tobacco stocks come with a number of risks, including increased regulation and declining smoking rates. Revenue and profit growth have been slow across the industry, but these stocks still appeal to investors because their profits and dividends have been so reliable, and profit margins are still strong. Investors are hopeful that next-generation products will eventually catalyze stronger growth.

A wave of consolidation in the industry has left just three major players in tobacco: Altria, Philip Morris International (NYSE:PM), and British American Tobacco (NYSE:BTI). With few competitors, these companies have been able to raise prices to generate more profits, even as cigarette sales volumes have fallen. After the big three, there are some smaller stocks investors may want to consider, including Imperial Brands (OTC:IMBBY) and Vector Group (NYSE:VGR).

Most of the discussion around tobacco stocks focuses on traditional cigarettes and next-generation products, but it's worth noting that these tobacco companies also sell smokeless products such as chewing tobacco, as well as cigars, pipe tobacco, and accessories like rolling papers.

The COVID-19 pandemic has had an impact on the industry, forcing plant shutdowns and slowdowns, and it even affected duty-free sales for Philip Morris. Altria's 9.5% stake in Anheuser-Busch InBev (NYSE:BUD) gave it additional exposure to the crisis; alcohol contracted significantly when bars and restaurants around the world closed. Still, as part of the consumer staples sector, the tobacco industry won't suffer any lasting scars from the pandemic. Stock prices for tobacco companies have mostly recovered since their sharp declines at the beginning of the pandemic.

Keep reading to learn more about some of the top stocks in tobacco.

The domestic manufacturer of Marlboro, Parliament, and Virginia Slims split from Philip Morris International in 2008, but it still owns Philip Morris USA, the subsidiary that oversees Altria Group's cigarette brands.

Almost all of Altria's sales come from the United States, where smoking rates have steadily declined over the past generation. According to the federal Centers for Disease Control and Prevention, the percentage of U.S. adults who smoke tobacco fell from 21% in 2005 to 14% in 2018. Not surprisingly, Altria's cigarette sales volumes have slipped, too. In 2021, its cigarette sales volume declined by 7.5% to 93.8 billion. In the first quarter of 2022, cigarette sales continued to decline, falling 6.3% from the first quarter of 2021 to 20.6 billion.

The long-term decline in tobacco smoking explains why Altria has taken steps to diversify away from traditional cigarettes, most notably taking a 35% stake in e-cigarette manufacturer Juul Labs and a 45% stake in Canadian cannabis grower Cronos Group (NASDAQ:CRON).

However, those investments haven't played out as investors hoped. In December 2018, Altria paid $12.8 billion for partial ownership of Juul, but after regulators forced Juul to stop making most of its flavored cartridges and questioned its marketing tactics, the e-cigarette company's valuation significantly fell. Altria has taken three writedowns on its Juul investment, and, as of September 2020, the stake was valued at just $1.6 billion.

In June 2022, the FDA said it would ban Juul in the U.S., although a lawsuit kept the ban from being immediately enforced. Juul has also faced a difficult regulatory environment in international markets and pulled out of five European countries in 2020.

The same month that Altria took a stake in Juul, it acquired 45% of Cronos Group for $1.8 billion and made the company its exclusive partner for cannabis. However, as of July 2022, the value of its stake was down by more than 75%.

Despite these headwinds, Altria Group remains a dividend powerhouse. It has raised its dividend 56 times in the past 52 years, effectively making it a Dividend Aristocrat (an unofficial status because of its spinoff history). Management has set a target payout ratio of 80% of earnings per share, knowing that its dividend is the main reason that shareholders own the stock. As of July 2022, its dividend yield was an attractive 8.6%. 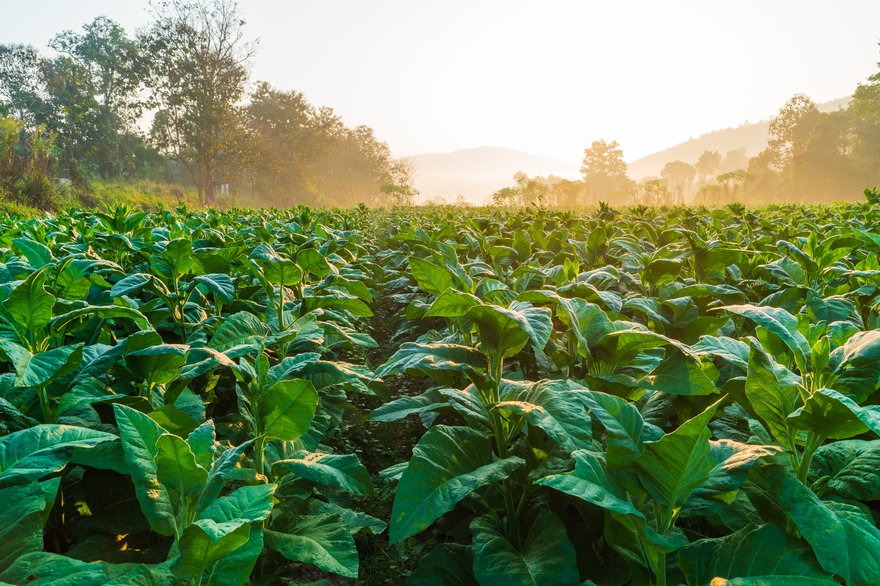 While Altria has looked outside of the company to diversify and cushion itself from the decline of cigarette sales, Philip Morris is pursuing an in-house strategy. The company -- which sells many of the same brands that Altria does except outside of the U.S. -- has pinned its hopes on heat-not-burn (HNB) tobacco products. Its primary offerings in this category are the devices and cartridges sold under its IQOS (widely believed to be an acronym for “I Quit Original Smoking”) brand.

While the HNB process is similar to the process used by vaporizers and e-cigarettes, devices such as the IQOS use tobacco rather than the liquid made for vaporizers. By staying focused on tobacco, Philip Morris is taking advantage of the same supply chain for IQOS that it does for traditional cigarettes while also enjoying attractive profit margins for IQOS cartridge sales. The company claims that HNB devices are safer than regular cigarettes because they don’t burn the tobacco; however, the science is still being debated, and the FDA has not concluded that HNB devices are safer than cigarettes. The strategy does seem to be successful since almost one-third of the company’s revenue now comes from smoke-free products, and IQOS is gaining market share in countries where it’s available.

Considering what happened with Juul, the IQOS brand runs a similar risk of regulatory crackdown internationally and in the U.S., where Philip Morris has partnered with Altria to sell the product line.

Like Altria, Philip Morris saw a decline in its cigarette sales volume in 2021, by about 0.6%. But its sales volume of heated tobacco units (HTUs) rose 24.8% in that same year, indicating that devices such as the IQOS have strong growth potential. In the first quarter of 2022, the company's cigarette sales volumes increased 1.9% due to a post-Covid recovery in some markets while HTU sales increased 14.2%. Philip Morris finished the first quarter of 2022 with 17.9 million IQOS users. Sales of HTUs are still much smaller than sales of traditional cigarettes, so it’s likely that the IQOS brand still has plenty of runway.

As a dividend stock, Philip Morris does not disappoint. Since its split from Altria in 2008, the company has raised its dividend every year, and its dividend had increased by 172% as of July 2022. The stock also offers a healthy dividend yield of 5.1% of the share price. If its history as part of Altria were included, it would qualify as another Dividend Aristocrat.

British American Tobacco (BAT) has become a titan of the industry as well, fueled by its $49 billion acquisition of Reynolds American in 2017. Today, the company owns a range of popular cigarette brands, including Camel, Newport, Dunhill, Natural American Spirit, and Lucky Strike, as well as next-gen products such as Vuse for vaporizing and glo for heat-not-burn smoking.

Like other tobacco companies, BAT is focused on substantially transitioning to next-gen products. In 2021, the company saw a 0.1% decline in its cigarette sales volume, although its sales volume of tobacco-heated products rose by 79%. Sales from new categories were about $2.6 billion, but the vast majority of its revenue still comes from cigarettes. The company is targeting 5 billion pounds (nearly $6 billion at current exchange rates) in income from next-gen products by 2025.

The advantage of investing in British American Tobacco over Altria and Philip Morris is that it provides exposure to the tobacco sector worldwide rather than in just the U.S. or just internationally. The company also sells a wide range of products, including cigarettes, vaporizers, chewing tobacco, and heated tobacco. Buying shares of BAT is the easiest way to gain portfolio exposure to the whole tobacco industry via just one stock.

British American also pays a generous dividend yield of 6.8%. Its high operating profit margin, which topped 40% in 2021, helps to ensure the dependability of the quarterly payout.

Tobacco companies all face the same conundrum these days. Although selling traditional cigarettes is highly profitable, the business is in decline and is expected to keep declining. Tobacco companies need to find new ways to grow and diversify their businesses.

Investors may want to consider investing in a basket of tobacco stocks to gain exposure to different growth strategies and cut down on risk. While income investors can still count on tobacco companies to deliver dividends, the path to growth in the industry is uncertain.

1 Surprising Stat That Could Help Jump-Start This Struggling Sector