Flying 74% higher in August, shares of Tesla (NASDAQ:TSLA) have plunged through the first half of September. Investors have slammed the brakes on their ebullience for the electric vehicle manufacturer, and the stock has fallen 24% since the start of the month. For investors charged up about the company's long-term prospects -- and who have nerves of steel -- the recent ups and downs may not be that concerning.

On the other hand, investors with a lower threshold for volatility are likely looking for the exit ramp. Fortunately, there are plenty of stocks more akin to the ease of the log flume than the hairpin turns of the roller coaster-like Tesla. We asked three of our Motley Fool contributors what stocks they think are the safest choices right now. They came back with NextEra Energy (NYSE:NEE), The Cooper Companies (NYSE:COO), and American Water Works (NYSE:AWK). Here's why they think these picks are great options today. 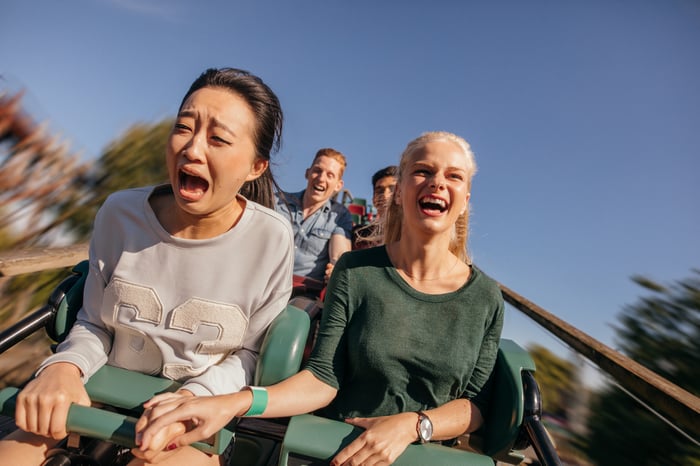 John Bromels (NextEra Energy): 2020 is shaping up to be one of the hottest years on record (again). That's sparked interest in renewable energy companies, and also in utilities. And you'll find both in the largest publicly traded utility in the world, NextEra Energy.

NextEra operates two electric utilities in Florida, where electricity is ever-more in demand, thanks to those rising temperatures and buildings' need for power-guzzling air conditioning well into the autumn months. That's helped NextEra churn out gobs of cash -- $5.5 billion in 2019 -- which is more than enough to maintain its utility network and also to pay the company's dividend.

You might be disappointed to learn that NextEra's dividend currently yields just 1.9%. However, you won't be disappointed to hear the reason: Despite 25 consecutive years of payout increases, NextEra's stock has been rising faster than the dividend. But those dividend increases should keep coming. NextEra is predicting 10% annual dividend growth through at least 2022.

The icing on the cake is NextEra's other business, generating renewable energy. Just over half the energy NextEra generates goes to its Florida customers. It sells the rest to customers around the country, churning out an additional $3.1 billion in cash in 2019.

With two reliable cash-producing businesses that are also rapidly growing, NextEra looks ready to continue its quiet and stable outperformance.

See into a profitable future with Cooper Companies

Lee Samaha (Cooper Companies): If you are looking for a company with safe and growing end markets, look no further than contact lens and women's health devices company Cooper Companies.

The bulk of its profits are made from CooperVision, with $506.4 million in 2019, and CooperSurgical chipping in with $87.9 million in 2019. In normal circumstances, both of Cooper's end markets are very stable. As you can see below, the company's revenue and gross profit proved resilient in the last recession. 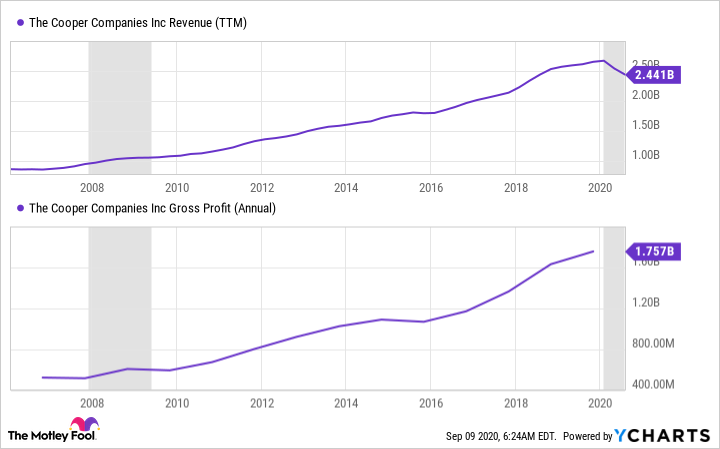 Of course, the current recession is anything but normal, and the stay-at-home measures have caused a temporary hit to Cooper's sales. For example, the company's year-over-year sales declined 15% in the recently reported third quarter, with CooperVision down 12% and CooperSurgical down 24%.

No matter. History suggests the healthcare stock's sales will bounce back strongly as the economy opens up and eye care professionals reopen for business. Similarly, CooperSurgical sales should improve as visits to obstetricians and gynecologists increase.

As such, analysts have Cooper's sales bouncing 13.1% in 2021 to around $2.75 billion with adjusted earnings-per-share of $12.64, putting it on 25 times 2021 estimated earnings. That's an attractive valuation given the high degree of certainty around its end markets and the long-term potential to grow sales of its (higher priced) silicone hydrogel and single-use contact lenses. Indeed, there's a case for arguing that single-use contact lenses will grow in popularity as a result of cleanliness concerns created by the coronavirus pandemic.

All told, Cooper Companies is a relatively safe way to invest in a very uncertain environment.

Dip your toes in the water

Scott Levine (American Water Works): Investors who find themselves exhausted with the vicissitudes of Tesla's stock may find comfort in the steadiness of a leading water utility like American Water Works, which distinguishes itself as "the largest and most geographically diverse, publicly traded water and wastewater utility company in the United States, as measured by both operating revenues and population served." And while investments in utility stocks are oftentimes assumed to have average returns, American Water Works has convincingly outperformed the S&P 500 over the past 10 years. 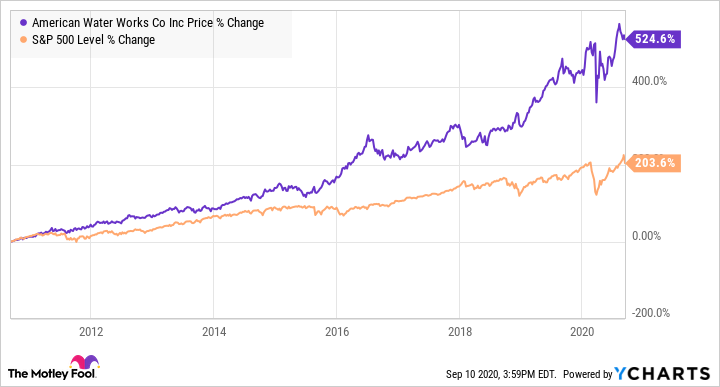 Whereas they don't have the sizzle associated with other sectors -- such as tech -- utility stocks are often the desire of conservative investors thanks to the steady nature of their businesses. American Water Works, for example, generates revenue from its market-based business dealings, but it's the company's regulated businesses segment that accounts for the lion's share of the company's annual operating revenue: approximately 87% over the past three years.

In addition to providing clear insight into its future finances -- something that behooves management as it seeks growth through acquisitions and capital expenditures -- the company is also well-equipped to return capital to shareholders without jeopardizing its financial health. Over the past 10 years, for instance, American Water Works has increased its dividend at a compound annual growth rate of 9.6%, during which time it has averaged a conservative payout ratio of 55.4%.

Turning to the balance sheet, investors will find an additional reason to wet their whistles with this water utility stock. Unlike some companies that find themselves in choppy waters due to their overreliance on debt, American Water Works maintains an investment grade balance sheet and a stable outlook as rated by Moody's and Standard and Poor's Rating Service.

With clear insight into its future cash flows and a strong balance sheet, American Water Works is a sound choice for cautious investors looking for a stock on the lower end of the risk spectrum.